The U.S. Patent and Trademark Office today published a newly granted Apple patent describing a goggle-like video headset designed to allow users to view media while on the go but with a much larger view than on their mobile device's built-in display (via Patently Apple).

Apple's patent is a relatively straightforward one with a single independent claim outlining a headset that contains adjustable optical modules for lining up with the user's eyes, but the full description of Apple's ideas includes such topics as allowing displays for each eye to be individually focused to provide vision correction, as well as possibilities for 3-D viewing similar to Oculus Rift's virtual reality headset.

Apple's patent was originally filed in May 2008 and is based on a provisional patent application filed in May 2007, but it has taken until now for the application to make its way through the review process to approval. This is also not the first time Apple has moved to patent concepts related to video headsets, with the company receiving a 2008 patent for a system in which laser light could be pumped from an external source into a lightweight goggle system to display images. As noted by Patently Apple, Apple has made a number of other moves over the years to expand on the possibilities for a video headset, but the company has yet to bring any such product to market.

APlotdevice
Well we are just a little over a year away from 2015: 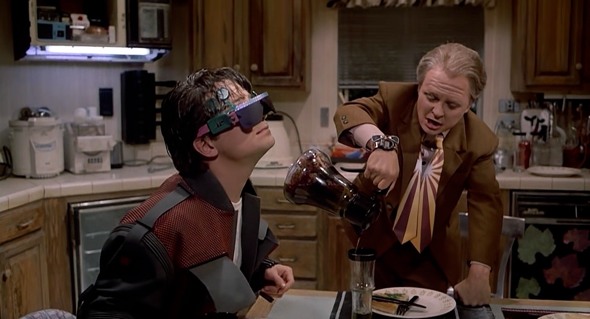 With the way Google Glass is shaping up, I can't see this total goggle approach taking off (thank god).

Are you kidding? Glasses make you look like a dork. Especially Google Glasses. But these will make you look totally bad-ass! Although you might need a helmet, body armor and a rifle to complete the look.
Score: 14 Votes (Like | Disagree)

smizzle
I'm more excited to see that they are bringing back the clickwheel!
Score: 8 Votes (Like | Disagree)
Read All Comments

Monday February 22, 2021 8:52 pm PST by Joe Rossignol
Apple plans to release two new MacBook Pro models equipped with an HDMI port and SD card reader in the second half of 2021, according to analyst Ming-Chi Kuo, who outlined his expectations in a research note obtained by MacRumors. The return of an SD card reader was first reported by Bloomberg's Mark Gurman last month. "We predict that Apple's two new MacBook Pro models in 2H21 will have...
Read Full Article • 444 comments

Tuesday February 23, 2021 7:07 am PST by Hartley Charlton
Over the past week, some M1 Mac users have been reporting alarming SSD health readings, suggesting that these devices are writing extraordinary amounts of data to their drives (via iMore). Across Twitter and the MacRumors forums, users are reporting that M1 Macs are experiencing extremely high drive writes over a short space of time. In what appear to be the most severe cases, M1 Macs are sai...
Read Full Article • 578 comments

Wednesday February 24, 2021 7:26 am PST by Hartley Charlton
Hit-and-miss leaker Jon Prosser has today alleged that the upcoming 2021 iMac models will offer five color options, mirroring the colors of the fourth-generation iPad Air, and revealed a number of additional details about the Mac Pro with Apple Silicon. In a new video on YouTube channel FrontPageTech, Prosser explained that the redesigned iMacs will come featuring options for Silver, Space ...
Read Full Article • 256 comments

Monday February 22, 2021 9:32 pm PST by Joe Rossignol
Taiwanese company Ennostar will begin production of Mini-LED backlight units for an upcoming 12.9-inch iPad Pro in the late first quarter or second quarter of this year, according to industry sources cited by DigiTimes. Ennostar is a holding company that was jointly established in January 2021 by LED-related manufacturers Epistar and Lextar Electronics. Apple is expected to unveil the new ...
Read Full Article • 48 comments