R&B singer Frank Ocean's next album, "Boy's Don't Cry," is set to be released this Friday through an exclusive deal with Apple Music, reports The New York Times. The release will include a major music video and a printed "Boys Don't Cry" publication to be distributed at Apple retail stores.

According to a source who spoke with The New York Times, Frank Ocean's album will be an Apple Music exclusive for two weeks before it becomes available on other music services. 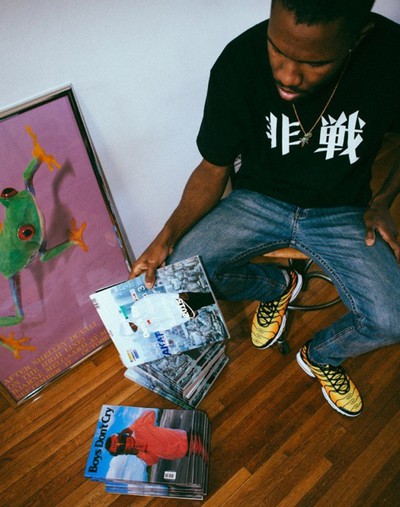 "Boys Don't Cry" is Frank Ocean's first album since his 2012 release "Channel Orange," which won a Grammy Award for best urban contemporary album. The album has seen several delays so far and The New York Times warns that its release could potentially be put off. Ocean's website was, however, updated this morning with a new promotional video hosted by Apple Music.

Apple Music, now over a year old, boasts more than 15 million subscribers as of June 2016.

MacFan23
I still don't believe this album is ever coming out.
Score: 6 Votes (Like | Disagree)

Kanye isn't going to be happy.

This is probably what he was crying about
Score: 5 Votes (Like | Disagree)

Great! Another artist that I couldn't care less about!

Please tell us when you release your next album and where can we get it.

Not if he wants to get the exposure he wants. He doesn't have the $400m fortune that Jay-Z has to fall back on.

radiology
Great! Another artist that I couldn't care less about!
Score: 3 Votes (Like | Disagree)
Read All Comments

Friday July 10, 2020 2:58 am PDT by Tim Hardwick
At last month's WWDC, Apple officially announced that its Mac computers will be transitioned from Intel x86 to homegrown Apple Silicon chips. Apple said it plans to deliver the first Apple Silicon Mac by the end of the year and complete the transition in about two years. According to Apple analyst Ming-Chi Kuo, a 13.3-inch MacBook Pro with a form factor similar to the current 13.3-inch...
Read Full Article • 184 comments