Apple will pay $25 million to settle a patent lawsuit with Network-1 Technologies' subsidiary Mirror World Technologies and license its patents, the companies announced today. The patent (No. 6,006,227) dates back to 1999, covering a system that stores documents in a stream ordered chronologically, similar to Apple's Cover Flow or Time Machine. 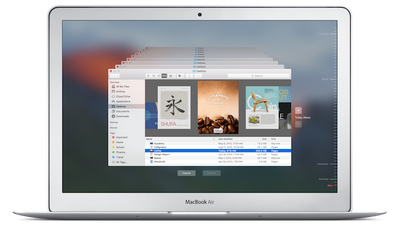 Under the terms of the agreement, Apple will receive a fully paid up non-exclusive license to the '227 Patent for its full term, which expired in 2016, along with certain rights to other patents in Network-1's portfolio. Network-1 will receive $25 million from Apple for the settlement and fully paid up license.

The technologies described in the patent were developed from the work of Yale University computer scientist Professor David Gelernter and his then-graduate student Dr. Eric Freeman in 1996. They then founded Mirror Worlds LLC, which began a long-running legal fight with Apple over the patent. In 2010, Apple was hit with a $625 million judgment over the patent. A year later, Apple won a reversal of the decision and the judge closed the case in Apple's favor.

In 2013, Mirror Worlds was purchased by Network-1 and the company acquired Mirror World's patents. Network-1 describes itself as a company "engaged in the development, licensing and protection of its intellectual property and proprietary technologies." Last year, the company also reached a settlement with Microsoft for $4.6 million over the same patent.

Maybe not trolls, but patent hoarders, and the only way they make money is by suing others.

Not saying they aren't justified since they own the patent. It's just a slimy business model.

Unless apple does it. Then its called protectiong intellectual property :)
Score: 35 Votes (Like | Disagree)

DocPenguin
You have violated my patent for a vessel that will hold a fluid substance containing molecules consisting of two hydrogen atoms and one oxygen atom. This vessel may be held to a users face at an angle from 280 degrees to 350 degrees causing the fluid to flow from the vessel into the user's mouth. This all to aid in the act of hydrating the user. Alternatively, other fluid substances beyond that which is mentioned above may also be contained and transferred within the aforementioned vessel.
Score: 28 Votes (Like | Disagree)

Seems like Apple has been busy copying rather than inventing or being creative these days. Sad isn't it?

xkmxkmxlmx
25 mil? That's like 5 million for each person that actually used cover flow more than once.
Score: 12 Votes (Like | Disagree)

Unless apple does it. Then its called protectiong intellectual property :)

Except that Apple actually MAKES things protected by the patents they own, whereas, "Network-1 describes itself as a company 'engaged in the development, licensing and protection of its intellectual property and proprietary technologies.'"

Or in other words, they don't make a damn thing.

Granted, not every patent Apple has is for something they've brought to market, but if they stopped making iDevices and just sued companies that infringed their patents, I'd say the same thing about them.
[doublepost=1468024654][/doublepost]

It seems like they were academic computer scientists coming up with innovative ideas. Not exactly my image of a patent troll but who knows.
[doublepost=1468023764][/doublepost]For those wondering Mirror Worlds LLC's compensation was

The original developers of the patent were academic computer scientists. Network-1 is anything but that.
Score: 11 Votes (Like | Disagree)

Smith288
So if I came up with a great idea but not enough capital to develop it, I shouldn't be able to "hoard" that intellectual property? Really? Companies should be able to come and take it without licensing it? Because, Apple? Please.
Score: 10 Votes (Like | Disagree)
Read All Comments

Monday December 5, 2022 11:44 am PST by Juli Clover
Due to production issues at Apple supplier factories in China, the iPhone 14 Pro and iPhone 14 Pro Max are backordered and basically out of stock at every store. If you were planning to gift or receive an iPhone 14 Pro model for the holidays and didn't already get one, you're basically out of luck because they're gone until late December. Subscribe to the MacRumors YouTube channel for more ...
Read Full Article • 206 comments