OS X 10.11.6 beta 5 can be downloaded through the Apple Developer Center or the Software Update mechanism in the Mac App Store. 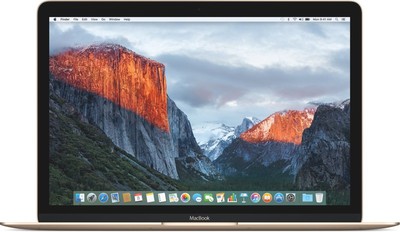 OS X 10.11.6, much like OS X 10.11.5 and the El Capitan updates that came before it, focuses mainly on performance improvements and bug fixes instead of obvious outward-facing changes. According to Apple's release notes, the update improves the stability, compatibility, and security of Macs.

No obvious changes or bug fixes were found in the first four betas, but we'll update this post should anything new be discovered in the fifth beta.

Bentron
All these people waiting to beta test Sierra and we get an incremental El Capitan update. Score!
Score: 3 Votes (Like | Disagree)

This is incorrect as the public beta for OS X aka. MacOS is not yet available.

It is for El Capitan, but not for Sierra. And of course this thread is about El Capitan, NOT Sierra!
Score: 1 Votes (Like | Disagree)

mscuthbert
No problems with changed Wifi speeds here on 10.11.6 beta five on a 2012 Macbook Air. (Not denying their problems or implying that the other posters said that their problem was universal)
Score: 1 Votes (Like | Disagree)
Read All Comments

Thursday March 4, 2021 8:37 pm PST by Eric Slivka
Earlier today, DigiTimes shared a preview of an upcoming report claiming that Apple is working on both iPad and Mac notebook models with OLED displays that could launch starting in 2022. The full report from DigiTimes is now available, and it includes several new alleged details about Apple's plans. According to the report, the first of these devices to adopt an OLED display is likely to be...
Read Full Article • 102 comments

Thursday March 4, 2021 8:19 am PST by Joe Rossignol
Apple plans to release new iPad and MacBook models with OLED displays in 2022, according to industry sources cited by Taiwanese supply chain publication DigiTimes. The information was shared in the site's paywalled "Before Going to Press" section, so there are no further details yet, but the full report should be released by tomorrow. Apple has gradually increased its adoption of OLED...
Read Full Article • 104 comments