Apple today released OS X 10.11.5 to the public, marking the launch of the fifth update to the El Capitan operating system that was first released on September 30, 2015. OS X 10.11.5 comes nearly two months after the release of OS X 10.11.4, an update that introduced Live Photos for Messages and password protected notes in the Notes app.

The OS X 10.11.5 update can be downloaded through the Software Update mechanism in the Mac App Store. It is available to all OS X El Capitan users. 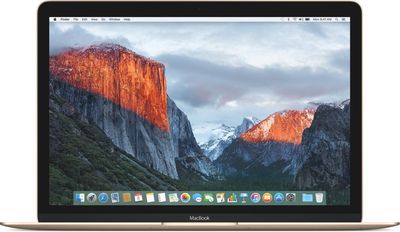 Most of the updates to OS X El Capitan have focused largely on under-the-hood improvements, bug fixes, and security enhancements rather than outward-facing changes, and OS X 10.11.5 is no exception. No obvious feature changes were discovered in the beta, and according to Apple's release notes, OS X 10.11.5 includes bug fixes, performance improvements, and security updates.

Prior to releasing the OS X 10.11.5 update, which has been in testing since April 6, Apple seeded four betas to developers and public beta testers.

efktd
I hope this fixes the issue where my iMac randomly looses it, freezes and restarts all by itself. A $3,000 machine shouldn't do this, especially in the middle of work.
Score: 21 Votes (Like | Disagree)

What on earth are you guys doing to your system that causes issues ? Not with Yosemite or this current OS have I had any problems. Of course I don't fool around with things. Everything stock and all have worked well. Only downloaded app would be a weather app.

Yeah, all these ppl are just messing their mac with crappy apps...
Everytime there is a bug that doesn't touch everyone we have this kind of comments :rolleyes:

Oh, and btw, didn't know a mac had to be used only with stock apps. Thanks for letting me know!:rolleyes:
Score: 14 Votes (Like | Disagree)

kevinkyoo
God, any picture of any MacBooks on MacRumors will make me jump a little
Score: 9 Votes (Like | Disagree)

Has Apple been better at releasing more timely bug fixes this year than they've been for the past few years?

Or maybe it's just had more bugs that they've had to fix?

I'm not trying to be negative, I'm being logical...

What on earth are you guys doing to your system that causes issues ? Not with Yosemite or this current OS have I had any problems. Of course I don't fool around with things. Everything stock and all have worked well. Only downloaded app would be a weather app.

Speaking for myself…I never had any problems either, until 10.11.4. I’ve installed such crazy apps as MS Office, a text editor, Steam, Scrivener. No crazy hacks.

Maybe, you know, when a lot of people start having the same problem after an OS upgrade ('https://forums.macrumors.com/threads/mac-users-reporting-widespread-system-freezes-with-os-x-el-capitan-10-11-4-update.1972409/unread')…maybe it was a bug in the OS that caused it? Not the people who are just using their computers in ordinary ways?

If you never install any software then why the **** did you waste money on a Macbook?
Score: 8 Votes (Like | Disagree)

The exact word I have been using and trying to get out there about Apple for several years. This "situation" isn't something that happened over night, signs have been there for a while. Having been close to Apple during the late 1980s and through the 1990s (working for and selling/consulting), I've seen this all before. Then I saw it again, at a distance, as Microsoft went through it. That hubris has once again seemingly taken such deep root at Apple is disheartening.

(As an aside, I know from having been in meetings with Apple VPs before Jobs' return that the Apple executive team at the time, perhaps contrary to the public perception, was crapping bricks about what was happening at Apple. They were lost. And scared. The "Apple Death Watch" narrative that the terrible, mean tech press was out to get Apple was the public story, but behind the scenes the team knew the end was nigh. Only, they were about 5 years too late to do much about it, and they were unable to create the Reality Distortion Field necessary to "magically" fix things. Steve, luckily, did that. But none of us should be under the illusion that "magic" is real; Steve's RDP didn't "save" Apple, it bought time, interest, and a loyalty and buy-in from the best and brightest in the company to come together and innovate their asses off. When I look at Apple today, I don't see that kind of hard work being done. Instead, I see a lot of fluff. "Bobby Trendy" talk about design method in puffy designer speak; what I don't see is good, clean engineering execution. I know Apple employees that are frustrated, afraid to speak out, and unhappy with the obvious diminished quality. I see, once again, a devout Apple press lapping up what Apple pushes, undercritically, with an intensely rabid "fanboy" community that lashes out against any critique. I've seen it before, just like this. It bred a destructive hubris that brought down the company. But at least then the execs were scared; now, I get no feel that Cook, Cue, et all are the slightest bit in tune with things. Instead, they see a $200BILLION dollar cash hoard as justification. They're doing everything right! CusSat is off the charts! Lemmings are buying, Vogue is running cover stories, and they're driving MOVEMENTS, maaaan. I wish them luck. Could be a rough next five years.)
Score: 8 Votes (Like | Disagree)
Read All Comments