Friend connected with Apple through ResearchKit, which Sage has been involved in since before ResearchKit launched in 2015.

Sage Bionetworks designed and launched two of the first ResearchKit studies, including the mPower study on Parkinson's Disease and the Share the Journey study for breast cancer survivors. The company also developed and launched Bridge Server, software that provides back-end data collection and distribution for mobile health apps, which is used by other ResearchKit participants.

As stated by Dr. Friend, "Even though it has been exciting to watch a shift in how researchers work together and in how patients track their own disease, most exciting is how well Sage is now positioned to continue this quest to change how research is done and how people manage their health."

Prior to co-founding Sage Bionetworks, where he will stay on as chairman of the board, Friend, a noted cancer researcher, led oncology research at Merck & Co and served on the faculty at Harvard Medical School.

Since launching in 2015, ResearchKit studies have been conducted in many countries around the world, including Australia, Austria, China, Germany, Hong Kong, Ireland, Japan, Netherlands, Switzerland, the UK and the US, and have covered issues like asthma, postpartum depression, and cardiovascular disease.

Following the success of its ResearchKit platform, Apple has expanded its healthcare efforts with the April launch of CareKit. While ResearchKit is designed to help researchers collect information from thousands of patients at one time to study diseases, CareKit allows developers to build apps that will let doctors better interface with patients.

ipedro
Under Tim Cook, and perhaps inspired by the untimely death of its founder, Apple is en route to becoming a health company. I love where this is going.

I see a time not too far from today where your AppleWatch will track all of your vitals and diagnose any issues that you need to watch or act on before they become real problems and even before there are any symptoms. Apple is well on its way to building a functioning tricorder that'll in fact improve on the concept by being wearable and unobtrusive. By quickly going mainstream as Apple products do, it'll disrupt the health industry and make a real change in the world by improving human health and extending our lives. That's the ultimate goal isn't it? 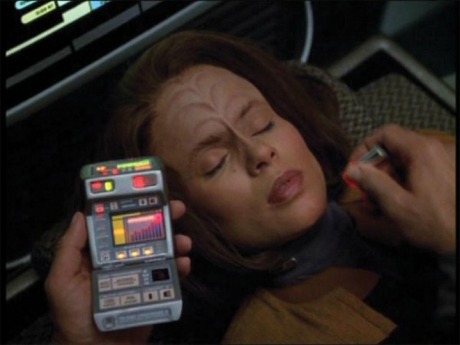 macduke
Good to see them hiring top-talent for their health projects. The thing that has me most excited for the future are wearables that help us to stay healthier. Anything that can help improve health and give a heads up about early warning signs are welcome. Preventative health has a really bright future, and Apple should be leading the charge with their strict stance on privacy and ability to bring it mainstream. I look forward to one day wearing a device that's almost like a Star Trek Tricorder, measuring multiple vital readings across several different metrics, combined with AI that can intelligently inform not only myself but my doctor about what's going on. And as Apple is keenly aware, such a device would allow for incredibly intricate medical studies where nearly all variables could be controlled and tested against.
Score: 1 Votes (Like | Disagree)
Read All Comments