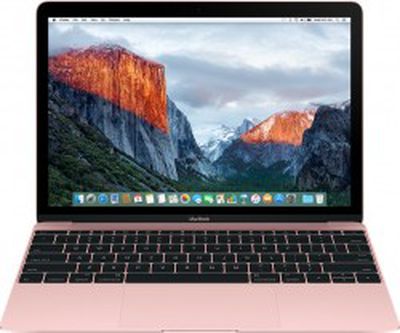 At WWDC 2016 next week, Apple will unveil the next major versions of iOS and OS X. Based on Apple's historic naming pattern, the operating systems are presumptively referred to as iOS 10 and OS X 10.12. However, there is evidence to suggest that Apple may instead rebrand OS X as macOS, in line with iOS, tvOS, and watchOS.

Ahead of the keynote, MacRumors readers have been sharing their iOS 10 and OS X 10.12 wishlists in our discussion forums. For OS X 10.12, some of the most popular feature requests include Siri integration, remote unlocking, Safari picture-in-picture capabilities, expanded Continuity and Handoff features, Mission Control and Notification Center improvements, a system-wide Dark Mode, and more.

Siri debuted in beta on the iPhone 4s in late 2011, and it has since expanded to iPad, iPod touch and, in a more restricted form, Apple Watch and Apple TV. Since then, Mac users have hoped that Apple will bring the virtual assistant to OS X, and the latest rumors suggest that may finally happen this year.

"This one is heavily rumoured for this year, and not without good reason," writes MacRumors reader Joseph H. "It's madness the personal assistant is not on Mac yet. There are tons of useful queries we could ask the assistant which could range from searching to launching and quitting apps to simply restarting the machine."

We previously reported that Siri will have a menu bar icon on OS X 10.12, positioned next to the Notification Center toggle, along with a colorful dock icon. When either is clicked, a waveform will pop up to give users a visual cue that the virtual assistant is listening for commands, akin to holding down the Home button on iOS devices.

When a supported Mac is connected to a power source, users will be able to make hands-free "Hey Siri" voice commands, just like on the latest iPhones and iPads. OS X users will also be able to set a keyboard shortcut to activate Siri and configure other settings through System Preferences.

Many users also hope that Siri on Mac will have an option to provide feedback.

A common item among OS X wishlists is the ability to unlock a Mac without typing a password, such as with Touch ID, facial recognition, or a trackpad pattern, and the functionality could be introduced as early as this year.

KGI Securities analyst Ming-Chi Kuo recently said that Apple's next-generation MacBook Pro will feature Touch ID, but he did not specify if the fingerprint reader will be integrated into the notebook as a hardware feature.

We previously reported that Apple is working on an auto unlock function that would allow an iPhone, and possibly Apple Watch, to unlock a Mac when in close proximity, alleviating the need to enter a password on a password-protected Mac.

The feature, which uses Bluetooth LE frameworks, would likely work hand-in-hand with rumored Apple Pay support for web browsers. Remote unlocking could be introduced as part of OS X 10.12, but there is a chance that the function could be shelved until a later date if internal development is not completed in time.

Read more about the features people are hoping for in OS X in the dedicated OS X 10.12 wishlist thread on the forums.

The new version of OS X or macOS will be unveiled alongside iOS 10, and possibly new tvOS and watchOS versions, on Monday, June 13 at Apple's Worldwide Developers Conference keynote. The event is set to kick off at 10:00 a.m. Pacific Time.

Glassed Silver
* New filesystem that isn't an affront to data integrity would he nice.
* H.265 in QuickTime/iTunes.
* Bringing back a plethora of features (like "Save as..." over Duplicate!)
* Bring back old "Get info" in iTunes. Also, don't nest the media kind picker... WTF. One extra click for what? My screen is 27", no need to nest that!
* Fix Samba........
* Let me disable keyboard/mouse battery warnings ffs...
* Overall: give me more granular control over notifications. On iOS too. e.g.: I'd love to BAN and mark as SPAM notifications with a certain wording. No, not all Facebook notifications are bad, but by God I swear they are some of the worst spammers out there. The "no advertisements" rule also isn't enforced. So if Apple don't police it, let me do it. I can do it with my emails, why not put me in the driver's seat with notifications? Makes no sense.
* Siri would be nice sure, but it's nothing I dearly need. It's certainly not going to wow me, so you better have enough stuff bundled up if you want to surprise me like in the old days.
* Feature parity with iOS where you can reasonable expect it. (and vice versa) Seriously, this year-long wait of features finally being on both platforms is tiring. Thought the whole point of all-Apple is the great vertical integration? What gives?
* If you still insist on selling Macs with HDDs (and also obviously support new OSes on older machines) you should really alter how OS X works on devices equipped with the scrub you put into them: kicking off Time Machine backups AND Spotlight re-indexing all at once WHILST login items are still loading? Sweet Jesus, it doesn't take a software engineer to figure out how this cannot possibly be a good idea. On an SSD sure, it will hardly matter, especially with great IOPS performance, but come on... Basic thinking! (then again I feel the desire to up-sell people into SSDs is strong, as you can use that infuriating experience as a great pitch!)

Oh hell yeah!
There's many more situations where focus will be stolen, but I wholeheartedly agree.
Especially when typing, or at least then, OS X should detect that you're trying to get stuff done and not bother you in such a way.

Mums
I wish for stability.
Score: 6 Votes (Like | Disagree)

Preclaro_tipo
* Make Fusion Drive standard in every base configuration.

kicking off Time Machine backups AND Spotlight re-indexing all at once WHILST login items are still loading? Sweet Jesus, it doesn't take a software engineer to figure out how this cannot possibly a good idea.

Sakurambo-kun
Vulkan please. OpenGL is basically abandonware in OS X at this point, and Metal adoption is essentially zero. So it has to be vulcan. Pretty please Apple?
Score: 5 Votes (Like | Disagree)

* Update the antiquated file system to something like ZFS;

* Make options visible and stop with the hide and seek UI.
* Return Disk Utility's ability to create RAIDs
* Update Time Machine so it scales better with large databases and works reliably with NAS boxes
* Stop with all the phoning home and give users to the option to turn this stuff off via a UI instead of Terminal.app
Score: 4 Votes (Like | Disagree)
Read All Comments