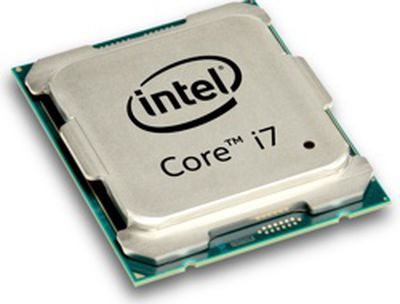 Intel's next-generation Kaby Lake processors are still on track for a late 2016 launch and are set to enter production by the end of this quarter, according to an announcement made by Intel at Computex.

Earlier this year, Intel announced it was no longer adhering to its "tick-tock" processor release cycle, which saw it alternating between shrinking chip fabrication processes and building new architectures each year. Kaby Lake, rather than being built on a smaller process, will be the third member of the 14-nanometer family after Broadwell and Skylake, and is the successor to Skylake.

Kaby Lake is considered a semi-tock with optimized microarchitecture. It supports Thunderbolt 3 and native USB 3.1, but it will not feature support for DisplayPort 1.3, so Macs with Kaby Lake chips will remain unable to drive 5K displays over a single-stream cable. According to Intel, Kaby Lake will feature advancements in performance, battery, and media capabilities.

Intel's last two chip releases were plagued with delay after delay, which is likely the reason why the company decided to move away from its long-running tick-tock policy. Several of Apple's Macs, including the Retina MacBook Pro, have been impacted by Intel's chip delays over the last few years with unusual update cycles and long periods of time between updates.

With Kaby Lake chips set to debut in late 2016, it is possible refreshed Macs released late in the year could take advantage of the new processors, depending on when Kaby Lake chips appropriate for each Mac launch. iMacs, for example, are likely to be refreshed in the later months of 2016, and recent rumors have also suggested we won't be seeing a refreshed Retina MacBook Pro until the fourth calendar quarter of the year.

Intel is also beginning production on entry-level Apollo Lake processors, also set to launch before the end of the year. Apollo Lake is designed for Atom-based notebooks like all-in-one machines and tablet PCs.

Elijen
In other news: Apple reportedly working on Kaby Lake processors integration for release in early 2030 for their MBP line up.
Score: 27 Votes (Like | Disagree)

*2008 MBP slowly wakes. Weary knees shaking, old hand trembling. Stands and with all the strength it can muster, tries to jump out the window*...

Junior117
I read that as "Kirby Lake" for some reason.

Maybe I've been playing too many Kirby games in the past week...
Score: 6 Votes (Like | Disagree)

Intel's last two chip releases were plagued with delay after delay, which is likely the reason why the company decided to move away from its long-running tick-tock policy.

This is a symptom of a larger problem at Intel. They continue to hire "under represented minorities", refuse to fire under performing employees of the same, and refuse to hire good people if they are not a member of a minority group. So, what they now have is a situation where they have ticked a bunch of boxes to appease multiple groups to the detriment of the company.

With this latest labor reduction, Intel's hope is to cut staffing in half (unofficially). They are firing employees who have long tenure, are white, and male. Black female employees get a pass unless their performance is severely sub par.

My guess is, Intel will continue to struggle as long as their hiring and firing policies only look at color of skin and genitalia as decision matrices.

Several of Apple's Macs, including the Retina MacBook Pro, have been impacted by Intel's chip delays over the last few years with unusual update cycles and long periods of time between updates.

That's a cop-out by Apple. Nothing's stopping them from releasing new equipment that's upgraded in other areas besides processor architecture. Their customers are already telling them with their wallets that "spec bumps" don't cut it anymore. Time to toss Ive to the curb and hire someone who can come up with a halfway decent product at least once a year, as opposed to Jony who can't be bothered for years at a time.
Score: 4 Votes (Like | Disagree)
Read All Comments