Nintendo of America has announced that it will release two more smartphone games, based on its popular, long-running franchises Animal Crossing and Fire Emblem, later this year, as part of the Japanese company's commitment to release five smartphone games by March 2017. 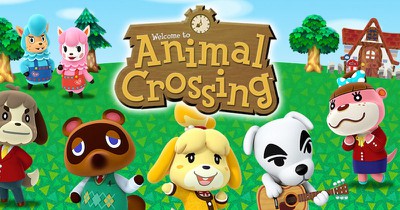 Nintendo fans are cautiously optimistic about the upcoming titles, which will not be direct ports of the console-based games but rather mobile-optimized spinoffs that could involve a series of in-app purchases. Nintendo declined to say whether the games will be free to download on the App Store.

Animal Crossing, based on a simulated world of animals, and Fire Emblem, a tactical RPG, are expected to be "more accessible" and "connected" versions of the traditional console-based games. The titles can currently be played on Nintendo 3DS, Wii U, and multiple other Nintendo platforms.

As for the former app, while making it more accessible in comparison to the Fire Emblem games for Nintendo’s dedicated gaming systems, Nintendo aims to offer the great value of a role-playing strategy game. Nintendo will design the latter game so that it will be connected with the world of Animal Crossing for dedicated gaming systems. By playing both Animal Crossing games, users will find increased enjoyment.

Nintendo's first iOS app Miitomo debuted on the App Store last month in partnership with Japanese developer DeNA. The social-based game allows players to create and customize avatars called "Miis," chat with other players, play mini games to earn coins and tickets that can be used towards purchasing new outfits, and more.

Miitomo is believed to be off to a good start for Nintendo, earning the struggling game maker an estimated $280,000 per week in in-app purchases revenue, but the company's most dedicated fans remain hopeful that it will eventually release smartphone games based on its most iconic franchises like Super Mario and Legend of Zelda.

For now, fans will have to make do with Animal Crossing and Fire Emblem.

Christoffee
Animal Crossing will be a great mobile game! Dipping in and out all day will be perfect. Bit of fruit collecting, back to work. Write a letter, talk to my wife. Plant some trees, watch TV. A great low stress game.
Score: 7 Votes (Like | Disagree)

mattopotamus
Mario. Everyone wants Mario games! Would love some official support for those games on the ATV. Mario tennis was amazing.
Score: 4 Votes (Like | Disagree)

ncbetz
I love Animal Crossing! It's the only Nintendo game I loved to play.
Score: 4 Votes (Like | Disagree)
Read All Comments