Apple this morning launched a new Twitter account for Apple News, giving its Apple News team a way to promote stories and content on the social network. Created last year but activated today, the Apple News Twitter account will be used to share "top stories" and "great reads" curated by Apple News editors in the United States. 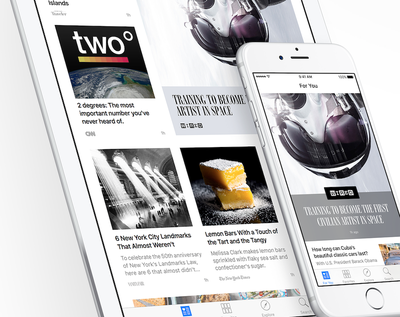 Apple's biggest push into Twitter came last month with the launch of the Apple Support account on the social network, which is dedicated to answering customer support questions. Though Apple has multiple Twitter accounts for support and services, it does not have a main company-wide @Apple Twitter account in use, but many Apple executives maintain personal Twitter accounts including Tim Cook, Phil Schiller, and Eddy Cue.

garirry
I don't want to speak for everyone, but I never use Apple News, and never wanted to. Why would I need a Twitter account for that then.
Score: 10 Votes (Like | Disagree)

nt5672
Make way for the excitingly new Apple politically correct news feed. Nothing real, nothing to hurt anyones feelings, perfectively predicted to soothe the ills of the world by leaving out controversy and reality. Be the first to get your government indoctrination from Apple. It feels so good.
Score: 9 Votes (Like | Disagree)

ksnell
Doesn't that defeat the purpose? I thought the app was supposed to keep you from going to other places for news?
Score: 9 Votes (Like | Disagree)

rdlink
Wait. A news feed to direct me to a news feed?
Score: 4 Votes (Like | Disagree)

DaJoNel
I don't know about you, but "curated news" just sounds like censorship.
Score: 4 Votes (Like | Disagree)