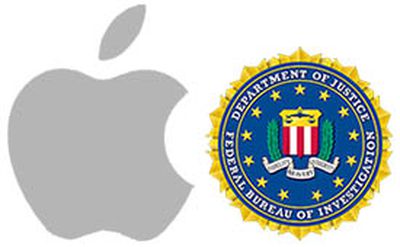 Amid a monumental dispute with the United States government over an order to hack into the iPhone 5c of San Bernardino shooter Syed Farook, The New York Times says Apple has already begun work on implementing stronger security measures "even it can't hack" to protect iOS devices.

The FBI has asked Apple to help it brute force the passcode on Farook's iPhone by creating a version of iOS that would both disable passcode security features and allow passcodes to be entered electronically. The new security measures Apple is working on would prevent the government from using similar passcode bypassing techniques to access iOS devices in the future.

Apple has announced its intentions to challenge the order that would force it to help the FBI, calling the software the FBI wants "too dangerous to create." The company has also said that such software could be used to "unlock any iPhone" available today, including its most recent devices. If Apple loses the fight against the FBI and is forced to create the software in question, stronger security would ensure it could not go on to be used again.

Apple and other technology companies believe that the order to hack into the iPhone sets a dangerous precedent that could lead to a weakening of overall device encryption, something the government has denied while also pursing other court orders that would require Apple to help law enforcement extract data from 12 other encrypted iPhones.

Earlier this week, Apple called on the U.S. government to drop the case and form a commission or panel of experts on intelligence, technology, and civil liberties to discuss the implications of what the FBI is asking on national security, privacy, and personal freedoms.

F you government, we the people.
Score: 36 Votes (Like | Disagree)

JimmyHook
Here's the plain truth. Apple asked the FBI to get the court order in private, and Apple would have battled in private. The FBI has an agenda, so they went to the press thinking they could use terrorism to force Apple's hand. They fired the first shot. They didn't expect Tim Cook to go nuclear with that first letter and subsequent statements. Too bad FBI, you failed. Now you'll see an iPhone that cannot be broken into no matter how many court orders you get. Wanna cry about it? I'd rather die in a terror attack than live in a society where the government can dictate how I communicate.
Score: 15 Votes (Like | Disagree)

Mainwhile, i will just get some popcorn and watching the drama unfold.

Meanwhile I'll just stroll out to the mailbox and see if I have received yet another credit card replacement after some corporate dunce of a CEO has rolled the dice on security as a cuttable cost, and lost yet again while not bothering to secure customer data, hence breach, hence new card. You wonder how many of us actually still have an identity that is not out there fully assembled and waiting to be assumed by someone else for the best price.
Score: 11 Votes (Like | Disagree)

FloatingBones
One other thing I see not discussed: the terrorists will soon adapt and will wipe and/or physically destroy their smartphones, and this issue will be largely moot.
I urge anyone who hasn't done so to sign the petition:
https://petitions.whitehouse.gov/petition/apple-privacy-petition . At the very least, this will force the Obama administration itself to publicly make the case for these FBI actions.
Score: 10 Votes (Like | Disagree)

mrgraff
Could God create a rock so heavy He could not lift it?
Score: 6 Votes (Like | Disagree)

CFreymarc
DefCon will be extra special this year!
Score: 6 Votes (Like | Disagree)
Read All Comments