Shortly after Apple was ordered to help the FBI recover data from the San Bernardino shooter's iPhone, Apple quickly said they would oppose the order, garnering the support of other major tech companies like Facebook, Twitter, Google and Microsoft. In a new interview with the Financial Times, former Microsoft CEO Bill Gates has instead backed the FBI, denying that they are asking for a back door. 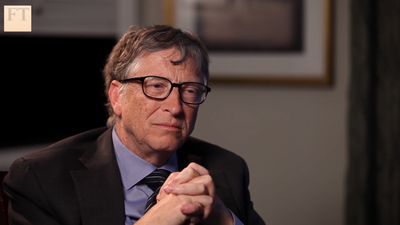 “This is a specific case where the government is asking for access to information. They are not asking for some general thing, they are asking for a particular case,” Mr Gates told the Financial Times.

While Apple CEO Tim Cook has consistently argued that unlocking one device would set a dangerous precedent, Gates doesn't believe that it would. He argues that Apple has access to the information, but that they are declining to provide access to the information. Gates compares it to when a bank or telephone company is requested to give up records for a particular person.

Gates went on to say that there were benefits to governments having some access to information, but that there would have to be rules in place to limit how they can access that information. He says that he hopes people will "have that debate so that safeguards are built and so people do not opt out -- and this will be in country by country -- [to say] it is better that the government does not have access to any information."


FBI Director James Comey said in an editorial yesterday that the request was "not trying to set a precedent" and that it was instead about "the victims and justice." However, the FBI also confirmed that it had worked with San Bernardino county officials to reset the iCloud password of San Bernardino shooter Syed Farook. Apple said that, had the FBI not attempted to reset the password, the company would have been able to access the needed information as the iCloud backups would have still been accessible.

The FBI then requested a version of iOS that would remove passcode features like time limits and data erasure measures and other tools to access the iPhone. Apple has maintained that creating such a tool would open a can of worms, setting a dangerous precedent and allowing both bad guys and good guys to take advantage.

Update: In an interview with Bloomberg, Gates said he "was disappointed" with headlines stating he sides with the FBI.

"That doesn’t state my view on this. I do believe that with the right safeguards, there are cases where the government, on our behalf, — like stopping terrorism, which could get worse in the future — …is valuable.”

drumcat
Because they'll continue to play by the rules? No. Bill, on this one, you're wrong.

BuddyTronic
When encryption is outlawed, only outlaws will have encryption
Score: 68 Votes (Like | Disagree) 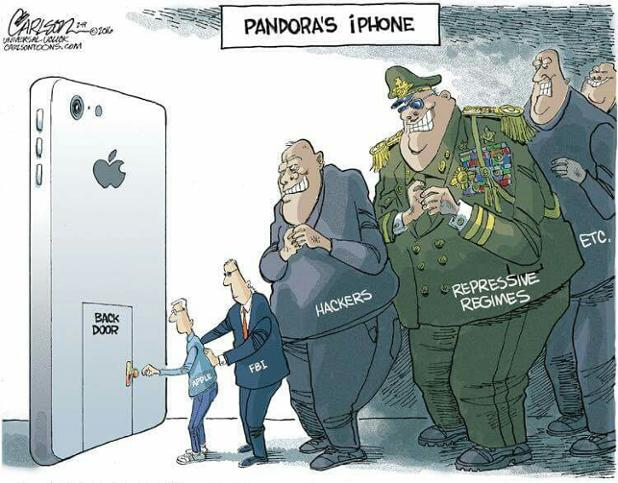 i just found this on the internet
Score: 41 Votes (Like | Disagree)

Wednesday June 29, 2022 4:43 am PDT by Sami Fathi
Fifteen years ago to this day, the iPhone, the revolutionary device presented to the world by the late Steve Jobs, officially went on sale. The first iPhone was announced by Steve Jobs on January 9, 2007, and went on sale on June 29, 2007. "An iPod, a phone, an internet mobile communicator... these are not three separate devices," Jobs famously said. "Today, Apple is going to reinvent the...
Read Full Article • 227 comments