Apple's next media event, where it is rumored to announce updates across three product categories, is tentatively planned for Tuesday, March 15, according to 9to5Mac. The date could change over the next six weeks.

As the scheduled event is still a month-and-a-half away, the date could conceivably still shift or turn into an online announcement. The media event would be Apple’s first since September, and much like the fall event, is planned to touch on three major product categories for the company.

At the media event, its first since September, Apple CEO Tim Cook and other executives are expected to introduce the new 4-inch "iPhone 5se" and iPad Air 3, alongside minor Apple Watch updates, including new bands. 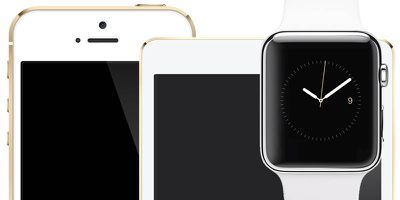 Details surrounding the iPad Air 3 are less clear, but leaked design drawings and aftermarket cases suggest the new 9.7-inch tablet could have a rear-facing LED camera flash, Smart Connector, and four speakers like the iPad Pro.

Taiwanese website DigiTimes also said the iPad Air 3 will have a high-resolution 4K display and up to 4GB of RAM, but the report is questionable due to the publication's mixed track record at reporting on Apple's upcoming product plans.

Last, earlier rumors suggested an "Apple Watch 2" could debut around March, but the wrist-worn device will likely only receive minor updates, including new bands and possibly a FaceTime camera, at next month's purported media event.

Update: BuzzFeed's John Paczkowski has confirmed March 15 as the date when Apple will hold its spring event to unveil a smaller iPhone, a new iPad, and new watch bands.

d4rklamp
Damn all I care about is some updates to the MacBook lineup now that Skylake is available...
Score: 40 Votes (Like | Disagree)

oliversl
I really miss the power button at the top. "Please press the right button for 10 seconds", "The one with the plug sign?", "When I try to power off the device the volume change ..."
Score: 18 Votes (Like | Disagree)

Chupa Chupa
March 15? Probably will be as disappointing a day for us as it was for Caesar.
Score: 12 Votes (Like | Disagree)

There has to be more.
Score: 9 Votes (Like | Disagree)

Small White Car
To all of the tech-experts in here who think the 5se is just a pointless minor bump that doesn't need an event:

My mother actually asked me about it the other day and I can promise you she is NOT reading Apple rumor sites. Not only did this news somehow get to her, she and my father are both very excited by the concept of this phone.

I can't even remember the last time she asked me about an Apple product before the official announcement.

Once again, the Mac Rumors forum posters make the mistake of thinking their needs are normal or average.
Score: 9 Votes (Like | Disagree)

FSMBP
Just happy that Apple is releasing major products outside of September/October.
Score: 8 Votes (Like | Disagree)
Read All Comments