Apple Pay Coming to China Through Partnership With China UnionPay

Apple today announced a new partnership with China UnionPay, which will see Apple Pay expanding to China in early 2016. Through the partnership, China UnionPay cardholders will be able to use their bank cards with Apple Pay on the iPhone, Apple Watch, and iPad (within apps). 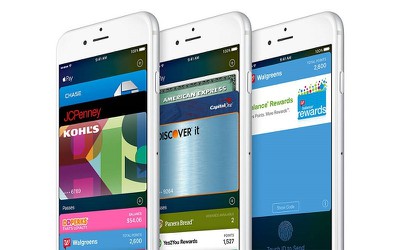 "Apple Pay has revolutionized the way millions of people pay every day with their iPhone, Apple Watch and iPad," said Eddy Cue, Apple's senior vice president of Internet Software and Services. "China is an extremely important market for Apple and with China UnionPay and support from 15 of China's leading banks, users will soon have a convenient, private and secure payment experience."

Apple Pay in the country will work with the China UnionPay Quickpass, an existing contactless payment service. Customers will be able to hold an iPhone or Apple Watch near a UnionPay QuickPass-enabled point-of-sale terminal to make a payment at participating stores.

Reaching a deal to bring Apple Pay to China has been a priority for Apple, given China's increasing importance to the company. A partnership between Apple and China UnionPay was first hinted at in February, when the first iOS 8.3 beta introduced support for the China UnionPay network. Talks reportedly stalled later that month, but in the weeks ahead of today's announcement, rumors pointing towards a deal picked up.

A recent rumor has suggested Apple is aiming to launch Apple Pay in China before February 8, 2016, which marks the start of Chinese New Year. According to Apple's press release, the service will be available following "relevant tests and certification" required by Chinese regulators.

jayducharme
Wow. I didn't think they'd be able to work out the necessary deals that quickly. This is going to be huge for Apple. (Meanwhile, my local bank still doesn't support ApplePay....)
Score: 4 Votes (Like | Disagree)

realeric
I haven't had any chances to use Apple pay for two years yet. Maybe it's because I live in underdeveloped states, us.
Score: 3 Votes (Like | Disagree)

SactoGuy18
This is huge for Apple because China UnionPay is one of the fastest-growing brand of credit cards in the world, and it could be extremely useful in much of eastern Asia.

I do think Apple is working on an update to iOS 9.x that may finally add full support for NFC payments that use the NTT docomo Osaifu-Keitai standard. That will make it possible for payment systems like JR East Mobile Suica, Seven & i nanaco, and Rakuten Edy mobile payments to operate through the iPhone 6 and newer models.
Score: 2 Votes (Like | Disagree)

Andres Cantu
The more, the better! I can't wait to see the progress Apple Pay makes in 2016 :)
Score: 1 Votes (Like | Disagree)