Samsung today asked the United States Supreme Court to hear its latest appeal in its ongoing patent battle with Apple, reports Re/code. In August, following a rejection from the U.S. Federal Circuit Court of Appeals, Samsung said it would take its case to the Supreme Court by November, and it has now followed through with those plans.

In its appeal, which also includes a wider criticism on patent law, Samsung says the jury was not provided with enough information to understand the patents, a problem it says afflicts many design patent cases.

"Samsung is escalating this case because it believes that the way the laws were interpreted is not in line with modern times," it said in a statement. "If the current legal precedent stands, it could diminish innovation, stifle competition, pave the way for design patent troll litigation and negatively impact the economy and consumers."

Samsung has already agreed to pay a $548 million settlement to Apple, with the full sum expected to be paid by today, but should the Supreme Court rule in Samsung's favor, there is a clause that would require Apple to pay back the money.

Apple and Samsung have been battling over patent infringement issues since 2012, when a jury ruled Samsung willfully violated multiple Apple patents, resulting in $1 billion in damages. Since then, Samsung has been fighting the ruling. Over the course of several appeals and a partial retrial, Samsung has gotten the damages reduced to the $548 million total.

Samsung's appeal to the Supreme Court is a last ditch effort. Should the Supreme Court refuse to hear its appeal or rule in Apple's favor, Samsung will not be able to recoup the $548 million it is paying to Apple. Samsung could have some difficulty convincing the Supreme Court to look at its case, as the court is notoriously selective about the cases it agrees to hear.

Yep ever since apple copied Samsung's screen sizes. Every company steals from each other so I don't see Samsung being able to prove that they didn't and getting off.

Our patent system needs some major reforms, but this isn't a case that seems likely going to make the Supreme Court to make any changes to it.

Screen sizes? Are you flipping serious? Since the birth of displays, there has been a multitude of screen sizes. Samsung didn't invent different screen sizes. Screen size is not an invention or a technological breakthrough. It's exactly what it says a SIZE. If the patent system was fixed properly Samsung would owe a whole hell of a lot more. Samsung didn't invent "Monkey See, Monkey do" but they damn well perfected it.
Score: 24 Votes (Like | Disagree) 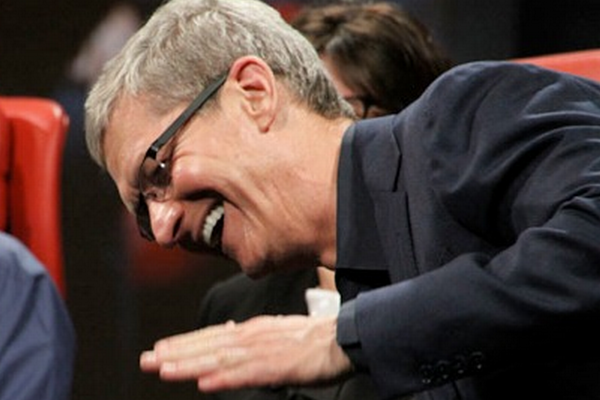 Norbs12
Not a lawyer so I'm not sure if it's possible but would be very hilarious if the Supreme Court ended up increasing how much Samsung had to pay.
Score: 17 Votes (Like | Disagree)

nepalisherpa
Their next phone is rumored to have Force Touch! Samsung, you crack me up!
Score: 16 Votes (Like | Disagree)

Yep ever since apple copied Samsung's screen sizes. Every company steals from each other so I don't see Samsung being able to prove that they didn't and getting off.

Our patent system needs some major reforms, but this isn't a case that seems likely going to make the Supreme Court to make any changes to it.

Yep ever since apple copied Samsung's screen sizes. Every company steals from each other...

Come on, let's be honest guys 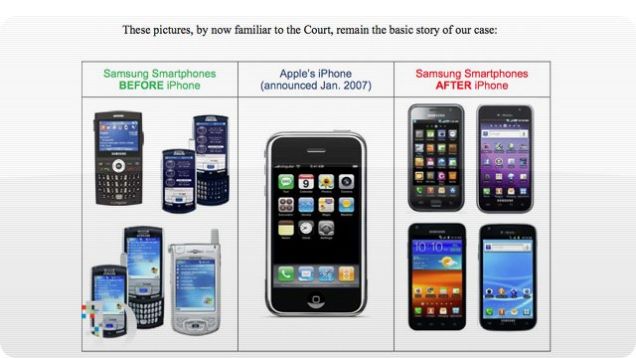 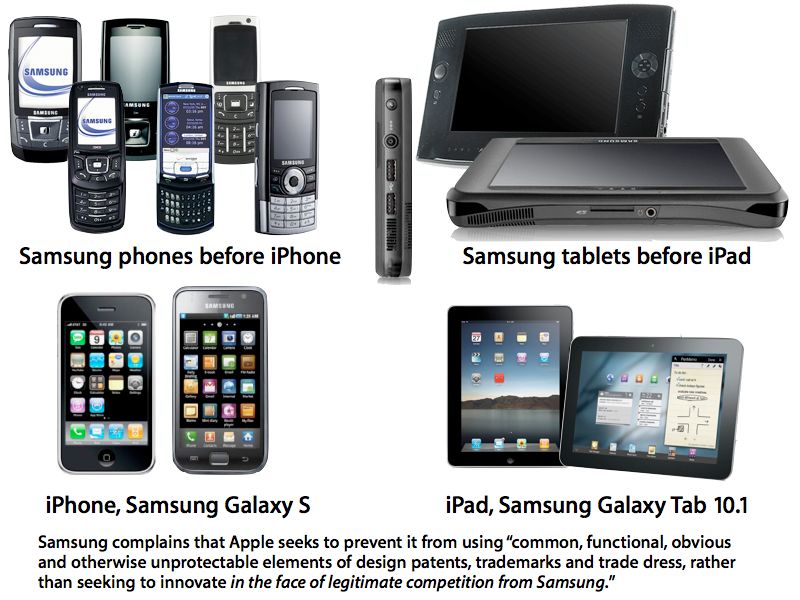 Saturday April 17, 2021 4:43 am PDT by Sami Fathi
Reliable leaker known as l0vetodream has hinted that Apple may debut its rumored redesigned and colorful iMac at its "Spring Loaded" event on Tuesday, April 20. In a tweet, the leaker posted an image of Apple's logo used for marketing the upcoming event and an image of the retro rainbow Apple logo alongside the colorful lineup of G3 iMacs. Apple leaker Jon Prosser previously reported that...
Read Full Article • 261 comments

Saturday April 17, 2021 11:38 pm PDT by Tim Hardwick
Leaker known as "DuanRui" has shared more images that could give us our best look yet at Apple's redesigned notch for the iPhone 13. The new pictures follow similar images shared by the leaker last week, but the latest shots include a comparison with the existing iPhone 12 notch. DuanRui posted three images on Twitter that apparently originate from Weibo, although source details remain...
Read Full Article • 168 comments

Monday April 19, 2021 11:30 am PDT by Juli Clover
The upcoming 12.9-inch iPad Pro will be thicker than the previous-generation version, likely due to the inclusion of the mini-LED display. We've heard several rumors about the change in thickness, and now leaked design images have confirmed it. A source that designs accessories for Apple devices sent MacRumors a series of photos that feature exact dimensions for the new iPad Pro models, and...
Read Full Article • 144 comments

Monday April 19, 2021 7:51 am PDT by Sami Fathi
Following the removal of the app in January, Apple will now allow the social media app Parler to return to the App Store following changes to how the social media network moderates content, CNN reports. On April 14, in a letter to Sen. Mike Lee and Rep. Ken Buck obtained by CNN, Apple said that the app has improved the way it moderates content, and says those changes are "sufficient" for it...
Read Full Article • 213 comments