Thursday August 13, 2015 8:44 pm PDT by Husain Sumra
The U.S. Federal Circuit Court of Appeals today rejected Samsung's latest appeal in its patent infringement case with Apple without comment, according to the San Jose Mercury News. The appeal was Samsung's effort to get the court to reconsider a central part of the ruling, which would account for $400 million of the $548 million in damages owed to Apple.

Samsung had urged the Federal Circuit to rehear the case with its full 12-judge roster, arguing that a three-judge panel erred earlier this year when it left intact a jury's verdict that the South Korean tech giant's smartphones and tablets infringed on Apple's design patents.

Samsung's only legal option to overturn the latest verdict is to turn to the U.S. Supreme Court. The decision comes weeks after Facebook, Google and other Silicon Valley companies sided with Samsung in the case, arguing that forcing Samsung to turn over profits from devices that infringed Apple patents would stifle innovation.

This decision is the latest turn in the ongoing patent war between Samsung and Apple. In 2012, a jury ruled that Samsung willfully infringed Apple patents and awarded the Cupertino company $1 billion in damages. The award was slightly reduced after it was determined the jury erred in its judgment. Earlier this year, a U.S. appeals court reversed a significant part of the decision, cutting the award down to $548 million. In mid-June, Samsung asked the court to reconsider its latest appeal, targeting $400 million of the $548 million it owed to Apple.

AngerDanger
At this point, they might as well release the sPad and GalaxyBook Air to go along with the S6 Edge+.
Rating: 54 Votes

Kaibelf
"The decision comes weeks after Facebook, Google and other Silicon Valley companies sided with Samsung ('https://www.macrumors.com/2015/07/20/facebook-google-samsung-patent/') in the case, arguing that forcingSamsung to turn over profits from devices that infringed Apple patents would stifle innovation."

Um, isn't the concept of innovation NOT to copy things?
Rating: 30 Votes

DTphonehome
The damage is done. Samsung already stole a large part of the smartphone market and made billions from the infringing products and their successors. An empty victory for Apple I'm afraid.
Rating: 30 Votes

JXShine
In other words, the US Supreme Court just gave the finger to samsung, google, Facebook and all those idiotic companies that sided with samsung.
Rating: 21 Votes

What it means is that the courts still feel that their hands are legally tied. They say they have no choice but to obey an old 1880s design patent law that can allow disproportionately large awards, especially from confused juries.

The courts have said that it's up to Congress to update the law to fit today's reality of devices made up of thousands of patents, since it was Congress that originally added the award to help out a carpet maker over a hundred years ago.


Do you have a source that cites something as in a "confused jury", or were those "well chosen" words at your end?
Rating: 20 Votes

"The decision comes weeks after Facebook, Google and other Silicon Valley companies sided with Samsung ('https://www.macrumors.com/2015/07/20/facebook-google-samsung-patent/') in the case, arguing that forcingSamsung to turn over profits from devices that infringed Apple patents would stifle innovation."

Um, isn't the concept of innovation NOT to copy things?

How can any company stand there and actually say a fine for patent infringement stifles innovation.

What innovation ? Somebody else's?
that's so sad it's funny.
Rating: 15 Votes 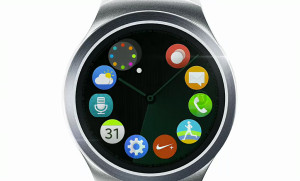 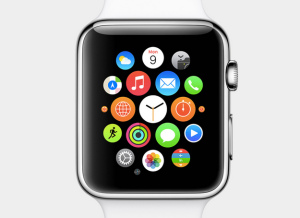 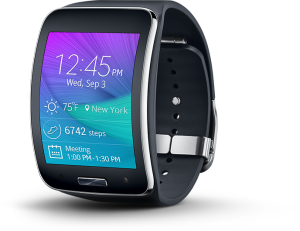 duffman9000
Time to pay the piper. Don't like the law work to change the law.
Rating: 12 Votes

iansilv
No shame. Samsung did not have any legal basis for this appeal. They copy, steal and lie about it. And that's why I don't buy anything with their brand name on it.
Rating: 12 Votes