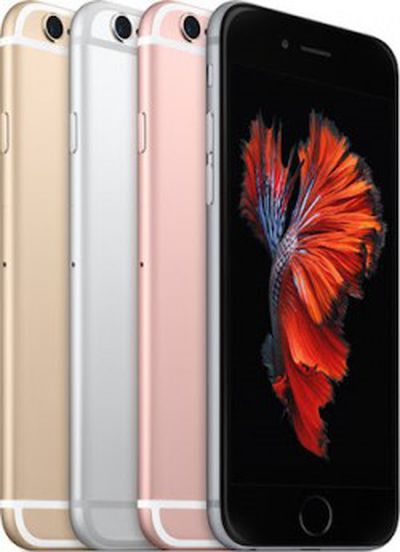 According to Cook, 30 percent of customers who purchased an iPhone were upgrading from an Android-based smartphone, the largest number of switchers it had seen in the three years since it started measuring switching rates. "It's a huge number and we're very proud of it," said Cook.

Based on the growing number of Android users switching to an iPhone along with the number of people who have not yet upgraded, the company believes iPhone sales during the first quarter of fiscal 2016 will be strong.

Only one third of Apple customers have upgraded to an iPhone 6, 6s, 6 Plus, or 6s Plus, leaving two thirds of the company's customer base using older iPhones and ripe for a new iPhone.

Over the course of the past year, Apple has pursued Android users aggressively. The company introduced a dedicated website for Android switchers in the fall of 2014, and with the launch of iOS 9 in September, it also introduced a new "Move to iOS" app to make it easier for Android customers to switch to an iPhone.

Apple has also introduced a trade-in program designed to lure Android users, allowing customers to exchange their Android devices for Apple gift cards that can be put towards the purchase of an iOS device.

Update: Cook's comments actually included the qualifier that the 30-percent figure was out of those who were upgrading from another smartphone, whether it be an iPhone, and Android phone, or another platform. Since the base number does not include those customers who were new to smartphones, the share of total iPhone buyers who switched from Android would be somewhat less than 30 percent.

Only 1/3 Apple customers? Maybe the WANT A SMALLER iPHONE?!

Or maybe, just maybe, some people are okay with using a smartphone for more than 2 years?
Score: 21 Votes (Like | Disagree)

Only one third of Apple customers have upgraded to an iPhone 6, 6s, 6 Plus, or 6s Plus, leaving two thirds of the company's customer base using older iPhones and ripe for a new iPhone.

Only 1/3 Apple customers? Maybe the WANT A SMALLER iPHONE?!
Score: 16 Votes (Like | Disagree)

no they're just too stupid to realize how small the difference between a 4" and 4.7" really is.

they act as if it's the end of the world, literally.

Only 1/3 Apple customers? Maybe the WANT A SMALLER iPHONE?!

I do, thats one of the reasons i am sticking with my 5s.

The other reason is that the 6/6s just doesn't feel like a premium product, it feels more like an iPhone rip off. It looks and feels a bit cheap, not avery nice phone at all and not very desirable. I am not going to pay £539 for a 16gb phone that doesn't even look or feel top end quality, whereas the 5s just oozes quality with its glass and stainless steel construction, its still a beautiful phone and feels modern even though it is in its third year of production, and still pretty quick in use, never feels under powered.

I am hoping the 7 is a lot nicer to look at and has more of a premium build quality than the 6/6s. It's not all about power and gimmicky features, us non power users just want a nice phone.
Score: 13 Votes (Like | Disagree)

Fancuku
Count me in as one of those who switched from Android. Saturday I bought a 6S. It's my first iphone since the 4S.
Score: 13 Votes (Like | Disagree)

Dragonmount
Poor implementation of Android phones across the OEMs is mostly to blame for this, I fear.