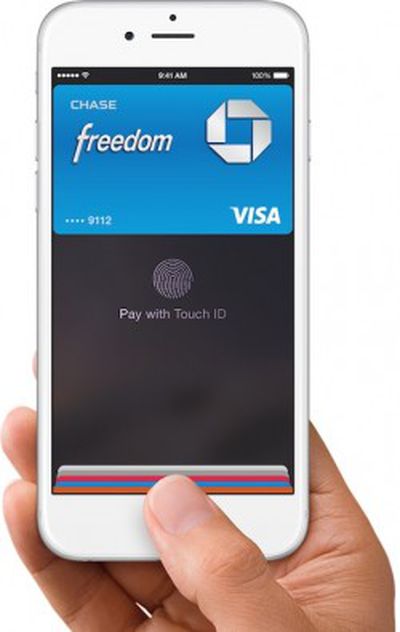 Chase Pay will work via QR code instead of over NFC, allowing customers to make purchases with their smartphones by showing a QR code to a cashier. If that sounds a lot like the MCX Consortium's upcoming CurrentC platform, it's because Chase is partnering up with MCX for its payments service.

The MCX Consortium, which promotes the QR-based CurrentC app and payments service, consists of collection of merchants like Walmart, Target, Sunoco, Kohl's, Best Buy, Rite Aid, CVS, Lowe's, Sears, Shell, Michaels, 7-Eleven, and more. Once available, CurrentC will be available as a payment option in all of these retail locations, as will Chase Pay.

In some of these stores, customers will be able to pay by showing a QR code within the Chase Pay app. In others, Chase customers will have to use Chase Pay inside MCX's own CurrentC app. It's not clear which of the MCX member retailers will support which method.

CurrentC has been in development for multiple years, giving Apple Pay an edge with its earlier release timeline. While most MCX members were originally subjected to an exclusivity agreement, that has since expired, leading several MCX Consortium members to offer support for Apple Pay. Chase itself also supports Apple Pay, allowing Chase credit cards and debit cards to be used with Apple's payments service.

CurrentC and Chase Pay are both slated to launch in 2016.

If you abandon Apple Pay, I will abandon you. You lose.

- A paying customer of yours
Score: 67 Votes (Like | Disagree)

dlewis23
As a Chase customer I'm rather annoyed they waste there time with this stuff. Instead of giving people a batter interest rate or improving customer service they waste money on these stupid things no one is going to use.
Score: 47 Votes (Like | Disagree)

rdlink
IT Guy: Hey Boss, I know that our cards are supported on Apple Pay, and it's a convenient, secure and simple way for our customer to use them. But we have developed this confusing, kludgy competitor that is less secure and less user friendly.