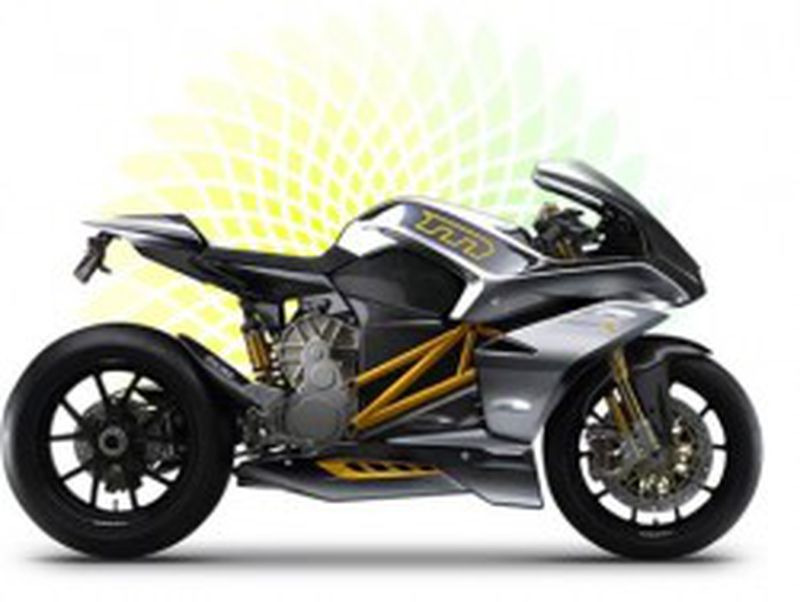 Electric motorcycle startup Mission Motors has ceased operations after losing some of its key talent to competitors such as Apple, and failing to develop a viable business model, according to Reuters.

"Mission had a great group of engineers, specifically electric drive expertise," [former CEO Derek] Kaufman said. "Apple knew that - they wanted it, and they went and got it."

The report claims about six engineers from the San Francisco-based startup were recruited by Apple since last autumn, and the company's assets are now controlled by its largest investor Infield Capital.

Mission Motorcycles, a related company created to sell the electric motorcycles, is reportedly in the process of filing for bankruptcy.

Apple never attempted to acquire Mission Motors outright, according to Kaufman, instead drawing from its pool of specialized engineers working on electric drive systems and battery algorithms for charging and cooling.

Mission Motors was founded in 2007 with ambitions to create a world-class electric motorcycle, and it launched an early prototype in 2013 to positive reviews. The company was reportedly often cash strapped, however, and some investors backed out as engineers left for competitors.

Apple has been rumored to be working on an electric vehicle, codenamed "Project Titan," for several months, with its secretive automotive team reportedly including former employees from Tesla, Ford, GM, A123 Systems, Samsung and other competitors. Earlier this year, it reached a settlement with A123 in a poaching lawsuit.

That was a dick move by Apple, and those engineers too.

HOW DARE ANYONE PICK TO GO TO A COMPANY WILLING TO PAY THEM A HIGHER WAGE AND OFFER THEM MORE OPPORTUNITIES! THE NERVE OF SUCH PEOPLE. :rolleyes:
Score: 31 Votes (Like | Disagree)

rusty2192
"Some close to Mission Motors said it had reached a point of no return by last fall, when departures to Apple, and other companies, accelerated after a long struggle to find funding and a sound business model."

zorinlynx
I find it hard to believe that with all the engineering talent in this country, they have that much trouble finding people.

My guess is the company simply ran out of money and was unsuccessful, and that they are using this as an excuse.
Score: 19 Votes (Like | Disagree)

peterdevries
I can see how this can become a life-threatening issue for a start-up facing a giant such as Apple. These start-ups are often comprised of only a handful of people and if Apple (with its deep pockets) makes offers-they-can't-refuse to essential people, then they are dead in the water.
Score: 15 Votes (Like | Disagree)

sputnikv
An Apple car is cool, but an Apple iCycle would be pretty neat.
Score: 13 Votes (Like | Disagree)

Lucky736
Apple is the Big Bad Wolf everyone complained Microsoft was years ago. The only difference is Apple is far more unethical than Microsoft ever was in going about it's business when it came to situations like what this article is about. Screw everyone over and try to pay them off after like A123. One day it will bite them in the butt again.
Score: 13 Votes (Like | Disagree)
Read All Comments

Wednesday April 8, 2020 9:23 am PDT by Juli Clover
Customers who require a replacement AirPod from Apple have in some cases been receiving an AirPod running 2D3 firmware, which is not a version of the AirPods firmware that's been publicly released. As described on the MacRumors forum and Reddit (via iMore), customers who get an AirPod with the 2D3 firmware are unable to pair it with the existing unreplaced AirPod, leaving the AirPods unable...
Read Full Article • 91 comments

Tuesday April 7, 2020 4:28 am PDT by Tim Hardwick
Two images shared on social media this morning are currently stoking speculation about possible hardware redesigns coming to the iPhone 12 and the potential introduction of Home screen widgets in iOS 14. Shared by Twitter user Fudge (choco_bit), the images depict a front and rear graphical representation of a smartphone with interface elements on the screen, suggesting it came out of a...
Read Full Article • 142 comments

Thursday April 9, 2020 7:32 am PDT by Joe Rossignol
LG today announced pricing and availability for its 2020 NanoCell TVs with AirPlay 2 and HomeKit support in the United States. The first 4K models are rolling out now, with pricing starting at $599 for a 55-inch model. The entire 4K lineup will be released by September, including up to an 86-inch model for $3,299. 8K models will also be rolling out in May and June, including 65-inch and...
Read Full Article • 119 comments

Tuesday April 7, 2020 7:00 am PDT by Eric Slivka
Rumors of Apple-branded over-ear headphones have been circulating for quite some time, while more recent rumors have mentioned an "AirPods Pro Lite" that could also be in the works, and Twitter leaker Jon Prosser's recent foray into Apple rumors provides a bit more detail on what we might able to expect for these products. Current Beats Studio3 Wireless and BeatsX On the over-ear side,...
Read Full Article • 87 comments

MacRumors Giveaway: Win an iPad or MacBook Stand From Yohann