Wednesday May 13, 2015 8:45 am PDT by Joe Rossignol
Apple and A123 Systems are close to reaching a settlement in an ongoing battery engineer poaching lawsuit between the two companies, according to The Boston Globe. A123 Systems, an advanced battery manufacturer, originally filed suit against Apple in February for poaching key battery engineering employees to join its own automative team, including former chief technology officer Mujeeb Ijaz.

"On Tuesday, a federal judge granted A123 more time to finalize the settlement with Apple," reports The Boston Globe. "In a court filing, the two sides reported that they 'have reached an agreement, signed a term sheet, and are in the process of drafting a final settlement agreement.'"

Apple's much-rumored automotive team reportedly consists of hundreds of employees, including several former Tesla, Ford and GM employees and other talent from smaller firms such as A123 Systems, MIT Motorsports, Ogin, Autoliv, Concept Systems and General Dynamics. The team is believed to be working on an auto-related project, possibly involving an electric and potentially autonomous vehicle.

It was reported in late February that Apple is also looking to hire Samsung employees with expertise in battery technology, confirmed by a Samsung official that said some personnel have been hired by the iPhone maker. Apple reportedly has a "top-secret research lab" located near its Cupertino-based headquarters for its automotive project, but likely remains in the early stages of research and development.

Rumors about the so-called "Apple car" have gained momentum since camera-equipped Dodge Caravans leased to Apple started appearing in California earlier this year. The first sightings of the vans were actually in New York last summer, with vehicles spotted in Manhattan and Brooklyn in August and September respectively. The vans have since been spotted in at least six other states.


MacRumors has been tracking the Apple vans, which are likely being used for an unrelated Street View-like mapping project, for the past several months. We have created an interactive Google Maps tracker of the van sightings featuring pins that can be clicked on to view a photo or video of each van. To date, there have been over 30 sightings spanning Arizona, California, Florida, Georgia, Hawaii, Nevada, New York and Texas.

2457282
Didn't Apple settle a lawsuite about anticompetitive hiring practice because of an agreement not to hire people away from other companies? And now this?

We have created an interactive Google Maps tracker of the van sightings featuring pins that can be clicked on to view a photo or video of each van.

Please Apple- make a hybrid version (preferably diesel) of the old hippie van. Only with some camper functions like a bed and (awning) maybe a pop up top (straight up not angled).
Solar panels integrated into the roof for heating, electric and cooling function.
MILLIONS of people will buy them! PLEASE!


Not sure if serious. Pretty funny either way. Millions.:rolleyes:

Didn't Apple settle a lawsuit about anticompetitive hiring practice because of an agreement not to hire people away from other companies? And now this?

You can't tie the two issues together because they have nothing to do with each other. Here are your details.

So what is the big difference?? The non-compete agreement was between the "poached employee" and A123 - not Apple. It fully appears that the courts want it both ways.


Tortious interference with contract rights can occur where the tortfeasor (in this case Apple) convinces a party (the poached employees) to breach the contract against the plaintiff (A123), or where the tortfeasor disrupts the ability of one party to perform his obligations under the contract, thereby preventing the plaintiff from receiving the performance promised.

But then again, there will always be people on this board that will defend Apple 'til the end of time.

It seems to me that if you signed a non-compete clause, then come work for me, that you broke your contract and would be liable. I don't understand how my hiring you makes me a target for being sued, as I was never a party to your non-compete contract.


Under tort law, if you actively seek to employ an employee than has signed a non-compete agreement, you are committing tortious interference.
Rating: 3 Votes

They might sell THOUSANDS just because of the Apple brand. But you seem to assume this type of product would be popular on it's own.


Every time I read Nick's want list description, I can't get past thinking of the Pontiac Aztek Tent Trailer. You're right about thousands. If it sold more than 10K before being discontinued I would be shocked.
Rating: 3 Votes

If you hire an employee away that has signed a non-compete clause, you will get sued. Big difference


So what is the big difference?? The non-compete agreement was between the "poached employee" and A123 - not Apple. It fully appears that the courts want it both ways.

So, let me get this straight. If I hire employees away from you, I'm poaching and will get sued.


If you hire an employee away that has signed a non-compete clause, you will get sued. Big difference
Rating: 2 Votes

powers74
I wonder what the timeline for their "street view" competitor is. Probably another year.
Rating: 2 Votes

Every time I read Nick's want list description, I can't get past thinking of the Pontiac Aztek Tent Trailer. You're right about thousands. If it sold more than 10K before being discontinued I would be shocked. 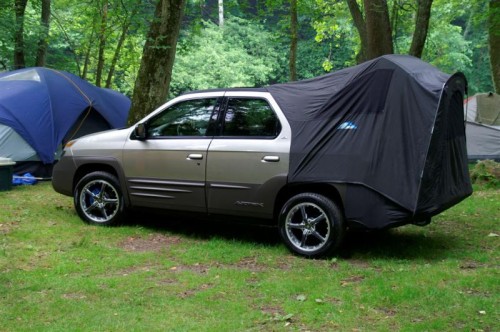 Wow. No wonder they took it off the market. That car is so freakin manly it can actually pitch a tent. :eek:
Rating: 1 Votes

In California, a non-compete clause is not worth the paper to wipe your backside. Unless a company is willing to pay you to stay off the market, they cannot prevent you from working for *ANYONE*.

Apple should just tell them to kick rocks.


Complaint was filed in MA. While it's void in CA, it's still valid in MA.

Employers headquartered outside of California may wish to include choice of law and forum selection clauses in all of their agreements. California courts will generally not enforce such provisions. The employer may, however, be able to enforce such claims in their home state. This may also lead to messy, and expensive, litigation in two states. California courts do not have the authority to enjoin or in any way interfere with litigation on the same subject matter occurring in other states.

icerabbit
Can't wait for that Jonny Ive docu-mercial about the rumored "car".

I can already picture him going on how he thought about the essence, had to make everything simpler, purer, lighter, thinner, smaller,... How they had to reinvent this that and the wheel, because other products are boring, bulky, heavy, etc etc etc etc.

And, if that "car" is going to be as neutered and down-featured as most new Apple products are these days, I'm absolutely NOT getting up a 3AM to order one in space gray and waiting 6 months in "processing", then a week of "preparing for shipment", one week shipping, etc. :p
Rating: 1 Votes