3D Touch in iPhone 6s is a 'Breakthrough,' Was 'Really Hard' to Make 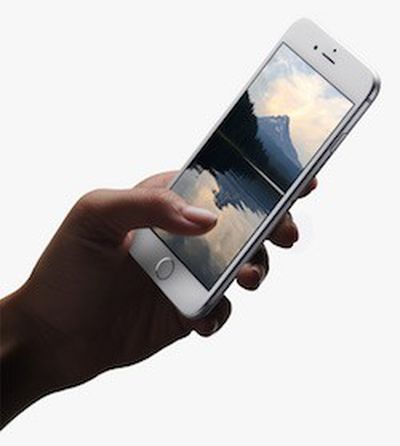 Apple today spent about ten minutes introducing 3D Touch as one of the headline features of the iPhone 6s and iPhone 6s Plus, but a new Bloomberg interview with company executives Jony Ive, Craig Federighi, Phil Schiller and Alan Dye reveals that Apple spent several years working on the challenging new display technology.

“Ultimately, this is our focus,” says Ive, squeezing a new iPhone 6S. “This is what galvanizes our efforts right across the company.” And 3D Touch, he adds with emphasis, “is something we’ve been working on for a long time—multi, multi, multi years.”

Schiller noted that, from an engineering standpoint, creating hardware that is capable of 3D Touch's functionality was "unbelievably hard," coming at a "tremendous amount of cost and investment in manufacturing" for Apple. For that reason, the company had to ensure it got the technology right.

Accordingly, Apple set out to do just that.

Working with Corning, Apple created pliable iPhone cover glass. Swipe it, and the phone works the way it always has. But press it, and 96 sensors embedded in the backlight of the retina display measure microscopic changes in the distance between themselves and the glass. Those measurements then get combined with signals from the touch sensor to make the motion of your finger sync with the image on screen. […]

To make what is counterintuitive feel normal, each on-screen “peek” and “pop” is accompanied by a 10-millisecond or 15-millisecond haptic tap, little vibrations that say “good job” to your fingers when an action is complete.


And, after a multi-year, tedious design process, Apple is now satisfied with 3D Touch.

Apple is feeling confident enough that it’s integrated 3D Touch into everything on the iPhone 6S and 6S Plus—the phone, the weather app, iTunes, messaging, and the Web. Facebook and Instagram plan on incorporating it into their iOS apps shortly after the phones arrive in stores on Sept. 25.

Jett0516
I've been replying to android fanboys all day that this is not like a long-hold press on their samsung phone.
Score: 18 Votes (Like | Disagree)

skwirl341
How will anyone know what they can and can't "3D Touch?" Will every app have to come with a manual that we read ahead of time? Are we supposed to 3D Touch everything we see to try to figure it out with every app?
Score: 15 Votes (Like | Disagree)

I don't think samsung has the capability to copy this time, at least not to the Apple polished level. Maybe they'll just quickly throw together something that's "similar" but a million mile behind.

It never ceases to amaze me. Apple "borrowed" designs from Microsoft, Samsung, Amazon, Roku and even Nintendo today, and you guys keep bitching that Samsung will copy the one thing that was even somewhat original today. And I still am not sure how it will function any differently than a long touch.
Score: 12 Votes (Like | Disagree)

Fondaparinux
I don't understand why they didn't just stick with Force Touch - they already established a brand name used in Apple Watch and MacBooks, it makes no sense to change it.
Score: 11 Votes (Like | Disagree)

3D touch sounds interesting, but I feel like my Note 3 and Shield Tablet already function the same way by pressing and holding on messages, links, screens, etc. (One of my favorite Android features.) Am I wrong for thinking this is apples first gimmick?

Before you go saying I'm an android fan, note that I have an iPhone 5S and iPhone 6 for my personal phones and I also use an iPad mini and I only own Mac computers. My android devices are for work.

NO, It is NOT THE SAME. Good grief.

Time pressed, vs force.... (Time and force are hell of a lot different)
Instant feedback and welll, not instant feedback (or even no feedback at all)...
You could play the piano with different attack speeds (like a real piano) with this, you can't do that with the long press... The long press ALREADY EXISTS IN IOS.