Thursday August 27, 2015 8:39 am PDT by Mitchel Broussard
A new feature of the upcoming "iPhone 6s" and "iPhone 6s Plus" will be a collection of improved animated wallpapers for the smartphones' lock screen, according to a few sources speaking with 9to5Mac. The designs of the wallpapers will be similar to the "Motion" watch faces seen on the Apple Watch, with the suggested hint that each animation will dynamically change and animate every time the user wakes their phone to interact with it. 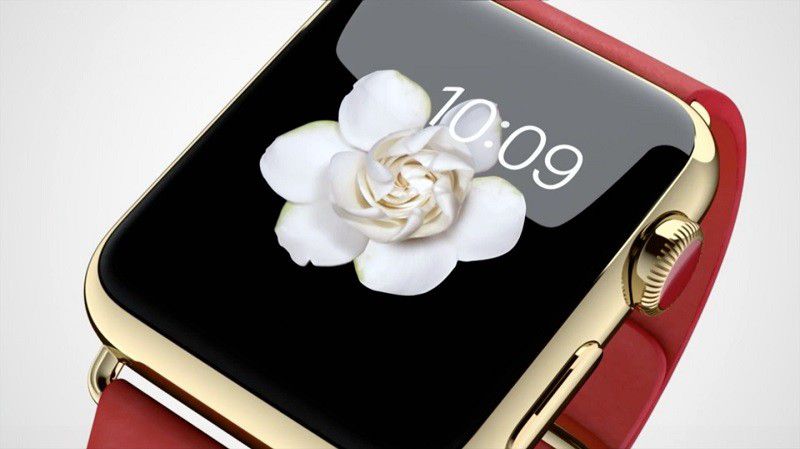 The new themes will range from fish in a koi pond to different color smoke clouds, the latter of which are suggested as becoming animated versions of the static backgrounds that got added in an iOS 9 beta update earlier in the month. The same sources do warn the feature could have been dropped at the last second, but a questionable leaked photo of a purported iPhone 6s Plus box -- which does in fact showcase a koi pond-like fish image -- could point to the feature's inclusion in the new line of iPhones.

Apple introduced dynamic wallpapers in iOS 7, but the options were limited, with one theme stretching over seven different color choices. Today's report suggests the company could be going into as deep and obsessive detail of capturing unique and interesting lock screen images as it did for the Apple Watch. Including a few in-depth photos and videos shared with us, news and rumors surrounding the next-generation of iPhone have begun pointing towards a September 9 media reveal for the devices, with a launch a week-and-a-half later on September 18.

navaira
I wonder how fast the battery will drain.
Rating: 24 Votes

peterdevries
Called it in the "new iPhone box" thread! Hah!

Since many apple rumor sites would pick it up and link through, it could be a nice way to collect some page impression revenue. I don't see many other reasons though.

Maybe (if it is not fake) this is a possible indication that the iPhone gets life-wallpaper with a goldfish as on the watch with the jellyfish.

Dave245
Is it me or does Apple seem to be going all out on this S version of the iPhone? So far we have (as rumours until Apple announce)

womder if Apple will be updating other products as much at their September event. It will be interesting to see what happens.
Rating: 8 Votes

Darrensk8
Surely this means it has to be oled??
Rating: 8 Votes

Andres Cantu
I guess this means they dropped the :apple: and added the 6s in the retail box after all.

Also, would this mean that there's a chance for an OLED display, since Jony Ive has previously said that the "magic" from these Apple Watch animated wallpapers were only possible with that technology? If it does, I hope they go 1080p.
Rating: 8 Votes

If OLED, what can some explain advantages? Thx.

LCD screens, as used by Apple currently, work by passing a light through a layer of Liquid Crystals (hence LCD), which change from being opaque to translucent. When Opaque, they block light, and give that pixel the "off" or "black" colour. when Transluecent, they only let their specific colour through. Usually made up of 3 colours, which combined, can reproduce millions of colour variants.

The upside to this is it's a very old technology, that has been very refined over the years and is generally very cheap to produce.

OLED does not use a backlight and doesn't work by shining light through the colour layer. OLED works by actually having each coloured pixel (again, usually 3 sub-pixel in a pixel), able to light itself, so that each individual pixel can be turned on or off, or even have their own brightness. What this allows for is pixels that are supposed to be "black" to be completely off and produce no light. in this state, they also do not use any energy.

The upside to this is that contrast ratios can be better, and blacks will actually be blacks, allowing for that "inky" black look with no light bleed.

Downside is that it's still relatively new technology and can be quite expensive, with only few companies who are making them. (samsung is currently the leader). Also, its still developing, and historically, colour reproduction could be off, though some of the newer screens are being considered best in the business.
Rating: 6 Votes

Fzang
"With 2 GB of RAM, the iPhone 6S is truly a magical device. We have motion wallpapers to put all of this new memory to good use... It's truly magical."
Rating: 6 Votes