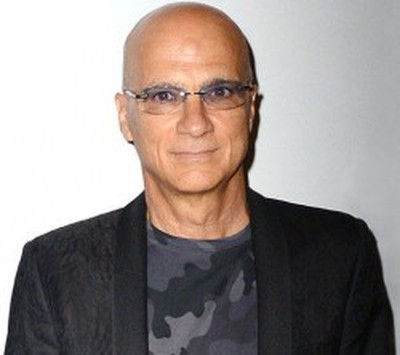 In a new interview with Evening Standard, Apple Music executive and Beats co-founder Jimmy Iovine sat down to talk about everything from the launch of Apple Music to the company's dramatic reversal of its free trial royalties policy following Taylor Swift's public dismissal of the service in an open letter.

Iovine depicts a conversation between himself, Eddy Cue and Apple CEO Tim Cook that ultimately resulted in the support of Taylor Swift's -- and many musicians backing the pop star -- opinions on the service.

“Eddy [Cue, Apple senior VP] woke up on Sunday morning,” says Iovine. “He called me and said, ‘This is a drag’. I was like, ‘Yeah, maybe there’s some stuff she doesn’t understand’. He said, ‘Why don’t you give Scott [Borchetta, Swift’s label boss] a call? I called Scott, I called Eddy back, Eddy and Tim [Cook, Apple CEO] called me back and we said, ‘Hey, you know what, we want this system to be right and we want artists to be comfortable, let’s do it’.”

Later in the interview, Iovine mentions an aim for more personality in the Apple Music experience, attempting to avoid the use of numbers and algorithms curating music for its users, and hiring experts for the job of building the playlists that fill out each Apple Music user's personalized "For You" section. Still, the Apple Music executive mentions a "numbing" amount of music streaming services available to customers -- from Spotify to Rdio and the newly-launched Tidal -- as a definite hurdle for the new streaming service to clear.

“There’s a lot of [them],” he says, disdainfully. “Music deserves elegance and the distribution right now is not great. It’s all over the place and there are a bunch of utilities. That’s the best you can find. It’s basically a really narrow, small, inelegant way to have music delivered. So it’s sterile, programmed by algorithms and numbing.”

As Iovine says: “Algorithms don’t understand the subtlety and the mixing of genres. So we hired the best people we know. Hired hundreds of them.”

The entirety of Evening Standard's interview with Iovine is worth a read, as it touches more on his background with Steve Jobs, his early-industry struggles with competitors like Napster, and the difficulties of hiring Zane Lowe away from the BBC and into Apple Music's 24/7 Beats 1 DJ position.

Music deserves elegance and the distribution right now is not great. 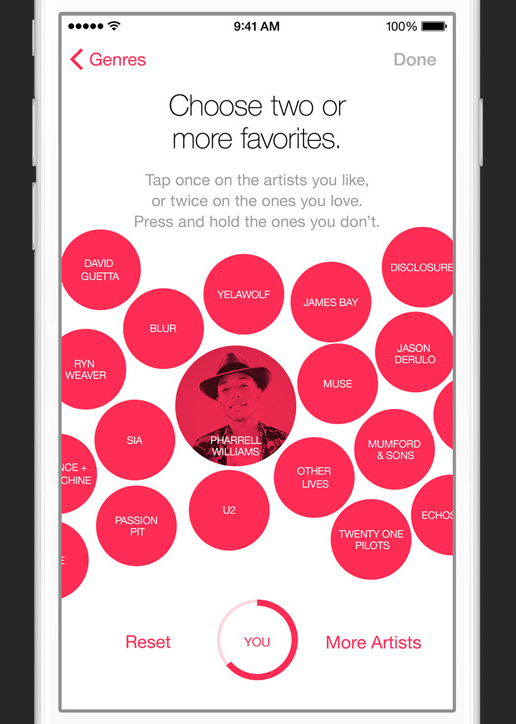 Rogifan
I don't think it's a good idea for Jimmy to be the face of Apple Music. But if he's going to be perhaps he needs to get some coaching before he speaks to the media or goes on stage.
Score: 14 Votes (Like | Disagree)

LucasEVille
Apple music is a complete failure, the apple watch is a flop, Apple is nothing without Steve Jobs... Sack Cook immediately.... Shares are down...... Sorry just getting all of that out of the way before the naysayers arrive ;)
Score: 13 Votes (Like | Disagree)

Music deserves elegance and the distribution right now is not great. It's all over the place and there are a bunch of utilities.

Has he seen the Music app in iOS 8.4? Far from elegant. It's a confusing disaster. I like the service, but the layout is just horrific.
Score: 10 Votes (Like | Disagree)

While I would not go that far to say everything sucks, the next shareholder meeting is not a love-in for sure.

From this, looks like Apple is falling to the "Big Campus Build Curse" many companies have suffered. That is, whenever a company becomes wildly successful and they build a new grandiose corporate facility, the bottom line and performance suffers.

This happend to Atari, Palm, IBM, AMD and even Intel when they build new campuses. Palm screwed up so bad, they ended up selling off their new campus land for capital transfer.

Last quarter Apple posted 33% YOY revenue growth and 39% YOY net profit growth. Where is the bottom line suffering? If anything Apple is suffering from ridiculous expectations coming from past success.
Score: 6 Votes (Like | Disagree)
Read All Comments

Monday May 3, 2021 4:03 am PDT by Hartley Charlton
The Apple Watch may gain the ability to measure blood pressure, blood glucose, and blood alcohol levels, according to newly-revealed information about one of Apple's chosen business partners. Apple has been revealed to be the largest customer of the British electronics start-up Rockley Photonics, The Telegraph reports. Rockley Photonics has developed non-invasive optical sensors for...
Read Full Article • 202 comments