Apple has updated the terms of its AppleCare+ Protection Plan for iPhone, iPad, iPod and Apple Watch to cover batteries that retain less than 80% of their original capacity within the extended warranty period, whereas it previously covered batteries that retained less than 50% of their original capacity. The change applies to AppleCare+ purchased for iPhone, iPad, iPod and all Apple Watch models on April 10, 2015 or later.

Apple will replace defective batteries that do not live up to the 80% specification free of charge as long as the device is within its AppleCare+ coverage period. Otherwise, the iPhone maker charges $79 for out-of-warranty battery service for all Apple Watch batteries that retain less than 80% of their original capacity per Apple's diagnostic testing, plus a $6.95 shipping charge if required.

The new battery terms of AppleCare+ for iPhone, iPad, iPod and Apple Watch:

AppleCare+ for iPhone, iPad and iPod

AppleCare+ for iPhone extends the smartphone's warranty coverage to two years from the original date of purchase and provides up to two incidents of accidental damage coverage for a $79 service charge each time. Without AppleCare+, iPhone customers are covered by a limited one-year warranty and 90 days of complimentary phone support.

AppleCare+ for iPad and iPod have the same terms and conditions, although the accidental damage service charges are $49 and $29 per incident respectively.

Apple has designed the Apple Watch battery to retain up to 80% of its original capacity at 1000 complete charge cycles, which gives the watch's battery a lifespan of about two-and-a-half to three years based on fully charging the wrist-worn device once per day. Apple Watch has all-day battery life of 18 hours on a single charge based on mixed usage, and lasts up to 72 hours in Power Reserve mode.

AppleCare+ extends an Apple Watch's warranty coverage to two years from the date of purchase for the Sport and Watch, and three years for Edition, and provides accidental damage coverage for up to two incidents. Without AppleCare+, purchases of the Apple Watch Sport and the stainless steel Apple Watch are covered by a limited one-year warranty and 90 days of complimentary phone support.

Anyone who pays $1,500 for two years of insurance for his watch is a fool.

most people who bought the $17K Watch Edition and then the $1,500 insurance likely know how to manage money better than you ever will, which gives them the spending power to drop that on a watch and not even care. they're the type of people who will probably buy the next one when that comes out too

if anything, i bet they pity someone like you who whines on a macrumors thread about how expensive it is
Score: 18 Votes (Like | Disagree)

Anyone who pays $1,500 for two years of insurance for his watch is a fool.

So, what you're saying is that you pity the fool? 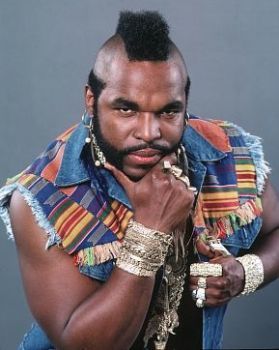 So, you have to BUY an extended warranty to get service on a battery DESIGNED to last 2.5-3 years should the battery fail before that? And Apple makes it sound like they are doing YOU a favor by selling you AppleCare...

Sounds like you've never bought anything in your life. EVERYTHING you buy now comes with the option to buy an extended, or improved warranty.

I went to best buy to buy a $10 video game and they offered to sell me an extended warranty on it for like $1.
Score: 8 Votes (Like | Disagree)

Interesting they announce it 2 months after the watch release (so early adopters can't now buy it) .

It's retroactive, so everyone who bought AppleCare+ in the past 2 months will have this new, better warranty.
Score: 7 Votes (Like | Disagree)

They should have been doing this in the first place.

And yet here we are, with no one who purchased yet even out of the base warranty. Why are you complaining again?
Score: 7 Votes (Like | Disagree)

dmylrea
So, you have to BUY an extended warranty to get service on a battery DESIGNED to last 2.5-3 years should the battery fail before that? And Apple makes it sound like they are doing YOU a favor by selling you AppleCare...
Score: 6 Votes (Like | Disagree)
Read All Comments

Wednesday September 28, 2022 4:27 pm PDT by Juli Clover
The Dark Sky weather app that's owned by Apple is no longer available for download in the U.S. App Store, suggesting that it has been removed ahead of schedule. Apple acquired Dark Sky back in March 2020 and has since incorporated elements of the app into the Weather app available on the iPhone (and soon, the iPad). Dark Sky remained available for purchase as a standalone weather app...
Read Full Article • 150 comments

Thursday September 29, 2022 12:38 pm PDT by Juli Clover
Tony Blevins, Apple's vice president of procurement, is set to depart the company after he made a crude comment about his profession in a recent TikTok video, reports Bloomberg. Blevins was in a video by TikTok creator Daniel Mac, who was doing a series on the jobs of people he spotted with expensive cars. After seeing Blevins in an expensive Mercedes-Benz SLR McLaren, Mac asked Blevins what ...
Read Full Article • 491 comments