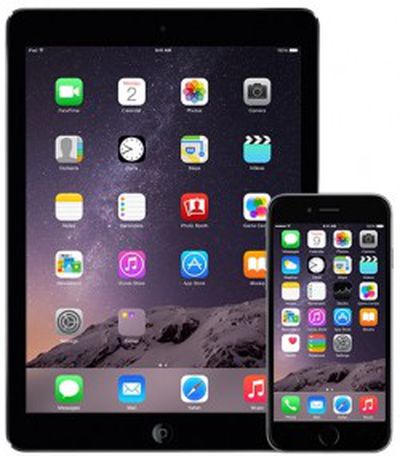 Ericsson has filed lawsuits against Apple in Germany, United Kingdom and the Netherlands after failing to reach a global licensing agreement with the company over both standard-essential and non-standardized patents.

Ericsson claims that Apple continues to sell the iPhone, iPad and other products that infringe upon its patented technologies, some related to 2G and 4G LTE standards, even though its licensing agreement expired in January.

Ericsson has been attempting to license its standard-essential patents with Apple on terms that are fair, reasonable and non-discriminatory (FRAND), but the two companies have failed to reach an agreement following over two years of negotiations. Unable to resolve the situation outside of the courtroom, Ericsson has since filed patent lawsuits against the iPhone maker in the United States, and now Europe, for mediation by the courts.

"Apple continues to profit from Ericsson's technology without having a valid license in place," said Kasim Alfalahi, Chief Intellectual Property Officer at Ericsson. "Our technology is used in many features and functionality of today's communication devices. We are confident the courts in Germany, the UK and the Netherlands will be able to help us resolve this matter in a fair manner."

Ericsson, the world's largest provider of mobile network equipment, originally filed two complaints with the U.S. International Trade Commission and seven complaints with the U.S. District Court for the Eastern District of Texas against Apple earlier this year. In late March, the ITC agreed to investigate the patent infringement claims, involving 41 wireless-related patents.

Apple originally filed suit against Ericsson in January, arguing that it was demanding excessive royalties for patents not essential to LTE standards. Ericsson, which holds over 35,000 patents, countersued in a Texas courtroom just hours later, seeking an estimated $250 million to $750 million in royalties per year for Apple to continue licensing its patented wireless technologies.

AngerDanger
This lawsuit is gaining multinational support faster than most of Apple's services.
Score: 23 Votes (Like | Disagree)

They have 118,706 employees and do 6 billion in sales in a quarter. Does that sound like a patent troll?

I think you are not understanding the MR community definition of "patent troll." Here it's basically any company or individual with any patent that tries to use it against Apple. The definition can expand or morph to fit the general concept of anyone going against Apple is wrong (and no historical or other hard evidence can be accumulated to modify such opinions). Of course, when it's the other way- when it's Apple flexing their patent portfolio- it's all about "protecting IP" and similar.

From long-term observations, there appears to be 3 kinds of patents:
1. Apple patents are the ONLY bona-fide patents.
2. Patents used against Apple are only owned by patent trolls.
3. Patents that have no effect on Apple are fine unless Apple tries to get into something new against which such patents may lead to claims. Then, see #2.

When it comes to actual legal actions, in a patent-driven clash where both parties are found to have infringed on the other party's patents,
-the party against Apple should "Die <party name/copycat> Die", while
-the judge is simply wrong about Apple infringing... or what Apple infringed upon should have never been awarded a patent at all.

Did I miss anything?

Actually, I wasn't joking. If I was joking, I would have said, "A badger, a nun, and a jar of marmalade walked into a bar..."

I think I've heard of Ericsson a long, long, long time ago. But now it just sounds like patent trolls.

Steve121178
Sounds fair to me. Apple either license them and pay the appropriate costs or get sued. Simple.
Score: 17 Votes (Like | Disagree)

They have 118,706 employees and do 6 billion in sales in a quarter. Does that sound like a patent troll?


You have to remember that many people here will defend Apple at all costs. Hey its stealing, but since its Apple its OK:rolleyes:
Score: 16 Votes (Like | Disagree)

"Standards Essential" patents are treated specially. If my patent is incorporated into a standard that everyone must follow to inter operate, I fall under the FRAND clause - meaning I can charge a fair and reasonable fee that is non discriminatory and pretty much the same for every company- so they can all inter operate and participate in the standard. It's a trade off for making your patented technology the standard. So no, Ericcson can not just demand anything they want. Apple is within its legal bounds to argue that they should be charged about what everyone else using the standard is charged.


Nicely put. Except one glaring exception. Ericsson is asking for a FRAND rate for the patents; not more. They've also offered to have the courts decide the rate.

"Ericsson has been attempting to license its standard-essential patents with Apple on terms that are fair, reasonable and non-discriminatory (FRAND)"

Other than that tiny, little, minuscule exception you're right on point.

The parties should have brought this to the courts a long time ago if they knew they weren't going to be able to reach an agreement. They could have also selected an arbitrator to set the price and then not taken up public court room time. But I guess they couldn't even agree on that sort of a process.


Ericsson offered the exact solution you're suggesting. Apple said no. The same answer they gave Nokia and Motorola in prior disputes.

Who is Ericsson again? Are they a cell phone manufacturer, because I don't remember seeing anything they've done recently? Are they still a valid entity? Do they still have a pulse? Are they gerbils?


You should be embarrassed by your comment. Seriously, are you just joking?
Score: 14 Votes (Like | Disagree)
Read All Comments

Saturday February 4, 2023 10:05 am PST by Eric Slivka
Online retailer TigerDirect has slashed pricing on the M1 iPad Air in several colors, offering the base 64GB configuration for just $313.99 in Purple and Pink. Note: MacRumors is an affiliate partner with TigerDirect. When you click a link and make a purchase, we may receive a small payment, which helps us keep the site running. That's a savings of 48% compared to Apple's normal $599.00...
Read Full Article • 462 comments

Sunday February 5, 2023 6:07 am PST by Joe Rossignol
Apple has discussed selling a new top-of-the-line iPhone alongside the Pro and Pro Max models in 2024 at the earliest, according to Bloomberg's Mark Gurman. Based on this timeframe, the device would be part of the iPhone 16 lineup or later. In a September 2022 edition of his weekly "Power On" newsletter, Gurman said there was "potential" for an iPhone 15 Ultra to replace the iPhone 15 Pro...
Read Full Article • 450 comments