Monday April 13, 2015 1:44 pm PDT by Joe Rossignol
While the terms of the Apple-HBO partnership behind the launch of the HBO NOW streaming TV service on Apple TV last month have not been disclosed, Re/code reports that some Apple TV content providers, including Netflix, Hulu Plus and MLB.TV, provide Apple with 15% of revenue generated from monthly fees for subscribers that sign up through the set-top box. 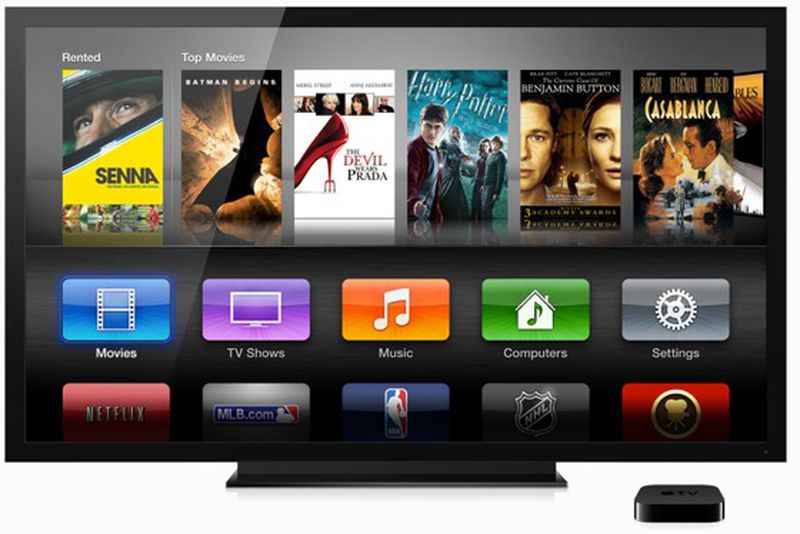 Apple collects 30% of revenue generated from the sale of iPhone, iPad and iPod touch apps, including in-app purchases, so the commission for Apple TV apps is half the amount developers are forced to hand over through the App Store. While the difference does not make a difference for consumers, the lower cut could make Apple TV a more attractive platform for HBO and other cable channels.

"But it’s even more interesting to think about Apple’s tiers of fees as we enter a world where lots of people are going to be selling Web video subscription products via platforms like Apple’s. Whether Apple is charging 15 percent or 30 percent a month, it’s giving distributors a much better deal than the 50 percent that pay TV providers usually charge premium networks like HBO. That makes the platform even more enticing to cable channels that are thinking about stepping outside of the traditional pay TV bundle — and it puts more pressure on the cable guys to sweeten the deals they already offer."

The report adds that HBO is in negotiations to reach HBO NOW distribution deals with its existing pay TV distributors, enabling them to sell the service to their existing subscribers as an add-on. HBO is said to already have a deal in place with Cablevision and is reportedly in talks with Cox and Verizon as well. HBO NOW is exclusive to the Apple TV among streaming boxes for three months, at which point it should expand to other devices and platforms.


The article states that cable companies take 50%, not just 15-30%. Apple is giving HBO a big discount to what it is used to

Since you can subscribe to HBO NOW by the month, I can well imagine many users choosing to subscribe to NOW for 1-2 months only and binge-watch recent exclusive content.


Exactly what people with cable or satellite can do now
Rating: 7 Votes

tasset
Seems like pieces are falling into place now for the AppleTV subscription service. 10-15% makes sense especially if the content providers have to provide the streams (and therefore all the bandwidth) as rumored.
I also have been much more inclined to sign up for HBO, Netflix, and Hulu through Apple due to how easy it is to cancel at will. THAT is great customer service unlike the traditional providers.
Rating: 5 Votes

i've yet to successfully search for the answer to this: is HBO NOW a full HBO catalog above and beyond GO? i've seen most HBO shows so i wouldn't get much value there, and the A-Z movie listings on GO are kinda paltry.


Since you can subscribe to HBO NOW by the month, I can well imagine many users choosing to subscribe to NOW for 1-2 months only and binge-watch recent exclusive content.
Rating: 3 Votes


Seriously? It says right there in the article how Apple got HBO on board: "Whether Apple is charging 15 percent or 30 percent a month, it's giving distributors a much better deal than the 50 percent that pay TV providers usually charge premium networks like HBO"
Rating: 2 Votes


It's cheaper than $15 if you can use discounted iTunes gift cards.
Rating: 2 Votes


When Game of Thrones is on, $15 for HBO is well worth it! A close second is True Detective. That is 50 cents a day to watch those shows and the entire HBO catalog.

To me this is a huge bargain. To each their own.
Rating: 2 Votes


35% more revenue probably had some sway in the decision process :D
Rating: 2 Votes

McTaste
And thus HBO didst charge 15% more than it otherwise would have...
Rating: 2 Votes


Versus not telling you and you not watching it in time, yes. No movie service has perpetual movies in its library, not Netflix, not HBO, not iTunes. Movies are licensed for X number of years and the licenses are then re-licensed for another price. Expiration dates also encourage views vs people never getting around to viewing a movie because there's no rush. Digital files, in spite of what pirates like to claim, ARE physical entities in that they take up space on banks and banks of servers that cost money to have and maintain. How many buildings full of storage servers would HBO have to have to maintain copies of every movie it has ever shown? There's a continual lifecycle for movies and HBO tends to be in the "after iTunes, before Netflix" spot in the food chain. These services are like theaters, not libraries. You want a movie or show permanently, you buy it and create your own library.
Rating: 1 Votes