When Apple acquired Beats Electronics, several companies that had deals and partnerships with the headphone company were forced to sever their agreements, including Hewlett-Packard (HP).

At the time of the acquisition, HP was selling laptops with "Beats Audio" branded speakers, through a partnership with Beats that was originally established in 2011. HP was only allowed to continue development on products using Beats Audio technologies through the end of 2014, leaving the company without an audio partner and without the "cool" factor Beats brought to the partnership. 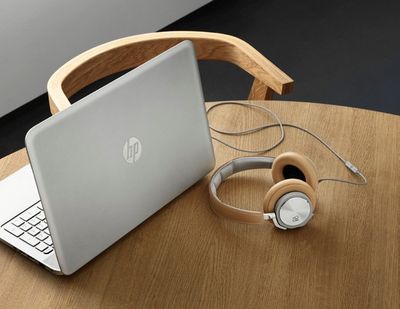 Ahead of the end of its partnership with Beats, HP began using its own in-house audio solution and ceased using Beats branding and logos, but it was unclear if that solution was based on Beats audio technology, as suggested by PCWorld.

At the launch of the recent HP Spectre X360 last month, an HP executive declined to tell the IDG News Service whether the homegrown technology was influenced by Beats, or if it had Beats amplifiers in them. HP has excellent in-house technology to boost audio in PCs, said Mike Nash, vice president of product management for consumer personal systems, at the time.

Though there may have been some remaining ties to Beats in HP products, HP today signaled its readiness to move on from the Beats brand by inking a deal with a new audio partner -- Bang & Olufsen.

"We've certainly spent a lot of time working on audio with Beats over the years. I think certainly a lot of learnings both ways in that relationship," Mike Nash, an HP personal-computer and printing vice president, said on a call with reporters Tuesday, soon after the deal was announced. "The opportunity now is to take everything we already know and combine that with some new expertise ... as part of our partnership with Bang & Olufsen."

Even as HP moves on to Bang & Olufsen, the company is permitted to continue to sell its remaining stock of Beats-branded laptops through the end of 2015, so Bang & Olufsen-branded HP products may sit on store shelves beside those with Beats Audio technology.

tigres
I really appreciate B & O.
You would think Jony wanted that marriage
Score: 35 Votes (Like | Disagree)

hawaii529
Ugly laptop, but B+O over beats any day...looks like HP is the winner here!
Score: 32 Votes (Like | Disagree)

Fortimir
It's really a shame. B&O would have been a perfect pairing with Apple.

Beats sucks at everything except making money.
Score: 31 Votes (Like | Disagree)

69Mustang
I'm laughing at all the suggestions that Apple should have purchased B&O instead of Beats. Thankfully, none of you are in charge of Apple.

Let's see, either buy the top selling brand of headphones, along with a popular streaming service, high margins, high marketshare, and an executive team with great connections OR a company who has declined so much that it's stock sits at $7 when it used to be $50 only 7 years ago and lost $300 million in revenue between 2008 and 2009. A company that is in such straits that it issued a profit warning in 2014 and recently said it would entertain offers from it's competitors.

Yep, I would go with B&O.:rolleyes: B&O makes some great products, no doubt. They also have a great reputation. Unfortunately, that reputation doesn't translate into sales. Apple acquired a company that has high sales, high profit, high marketshare, and high brand name recognition. Yeah, that was dumb.:rolleyes:
Score: 21 Votes (Like | Disagree)

AppleInTheMud
Beats are really low quality. One must be deaf to find that good. B&O tops Beats a million times. Beats only sell because of the hype.

Or I'm just writing that because I'm from Denmark... ;)

Anyway. B&O and Apple would be a dream team. 2 Products known for "quality" and being a statement to own.
Score: 17 Votes (Like | Disagree)

Crosscreek
I will take B&O over Beats anytime.
Score: 13 Votes (Like | Disagree)
Read All Comments