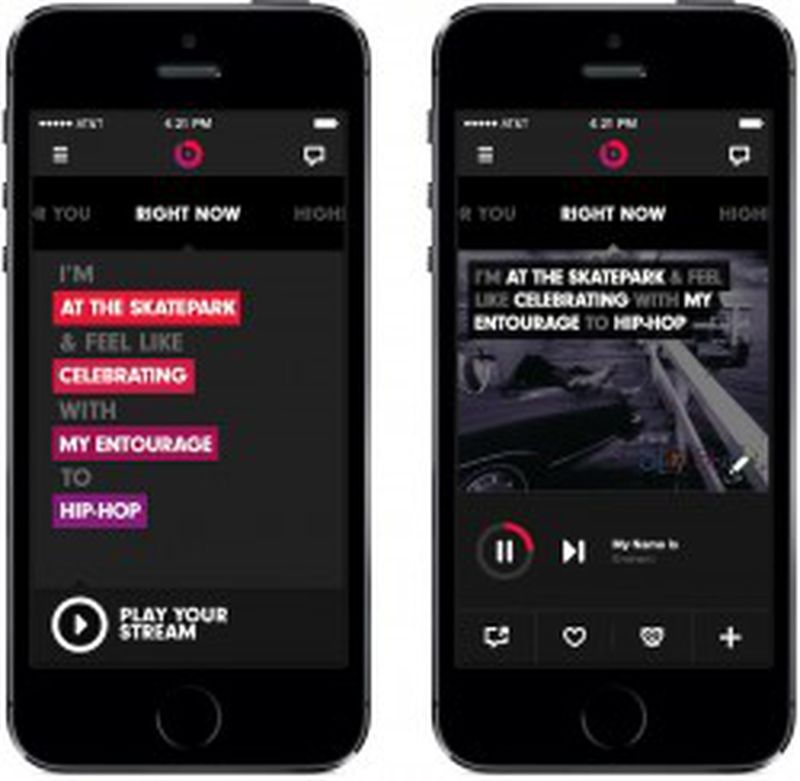 Apple will launch a revamped streaming music service in June at the company's annual Worldwide Developers Conference, according to 9to5Mac and TechCrunch. The report claims the new Beats-based service will debut at Apple's WWDC keynote, likely during the week of June 8, as opposed to an announcement taking place at the upcoming "Spring Forward" media event on March 9.

"Apple currently plans to launch the new music service as part of an iOS 8.4 upgrade for the iPhone, iPad, and iPod touch following WWDC, but a final decision has not yet been made. It’s possible that the service will be bundled into iOS 9 this fall, which is expected to have a significant focus on bug fixes and stability improvements."

As detailed last month, the purported streaming music service is expected to cost up to $7.99 per month, a few dollars cheaper than Apple-owned Beats Music and competitors such as Spotify, Rdio and Google Play Music. The service will be deeply integrated into iTunes on Mac and the stock Music app for iPhone, iPad and iPod touch, and apps will also be available for Apple TV and Android.

Apple is developing its first in-house Android application for the upcoming streaming music service, one of the rarer times that the iPhone maker offers cross-platform support for its products and services. Nevertheless, as the release of iTunes for Windows in the early 2000s helped drive sales of the iPod, expanding beyond the iPhone, iPad and Mac will provide Apple with a much larger pool of potential subscribers in the competitive streaming music market.

Apple is also reportedly wrapping up development of its next-generation Apple TV set-top box that could ship with an improved, tactile remote control and all-new operating system bundled with an App Store. Apple allegedly planned to release a new Apple TV as soon as this month, but the release may be delayed until later this year or beyond until Apple reaches agreements with more content providers like HBO Now.

ButteryScrollin
Feels like the new Apple TV has been just around the corner for about 3 years.
Rating: 25 Votes

sevenseconds
time to retitle this site, "According to 9to5Mac."
Rating: 20 Votes

Feels like the new Apple TV has been just around the corner for about 3 years.


Just wait until the new Campus is complete....with no corners things will take MUCH longer ;)
Rating: 12 Votes

Oh, look, another foreigner complaining about a US company meeting the needs of the US market first.

You think the US NEEDS iTunes Radio? Apple needs people to pay for the damn service so offering to a merger few uptakers in the US alone is not what it needs.

It's been 18 months since it's launch. this has gone way beyond the needs of one country.

Oh and Apple without the rest of the world would be paying 10's of billions to the government and most likely not be where it is today without us, so sorry if the world outside your world has something to say.

By all accounts iTunes Radio is pants anyway. I just wanted to have my say. Hey look at that, a Johnny Foreigner made a rhyme. Me right english good.
Rating: 5 Votes


High fidelity audio + streaming everything is a match made in AT&T, Verizion, etc heaven. Burn that bandwidth baby, burn it! Fees for rolling into higher tiers? Who cares? "The future is the cloud" :rolleyes:
Rating: 5 Votes

BillyMatt87
So will the music app be completely revamped and improved or will it just be a tacked on feature a la iTunes radio?

KindredMAC
For $7.99/month I would seriously give it a thought.
$4.99/month would be a slam dunk though.
Rating: 4 Votes


Oh, look, another foreigner complaining about a US company meeting the needs of the US market first.
Rating: 3 Votes

How will this be different then iTunes Radio?


1. We'll pay for it and spin it like it's a bargain.
2. It will help rationalize why Apple spent $3B on Beats beyond "buying" 2 guys
3. Those of us without unlimited* will get to spend more on cellular service as we accidentally roll into higher tiers more often
4. We'll spin it as another dose of Apple brilliance and why everyone should own iPhones. Then, someone will remind those spinning that this app is also available to the Android crowd. We'll call them trolls and then try to change the subject: "but who makes the most profitable smart phone?" and similar

Did I miss anything?

Everybody's all hyped about this watch, but all I really want is an updated Apple TV.


you and me both!


And me too. IMO, THIS is the most exciting Apple rumor flying around now... better than a port-starved-but-"thinner" Air, a gigantic iPad or a Watch in search of a (masses) "must have" point. I hope Apple is very serious about the little box with the "4".
Rating: 3 Votes