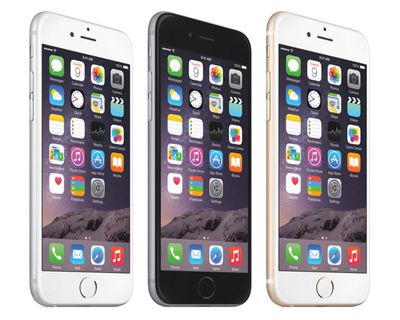 Both the iPhone 6 and iPhone 6 Plus, and all previous models dating back to the iPhone 5, have 1GB of RAM and must be used with a SIM card obtained from an individual carrier. Apple SIM, introduced alongside the iPad Air 2, allows you to choose between a variety of carriers without locking into long-term plans. Participating U.S. carriers include AT&T, Sprint and T-Mobile.

"The same source also told AppleInsider that Apple is strongly considering shipping its next-generation handset with the Apple SIM pre-installed. That piece, which also made its debut with the iPad Air 2, allows consumers to sign up for mobile data plans from any participating carrier directly from the Settings app without long-term contracts and to switch providers at any time."

While the report claims that Apple is strongly considering including a pre-installed Apple SIM on the next iPhone, the company's vice president of iPhone, iPod and iOS product marketing Greg Joswiak downplayed the idea last year because of the higher number of iPhone customers that purchase their smartphone directly from a carrier.

"It's about the customer experience," he said during an appearance here at Re/code's Code/Mobile conference. "We ultimately don't know who you are going to use as the carrier, [and] we want to make it as easy as possible."

Joswiak said Apple has not discussed putting the Apple SIM into iPhones, but said that because of the way most customers buy an iPhone--through a carrier directly--the Apple SIM is not as well suited. "I don't think you're going to go to the Verizon store and say, 'Can you hook me up with AT&T?,'" he said.

These rumors are rather predictable given that Apple typically improves the hardware specifications of iPhones and iPads each year, although the addition of a pre-installed Apple SIM on iPhone may still not materialize due to tough opposition from carriers. Verizon, for example, was notably absent as a participating carrier for Apple SIM when the iPad Air 2 was released last year.

Apple is expected to announce its next-generation iPhones in September per usual. The "iPhone 6s" was also rumored to have 2GB of RAM and Force Touch in January based on sources within Apple's supply chain. Few other details about the upcoming iPhones are known, aside from a disputed claim that the devices will include a DSLR-like dual-lens camera system.

AppleScruff1
Why more RAM? I thought 1GB was enough? Or at least that's what I read whenever someone complained that the iPad Air reloaded tabs.
Score: 49 Votes (Like | Disagree)

_Refurbished_
Will we reach 16gb RAM before we end 16gb storage?
Score: 28 Votes (Like | Disagree)

fratey
Cool, maybe then one can multitask between, say, Google Maps and Safari – without Safari having to reload the tabs every single time (like on my iPhone 6 Plus).
Score: 24 Votes (Like | Disagree)

I don't believe anyone ever said that 1 GB was enough. What they said was that Apple wasn't including so little to be cheap but for other reasons such as battery life and that the tradeoff may well be worth it.

Lots of people said 1GB was enough and people who complained were dismissed on a regular basis by some. Apple knows what they are doing, iOS doesn't need more RAM, why would you want to have 3 tabs open, etc. etc.
Score: 22 Votes (Like | Disagree)

thinkthis
1GB is not enough

I have never owned an Android phone and could probably be considered somewhat of an Apple fanboy.

Let us be clear on one point: 1 GB of ram for a smartphone in today's mobile computing environment is not enough. It is not even close to enough. No amount of optimization by Apple can get around the fact that today's complex and robust applications need an ever increasing amount of RAM.

Apple did a great job of pushing mobile apps to the masses, but they have not built a platform that is capable of executing these apps in a seamless way.

I own an iPhone 6 and when I switch between apps, which I do frequently, I expect that the save state of the previous app will be lost EVERY SINGLE TIME, because that's usually what happens.

This is unacceptable. If they had an iPhone 6++ released last October that had 4GB of ram in it I would have paid $1-200 extra for it. The phone feels crippled as it is right now.

If this rumor is true (and I suspect that it is) I will likely upgrade again. So I guess Apple wins. But I'm not happy about it.
Score: 19 Votes (Like | Disagree)

There was a time when 500 mb or even half of that was enough. My iPhone with 1gb of RAM has performed far better then other devices I have used with at least twice as much RAM. This increased RAM would be for future devices and iOS. And yes, for many who are not into spec craze, currently 1GB of RAM is enough.


Thanks for proving my point.
Score: 17 Votes (Like | Disagree)
Read All Comments