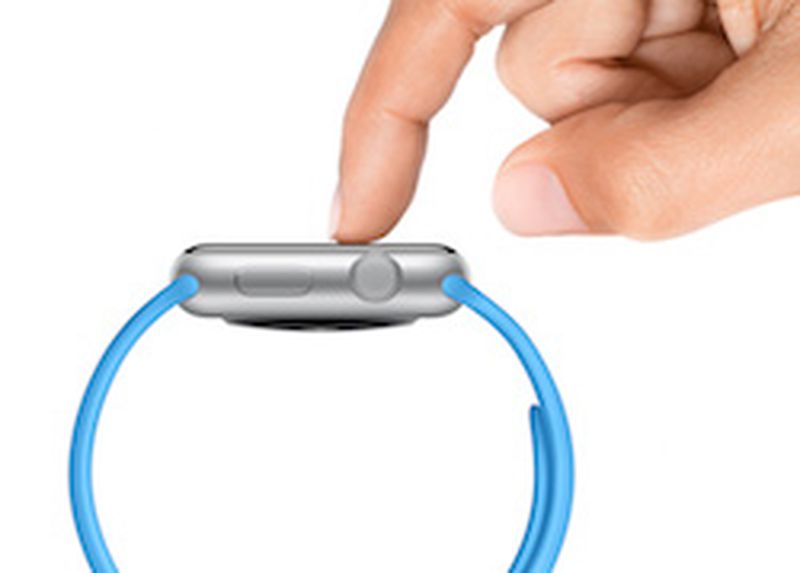 The so-called "iPhone 6s" and "iPhone 6s Plus" will reportedly adopt Force Touch, a feature that debuted on the Apple Watch in September, according to sources for AppleInsider. The next-generation iPhones are expected to retain the same physical design as the iPhone 6 and iPhone 6 Plus, including 4.7-inch and 5.5-inch models. The report adds that the return of a 4-inch model appears unlikely for this refresh.

Force Touch uses tiny electrodes to distinguish between a light tap or deep press on the screen, prompting the software to perform a different action depending on how much pressure is exerted on the display. Apple would likely have to use a flexible OLED display on a future iPhone model in order for Force Touch to be possible on the smartphone. Apple calls Force Touch its most significant new sensing capability since Multi-Touch on its Apple Watch microsite.

"In addition to recognizing touch, Apple Watch senses force, adding a new dimension to the user interface. Force Touch uses tiny electrodes around the flexible Retina display to distinguish between a light tap and a deep press, and trigger instant access to a range of contextually specific controls — such as an action menu in Messages, or a mode that allows you to select different watch faces — whenever you want. It’s the most significant new sensing capability since Multi‑Touch."

Apple reportedly experimented with adding Force Touch to the iPhone 6 and iPhone 6 Plus last year, although calibration issues resulted in removal of the feature prior to the smartphones being released. The issues appear to have been resolved at this point, however, and Force Touch is now on Apple's upcoming roadmap. The so-called "iPhone 6s" and "iPhone 6s Plus" will presumably be announced next September.

The report also dismisses the rumor about next-generation iPhones gaining a DSLR-like dual-lens camera system, as implementing this feature would require redesigning the iPhone and moving away from the current chassis found on the iPhone 6 and iPhone 6 Plus. Last month, it was reported that the iPhone 6s will retain an 8-megapixel rear-facing camera sensor, although that does not limit other improvements from being made.

It was also rumored in January that the iPhone 6s will gain Force Touch and 2GB of RAM.

mpavilion
How would this be different (for a user) from "long-press" -- a UI interaction which other OS's make use of, but iOS seems to use sparingly (or not at all)? In other words, since iOS barely uses long-press, what's the point of "Force Touch"?
Score: 7 Votes (Like | Disagree)

If the iPhone gains an OLED display, it will bring much more than just force touch. There will be an opportunity to really change iOS. Using this display tech, iOS will gain the cool effect of objects seeming to float on the screen like the Apple Watch. That should bring some new UI effects to the iPhone.
Jony Ive recently reffered to this in the New Yorker interview:

He picked up his iPhone 6 and pressed the home button. “The whole of the display comes on,” he said. “That, to me, feels very, very old.” (The iPhone 6 reached stores two weeks later.) He went on to explain that an Apple Watch uses a new display technology whose blacks are blacker than those in an iPhone’s L.E.D. display. This makes it easier to mask the point where, beneath a glass surface, a display ends and its frame begins. An Apple Watch jellyfish swims in deep space, and becomes, Ive said, as much an attribute of the watch as an image. On a current iPhone screen, a jellyfish would be pinned against dark gray, and framed in black, and, Ive said, have “much less magic.”

Currently on a 5C and was tempted by the 6 Plus. Luckily, my contract won't end until this September, and judging by these sorts of rumors, I'm in for a hell of an upgrade :)

I always hold out for the S iterations. The non-S versions have mainly been about form factor changes while the S iterations let them iron out any kinks while upgrading and adding hardware. Form factor is nice and lets everyone know that you have the latest and great, but it's the S updates that really knock it out of the park. It's starting to sound like the 6S is going to be more of the same.
I think Apple actually feels like they need to do more internally for the S iterations in order to set them apart from the non-S, while the big discerning factor of non-S is form factor. Plus, it seems like we have these issues like "Antennagate" or "Bendgate" with new form factors, but don't seem to have these issues with the S.
You honestly can't go wrong with either though. You're getting a great phone whether you get the S or non-S.
Score: 6 Votes (Like | Disagree)

How would this be different (for a user) from "long-press" -- a UI interaction which other OS's make use of, but iOS seems to use sparingly (or not at all)? In other words, since iOS barely uses long-press, what's the point of "Force Touch"?

Coincidence has it, there usually comes a new iOS together with a new iPhone. So I could imagine them implementing tons of features were the new feature makes sense.

On a sidenote, I've also been missing broader support for long taps. There are so many cases were I tried and hoped it would work, but it never did. :(
Score: 6 Votes (Like | Disagree)

mejsric
Now i can see what Samesung Galaxy S7
Score: 5 Votes (Like | Disagree)

unless I can use it as a scale, not interested


Someone is lacking imagination here.
Score: 4 Votes (Like | Disagree)
Read All Comments