Saturday January 24, 2015 4:31 pm PST by Richard Padilla
Apple will begin shipping the Apple Watch in March and will also look to launch its new 12-inch MacBook Air during this quarter, according to a new report by KGI Securities analyst Ming Chi Kuo. The analyst also predicted that iPhone shipments would beat expectations for Q1 2015 with over 61 million units shipped, while iPad shipments are expected to total to 10 million units.

Kuo notes that Apple may reveal more details about the Apple Watch before its official launch, revealing specifics on battery life and the start of pre-orders. Most components of the Apple Watch will see high shipments during the quarter, but other key components are expected to see low production yields which may cause a constrained supply. Kuo predicts that Apple will ship 2.8 million Apple Watch units in Q1 2015, and his estimate for a March launch falls in line with previous reports. 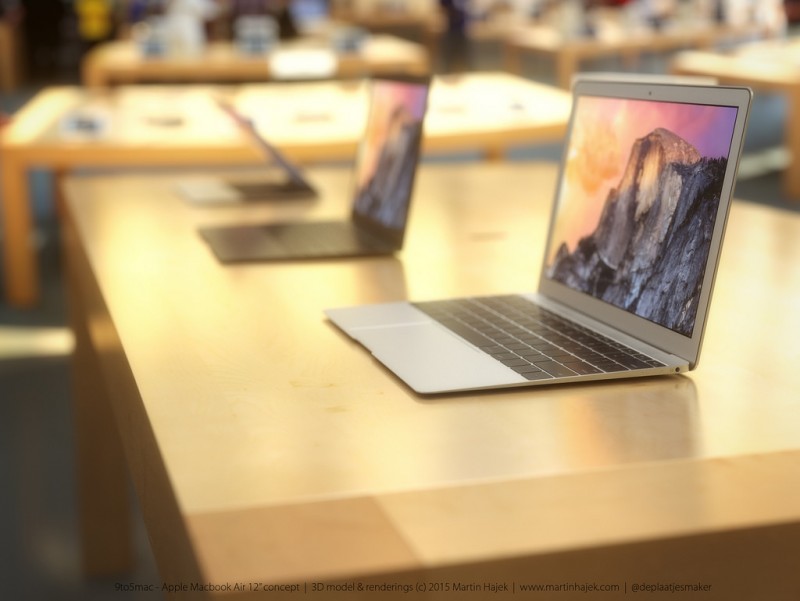 Kuo's estimate for a Q1 2015 launch of the new 12-inch MacBook Air falls in line with a report earlier this month which stated that Apple supplier Quanta Computer was ramping up production of the notebook for a release this quarter. The 12-inch MacBook Air is expected to feature a new ultra-thin, fan-less design with a high resolution Retina display and a low-power Intel Core M processor. The notebook is also said to be one of the first to take advantage of the new reversible USB Type C connector, which may also be used for charging.

maylen
How much does KGI Securities analyst Ming Chi Kuo pay to be featured on this website?
Rating: 44 Votes

I just want a macbook with retina display.

How much does KGI Securities analyst Ming Chi Kuo pay to be featured on this website?

Be nice to fix OS X and iOS first before releasing something else that is going to have problems!


iOS and OS X work perfectly for me. Not a single problem. I'll be up a midnight to pre order the Apple Watch. The more of you who stay away from it, the easier it will be for me to get one. Waterproof, I don't need. I don't need to wear it in the shower.

It's actually hilarious to listen to you guys complain and point out why you won't buy it. Apple is actually aware of every single objection you have. Raising your objections here over and over again will get you nowhere. The watch will be what it will be in it's first generation. And Apple knows it will sell a millions of them without your participation. And they don't care. So, instead of moaning and groaning, find another solution that will make you happy. I promise you that Apple won't mind one little bit and your lost sale will be insignificant. You aren't nearly as powerful as you'd like to think you are.
Rating: 31 Votes

miknos
I just want a macbook air with retina display.


And have sex with Jessica Alba………… TONIGHT!
Rating: 23 Votes

Be nice to fix OS X and iOS first before releasing something else that is going to have problems!
Rating: 20 Votes

I will definitely be holding off until apple watch 2.

My needs:
wear in shower
wear while sleeping so I can track sleep and have a vibrating alarm so I don't wake up my partner.
36 hours battery life so I can wear at night


Out of interest, when would you charge a device that you don't charge at night?
Rating: 20 Votes

troop231
All I would like to know is the water resistivity or lack thereof for the Watch.
Rating: 19 Votes

If this is true, I wonder if this signals a shift away from the Lightning connector. Apple wouldn't shift to USB-C for just one device. If they do ditch Lightning, that would be one of their shortest-lived standards. But USB-C at least will be more compatible across a range of devices.


Classic Apple - promising but proprietary, closed, expensive "standards" that never take off outside of Apple, live a short life and die a sudden death. They just keep doing it over and over.
Rating: 18 Votes