Back in October, Apple removed all Bose audio products, both demo and sellable, from its retail stores around the world, but it appears the company may be planning to reintroduce Bose products to store shelves in the near future.

According to a source that spoke to French Apple website iGen.fr [Google Translate], some Apple retail stores have begun receiving shipments of Bose products with orders to put the products back on store shelves next week. 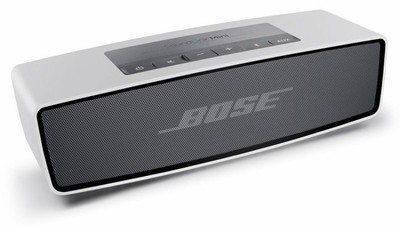 It was not clear why Apple removed Bose products from its retail stores, but the decision did follow Apple's acquisition of Beats Electronics and a July patent infringement lawsuit that Bose filed against Beats. In the lawsuit, Bose accused Beats Electronics of infringing on several patents related to noise cancellation and other audio technologies with its Beats Studio and Studio Wireless headphones.

Shortly before Bose products were removed from Apple Stores, Beats and Bose agreed to settle the dispute between them, so it's possible that a planned removal and reinstatement of Bose products may be related to now-settled disagreement between the two companies. The move to remove Bose products from stores may have been initiated ahead of the settlement, with the products now able to return due to the end of the feud.

While a return of Bose products to the Apple Store following the end of the lawsuit makes some sense, it remains unclear whether iGen.fr's information is accurate. Beats and Bose still offer competing products, and recently, Bose teamed up with the NFL to ban NFL players from wearing Beats headphones during games. Rather than taking offense at the move, however, Beats co-founder Jimmy Iovine was pleased with the attention the ban garnered Beats, saying "I can't believe I'm this lucky" and that it made Beats "look like superheroes."

Bose products are not the only products that Apple has removed from its store shelves in recent months. The company also pulled Fitbit fitness accessories from its retail and online stores in November, without explanation.

Update 12/9: 9to5Mac has acquired internal store information that confirms Bose products such as the SoundLink III Bluetooth Speaker will be returning to store shelves shortly.

I think its a good move for apple to stock them. Lets not get all petty, and just have beats products. The consumer wins out if they carry Bose imo, and Apple wins out because the consumer doesn't buy them elsewhere.


if it's a choice between beats and bose, we all lose.
Score: 13 Votes (Like | Disagree)

MasterRyu2011
I love that portable Bose speaker. Very compact, but packs a punch. You can spend less for louder speakers, but the quality is great with this one.
Score: 9 Votes (Like | Disagree)

Not the top dog in audio fidelity and slightly overpriced.

...i disagree, regarding the mini soundlink (pictured in OP). the thing is a crispy, well-rounded bass Beast.
Score: 8 Votes (Like | Disagree)

maflynn
I think its a good move for apple to stock them. Lets not get all petty, and just have beats products. The consumer wins out if they carry Bose imo, and Apple wins out because the consumer doesn't buy them elsewhere.
Score: 6 Votes (Like | Disagree)

dannyyankou
It would be awesome if they carried Sennheiser, Grado, Shure, Beyerdynamic, and Audio Technica headphones as well.
Score: 5 Votes (Like | Disagree)

SimonTheSoundMa
Bose and Beats, both as bad as each other. Terrible products that are over-hyped and over-priced.
Score: 5 Votes (Like | Disagree)
Read All Comments

Wednesday August 25, 2021 7:48 am PDT by Joe Rossignol
Starting with iOS 15, iPadOS 15, and macOS Monterey, users with a paid iCloud+ storage plan can personalize their iCloud email address with a custom domain name, such as johnny@appleseed.com, and the feature is now available in beta. iCloud+ subscribers interested in setting up a custom email domain can visit the beta.icloud.com website, select "Account Settings" under their name, and select ...
Read Full Article • 898 comments