Apple Follows Through With Plans to Stop Selling Fitbit Devices

Last month, news surfaced of Apple's plans to cease selling Fitbit's line of activity tracking devices in its stores, and as of today, it appears the company has followed through with that decision. All Fitbit products have now been removed from the online Apple Store and Apple has begun removing the devices from its retail stores as well.

Apple previously sold both the Fitbit Flex, Fitbit's activity tracking band, and the Fitbit One, a standalone tracker that could be clipped to clothing, for $99.95. It is not known why Apple opted to remove Fitbit's products from its online stores, but the decision follows Fitbit's announcement that it had no plans to integrate with Apple HealthKit, as it is "working on other exciting projects" for Fitbit users. 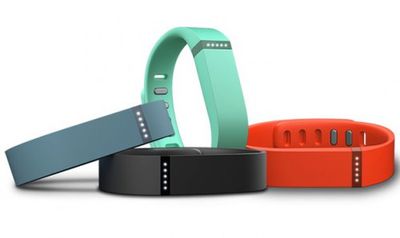 Though Fitbit devices have been removed from Apple Stores, Apple is continuing to sell other fitness tracking products, including the UP from Jawbone and the Nike Fuelband. Jawbone recently introduced the UP3, its most recent fitness tracking device that includes skin and ambient temperature sensors along with a heart rate monitor. It is unclear whether Apple will continue to sell these devices as the launch of the Apple Watch approaches or if the ban is limited to Fitbit.

Fitbit's activity trackers are not the first products that Apple has removed from its stores in recent weeks. Earlier in October, Apple removed Bose audio products from its stores, no longer offering the headphones online or in retail locations.

Good decision. When I shop at Apple stores, I expect a selection that's curated to include only companies that support the latest iOS features. If I want to take my chances, I go to best buy.


Should that include apple themselves ??

proline
Good decision. When I shop at Apple stores, I expect a selection that's curated to include only companies that support the latest iOS features. If I want to take my chances, I go to best buy.
Score: 23 Votes (Like | Disagree)

Rogifan
I don't get what the big deal is. Fitbit says they're not supporting HealthKit and Apple says well then we don't need to sell your products in our stores. What Apple chooses to sell online and in their B&M stores is highly curated anyway. If someone wants to buy a Fitbit there's plenty of other places to buy it from.
Score: 12 Votes (Like | Disagree)


Except that Fitbit has the ability to last several days on a charge as well as track sleeping habits.
Score: 12 Votes (Like | Disagree)

Fitbit's Reply in a nutshell:


My guess is that Fitbit started the "war." When HealthKit was announced at WWDC Fitbit was the poster child. Something happened in the intervening months because then Fitbit said it would not support Health app.

This has zero to do with Apple getting behind competing products -- it sells plenty of non-Apple activity bands in its stores -- and everything to do with not wasting valuable store or web space promoting a product that isn't compatible with the Health App.
Score: 7 Votes (Like | Disagree)
Read All Comments