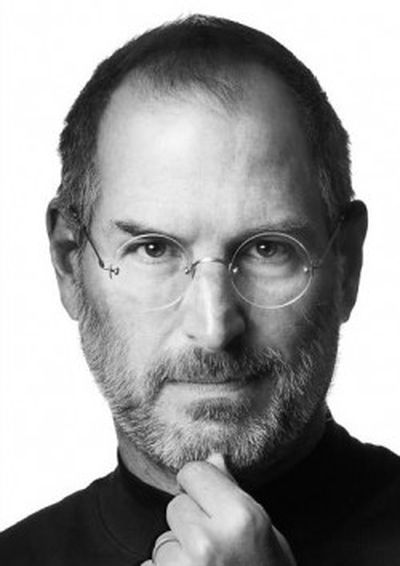 Apple is in court this week dealing with an ongoing class-action lawsuit that accuses the company of purposefully crippling competing music services and inflating prices by locking iPods and iTunes music to its own ecosystem.

Evidence from Steve Jobs, in the form of a series of emails, has played a large role in the case so far, and today, the former Apple CEO was featured in the trial again, when a deposition videotaped in 2011 was shown in court. CNET has been attending the trial since it started earlier this week, and has relayed what Jobs had to say.

In the deposition, taped six months before his death, Steve Jobs echoed much of what Eddy Cue said earlier in the week, suggesting Apple's contracts with record companies forced it to maintain airtight Digital Rights Management (DRM) policies that locked out music from other sources.

"We had pretty much black and white contracts with the labels," Jobs said in the deposition. Those contracts stipulated that if people violated Apple's FairPlay digital rights management system, a technology that would detect other music stores' song files and prevent users from loading them onto the iPod, "... that would be in clear violation of the licenses we had from the labels and they could cease giving us music at any time."

Jobs went on to say that Apple was "very concerned" with RealNetwork's efforts to bypass Apple's DRM. In 2004, the competing music store reverse engineered the FairPlay DRM, gaining access to the iPod. Apple was unhappy with the move, painting RealNetworks as a hacker and later updating iTunes to once again prevent RealNetworks music from playing on the iPod.

According to Jobs, preventing the iPod from playing music from competing services was "collateral damage" caused by record companies confusing demands asking Apple to both open its platform to competitors and prevent hacking via DRM.

During the case, the plaintiffs have argued that Apple had an obligation to allow third-party companies to load music onto the iPod, and that its move to block competitors created a monopoly. Apple, meanwhile, has argued that pressure from record companies and a desire to protect customers from malicious content kept it from making iTunes and the iPod more accessible to third-party companies.

Apple has also suggested that it did not have a monopoly in the market at the time as there were several other MP3 players available, including Microsoft's Zune. As noted by CNET, Jobs' deposition may somewhat undermine that argument, however, as he told the court "We were the only big company involved in this stuff at this time, the one with the deepest pockets."

The iPod antitrust lawsuit, which seeks $350 million in damages, is expected to last for several more days, though Apple is currently attempting to get the case dismissed entirely, as one plaintiff has been removed from the lawsuit and another's iPod purchase dates are in question. The plaintiff's lawyers are fighting Apple's dismissal request and have asked the judge to add a new plaintiff -- a Michigan man who bought an iPod touch in 2008.

kwikdeth
its always kind of confounded me why this was a big issue? it was pretty clear at the time that it was the label's insistence that resulted in having DRM, there would have been no way of getting them onboard otherwise... I think its pretty obvious Jobs was against cumbersome and limiting copy-protection mechanisms and his testimony would somewhat back that up. And it wasnt like it was a huge deal to get around if you were in the least bit tech-saavy. lastly, i seem to recall that at the time period, everybody's players were pretty much locked down to their own content stores.

This might all fall apart, the plaintiffs might not have, you know, actually bought iPods in the right time period to be valid plaintiffs...


eeeeexactly. this whole thing kinda stinks to me as a shameless moneygrab really.
Score: 12 Votes (Like | Disagree)

sshambles
What a waste of time and money this thing is. Seriously.
Score: 11 Votes (Like | Disagree)

bpeeps
After the 9th article about this, I would love to see the Jobs video.
Score: 8 Votes (Like | Disagree)

mdridwan47
I would love to see the video! 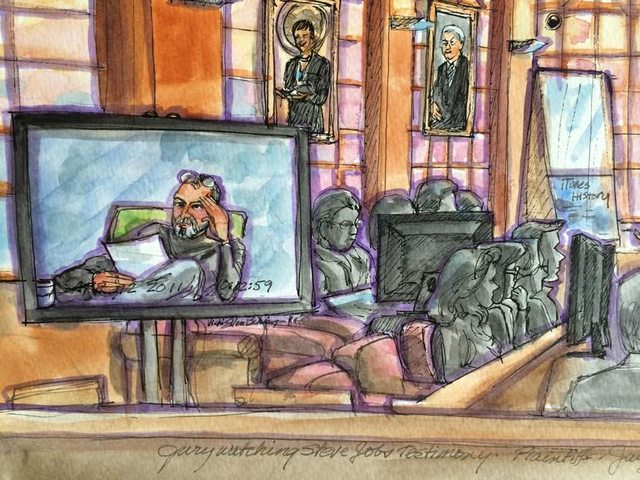 smithrh
This might all fall apart, the plaintiffs might not have, you know, actually bought iPods in the right time period to be valid plaintiffs...


...Of course, to find that out, they would have to find someone who owned a Zune!