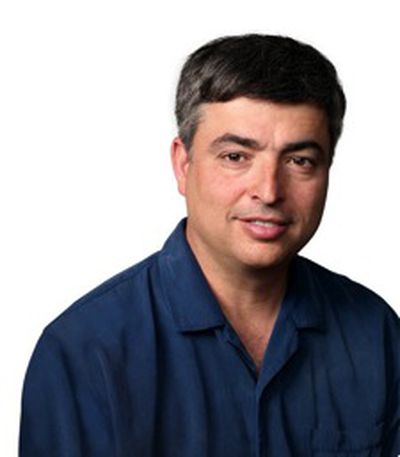 In the early days of iTunes and the iPod, all iTunes music purchases were encoded with Apple's FairPlay DRM, preventing music bought via iTunes from being played on music players other than the iPod. In the two-pronged antitrust lawsuit that covers both iTunes music being restricted to the iPod and iPods being unable to play content from third-party services, Apple's use of restrictive DRM is one of the major complaints against the company.

According to Eddy Cue, in testimony shared by The Verge, Apple was against DRM but was forced to implement it in order to secure deals with record labels. FairPlay, developed by Apple, was not licensed to other companies to allow competing music services to play iTunes music because Apple "couldn't find a way to do that and have it work reliably."

As issue, Cue said, were things like interoperability with the growing multitude of MP3 players. New devices from other companies would come out, and might not work with that system. "Others tried to do this, and it failed miserably," Cue said. "One of those was Microsoft." Cue also noted that when Apple first floated the idea of the iTunes Store to record labels, that they rebuked the idea because they had their own stores with DRM systems that could be different from song to song, and from device to device.

With its FairPlay DRM, Apple essentially prevented iTunes music from being played on competing music players and it also kept competing music services, like RealNetworks, from selling music that could circumvent iTunes and play on the iPod by disallowing RealNetworks' attempts to reverse engineer FairPlay.

As revealed yesterday, Apple also quietly deleted music downloaded from rival services by directing iPod owners to restore their devices to factory settings. According to Cue, allowing third-party music services to work with the iPod "wouldn't work," causing the integration between iTunes and iPod to fail. "There's no way for us to have done that and had the success we had," he said.

In addition to arguing that its DRM was required for deals with record companies, Apple is also positioning its efforts to lock down iTunes and the iPod as a measure to protect consumers from hackers and malicious content. "If a hack happened, we had to remedy the hack within a certain time period," Cue told the court. If the problem wasn't fixed in a timely manner, record companies could pull their music from iTunes, so Apple had to push regular updates to iTunes and its DRM to prevent "hacks" circumventing the technology.

The class action lawsuit, which has featured emails from Steve Jobs, began on Tuesday of this week and is being heard in the U.S. District Court in the Northern District of California. Apple marketing head Phil Schiller is still expected to testify, and a video deposition taken from Jobs before his death is also expected to be heard before the court proceedings end.

cinder
This article wrongly conflates 'Apple wouldn't let people play music from other stores' with 'Apple didn't reverse engineer DRM from other stores and build compatibility with it in the iPod'.

The reason it deleted MP3s from other services is that their MP3s were protected with DRM that was incompatible the Apple FairPlay DRM.
(That the labels insisted on)

Please do your research before parroting what the plaintiffs are claiming.
Score: 13 Votes (Like | Disagree)

The fact that you don't understand the issue is irrelevant.

Obviously, this was an issue otherwise it wouldn't be a court case. If Apple is guilty of intentionally stifling the competition by their use of DRM on their products, they're going to owe lots in damages.


Please don't use the flawed logic that "it wouldn't be a court case" . . . if there wasn't an issue. Way too many frivolous lawsuits exist in America. I'm not specifically saying that is the case here, but it's flawed logic at best.
Score: 10 Votes (Like | Disagree)

Larry-Bloom
I don't see the problem

I don't see what the issue is... It's the same as a game console or phone or other system it just happens to be music. Anyone could of purchased another device if you didn't like buying the music from them. And they still allowed you to pull music off of CD or play MP3... About 50% of the music on my iPod was from CD's.

I didn't like that it didn't work with Windows, but that was fixed...
Score: 10 Votes (Like | Disagree)

I understand why iTunes had DRM that wouldn't work on other players. I don't understand why the iPod couldn't play MP3s elsewhere that didn't have any drm.

What was the reason for that? I assume that an MP3 can't execute software on iPod OS, so I don't understand why it would be an issue.


The iPod (and iTunes) would play unprotected mp3 files just fine. You could rip a CD to mp3's or download mp3's from Limewire or Napster and pull them into iTunes and the iPod without any problem. It just wouldn't play DRM-laden files that were not Apple FairPlay. Apple had no reason to support third-party DRM on their system.
Score: 7 Votes (Like | Disagree)

The fact that you don't understand the issue is irrelevant.

Obviously, this was an issue otherwise it wouldn't be a court case. If Apple is guilty of intentionally stifling the competition by their use of DRM on their products, they're going to owe lots in damages.

So is Apple stifling the competition by not allowing competing App Stores or the ability to side load apps on iOS devices? Why didn't someone else build a better iTunes/iPod combo? What was stopping them?
Score: 7 Votes (Like | Disagree)

Apple not allowing apps onto a device that they sell is different than Apple intentionally deleting music from a device because it was not bought in their store.


My crystal ball tells me that will not be the last bad analogy.
Score: 6 Votes (Like | Disagree)
Read All Comments