Apple has plans to stop selling Fitbit's line of activity tracking devices in its stores as it prepares to launch its own Apple Watch in the coming months, reports Re/code.

While it is not known why Apple plans to cease selling Fitbit products, its decision comes shortly after Fitbit told its users that it had no plans to integrate with Apple's HealthKit at the current time, as it was "working on other exciting projects" for its users. 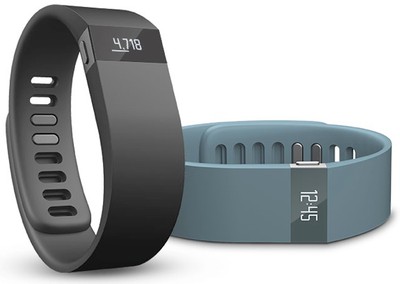 Fitbit's line of activity trackers are similar in function to the Apple Watch, offering users the ability to track their steps taken, distance traveled, calories burned, stairs climbed, and sleep quality. Recent rumors have suggested Fitbit has several new devices in the works that will launch soon, with all of the above features plus a heart rate monitor. A heart rate monitor is one of the key features of the Apple Watch.

Apple sells many other types of fitness tracking devices both in its online store and in retail locations, including the UP from Jawbone and the Nike Fuelband, and it is unclear whether Apple will continue to sell these devices or if the ban is limited to Fitbit.

Fitbit's activity trackers won't be the first products Apple has stopped selling in recent weeks. Just last week, news surfaced that Apple was preparing to remove Bose audio products from its stores. While the reason for that removal was unclear, it was likely related to Apple's recent Beats Electronics acquisition. Apple has indeed gone ahead and started removing the headphones from its retail stores according to both Twitter users and tips received by MacRumors.

That's reason enough. There's no reason for Apple to sell or showcase items in its store that don't integrate well with their own products.
Score: 42 Votes (Like | Disagree)

spectrumfox
Some of the responses from people on this board are bordering on scary.

For example, saying FitBit deserves to go out of business because they don't want to support Apple's HealthKit, and they deserve what they get.

Since when was partnering with Apple a requirement for a company?
Score: 16 Votes (Like | Disagree)

Kaibelf
I'm on board with this. The main Apple area of the store is nice, but the rest of it looks like a bazaar sometimes. They need to get rid of this other junk that isn't built explicitly in a partnership. Fitbit is no better on iOS than on Android, so they shouldn't get this prime real estate ahead of someone else who IS trying to be mutually beneficial. Same with Bose. If they want to actively FINE people for preferring a different brand, even if it's for a cause, then I really am not interested in their products. Same with the whole Samsung "you can't use the phone you prefer at the Olympics" nonsense. Tacky.
Score: 12 Votes (Like | Disagree)

Sleep tracking is one of the main things that attracts me to Fitbit.

The Apple watch won't be able to track sleep, since that's when they expect people to charge it every night.

Honestly, as odd as it sounds, that's one of the main marks against the Aple Watch in my brain right now.
Score: 10 Votes (Like | Disagree)

Well, this should be no surprise.

FitBit says: "We don't have plans to adopt your HealthKit stuff, Apple."

Apple says: "There are dozens of other companies that are already supporting our HealthKit apps. They would love to see their products on our Retail Store shelves. We need to make room for their products, so yours will have to be removed from the shelves. They'll be taking your spot."
Score: 10 Votes (Like | Disagree)
Read All Comments