Saturday November 1, 2014 8:13 am PDT by Eric Slivka
Apple's rumored "iPad Pro" has reportedly been in the works for some time, although the most recent rumors have indicated the company has pushed back its plans for the device as it seeks to give its manufacturing partners time to catch up to iPhone 6 Plus demand. Development work on the project is likely still continuing and a new report from Mac Otakara claims to share some new details on the device.

According to the report, the larger iPad will include a 12.2-inch display, somewhat smaller than the 12.9-inch measurement most commonly rumored for the device. Sources also indicate the device will contain speakers and microphones on both the top and bottom edges, opening the door to an improved stereo audio experience.

Product design concept seems to be based on iPad Air 2, pair of speakers and microphones will be added on top-side not only bottom’s pair. iPad Pro might be capable for supporting stereo audio.

As for thickness, the report claims the iPad Pro will not match the 6.1 mm measurement of the new iPad Air 2 but will still be quite thin, coming in around the same 7 mm mark as the iPhone 6 (6.9 mm) and iPhone 6 Plus (7.1 mm). 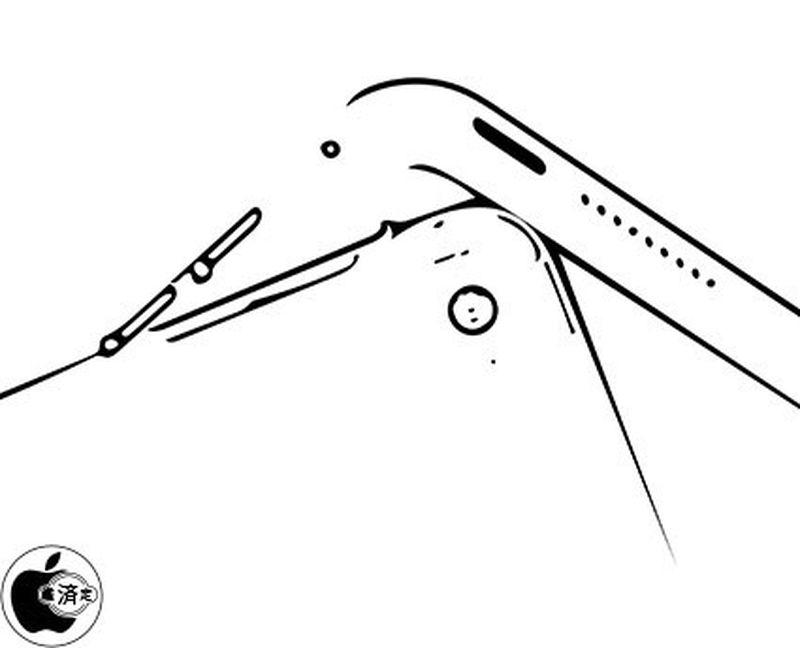 The report also includes a rough illustration, and while the sourcing of the illustration is unclear, it appears to show a row of holes presumably representing a speaker along the top edge of the device next to the power button.

Mac Otakara has a relatively strong (but by no means perfect) track record with Apple product rumors, most recently accurately predicting the arrival of the iPad mini 3 last month alongside a relatively specific claim of new Smart Cover and Smart Case color options that did turn out to be true. Some of the site's previous major claims that were accurate included details on redesigns for the iPod touch and iPod nano back in 2012.

brock2621
Just seems..... odd. I don't know a ton of people begging for a 13" tablet. It will be fairly heavy, and I just can't imagine business or creatives picking this thing up unless it adds additional functionality on the OS level (power user features).
Rating: 33 Votes

Just seems..... odd. I don't know a ton of people begging for a 13" tablet. It will be fairly heavy, and I just can't imagine business or creatives picking this thing up unless it adds additional functionality on the OS level (power user features).


Features like a proper digitizer with support for pressure sensitive styluses.

Maybe the Pixelmator guys will be back on stage.
Rating: 22 Votes

soundguyami
This must be back in the same development lab of the rumored Apple TV set...
Rating: 19 Votes

Devie
If it doesn't run OS X then I see no point in it.
Rating: 17 Votes

Sandstorm
Bring it on! My 1 great wish is for it to have quality (high end Wacom level) stylus. It would open up endless new uses and new kinds of apps for creative people.
Rating: 17 Votes

zedsdead
I can see some uses for the larger screen, but the software on the productivity side still isn't where it needs to be. Still easier and more powerful in most cases to use a MacBook.

The screen space needs to be more geared for multitasking, file management and productivity. One of the major reasons the iPad growth has stagnated and the Mac is resurging.

The internals of the iPad Air 2 are amazing..,but really how many people are ever going to do things on an iPad that really take advantage of it.
Rating: 14 Votes

Just seems..... odd. I don't know a ton of people begging for a 13" tablet. It will be fairly heavy, and I just can't imagine business or creatives picking this thing up unless it adds additional functionality on the OS level (power user features).


A bigger iPhone added new features based on the size, pretty safe to say a bigger iPad would do the same. I can tell you this, even the current sized iPad is not really big enough for a music stand to read music, I'd be all over this one.
Rating: 13 Votes

Features like a proper digitizer with support for pressure sensitive styluses.

Maybe the Pixelmator guys will be back on stage.


This. Apple has been very disdainful about styluses (they don't even sell them at Apple Stores!) and Steve Jobs will probably be turning in his grave but if they want to make serious inroads in education proper stylus support is a must. It would make this giant ipad an instant hit with college students which is a reasonably large target audience.
Rating: 12 Votes