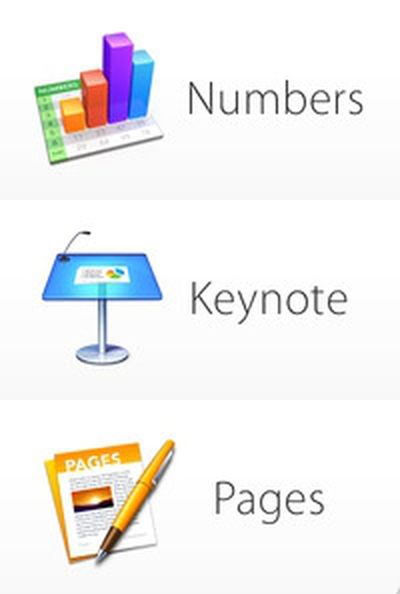 Today's minor update for the iWork apps follows a more significant update that was first released in April, adding several new features and improvements to return functionality that was removed when the new iWork apps were introduced in first September of 2013.

Better yet, Apple should revert to the Pages '09 layout. I refuse to update from my iWork '09 until they fix the GUI in the newer ones.

It isn't just the interface, it's the features. Yosemite is beginning to scare me. If the new OS breaks iWork '09, I will be unable to buy any new Macs, maybe ever, as I am highly dependent on Pages 4.1, and it looks like feature parity is pretty much a lost cause.
Score: 10 Votes (Like | Disagree)

What's got you stuck on an old version of iWork?

All of the functions that are missing from the current version. There are long lists of functions and features that are missing from the latest version. Something as simple as linked text boxes in Pages is gone. What was once something that could easily replace MS Word & Publisher for most people has been gutted out to be little more than MS WordPad.

Sracer is right. iWork was a powerful, albeit dated, software package. I simply loved Pages '09 (4.3). I used it for publishing needs, graduated work, and undergraduate research proposals. True, MS Word had more features and better integration with third party software like Endnote, but it was never that user friendly and I was able to be more efficient in Pages due to its simply interface, but powerful feature set (Inspector). I never bothered to learn Nimbers since I would use Excel in accounting so much.

iWork was a niche Office contender. I was so hoping that Apple would finally bring it up to date, but instead they rebuilt it with iOS in mind and took away several of the Mac features. Don't get me wrong, compatibly and consistent feature set with iOS is very nice, but Apple again played to the general consumer. They created what looks like a tablet app on the desktop. I hate the large, obnoxious sidebar that only shows "relevant" tools instead of all features like the old Inspector. But I would bend to the new UI if some of the features (even basic ones like showing two pages at the same time) were gone. AND it "updated" Pages 09 documents and lost backward compatibility. What's even sadder is that Microsoft managed to bring office to the iPad without taking away desktop features. They will build the tablet versions up instead of tearing the desktop versions down.

The fact that Apple kept the old versions in an update shows that they knew how old users would feel, that just isn't something Apple usually does. And like some one on this forum said, I don't think Apple ever intended to match its predecessor and add back new features. They only announced that intent after so much outcry. I sincerely hope Word 2014/2015 is a fluid piece of software. If it matches Word and Excel for windows I will most like leave iwork 09 behind. It was great software, but is dead now. This just the new Apple. I don't fault them for appealing to the masses, that's where they make most of their money, but Apple was a niche company for so long and now they moving to a masses only company. Killing Aperture, iWork, all the Facebook and Twitter in your face in both of their OSes, hiding the Library folder. *sigh*
Score: 7 Votes (Like | Disagree)

Apple is awesome... to get free OS upgrades and productivity apps for life after purchasing their totally reasonable and high quality hardware. You bet my next computer will also be a Mac :cool:


Be forewarned. Their "updates" are not always upgrades.
Score: 5 Votes (Like | Disagree)

Better yet, Apple should revert to the Pages '09 layout. I refuse to update from my iWork '09 until they fix the GUI in the newer ones.
Score: 5 Votes (Like | Disagree)

That's fair, although inside I am gutted for you really. Converting the few .pages files I had when Pages was downgraded was a pain and I couldn't imagine being on any other format than .doc or .docx. Anything else seems to be asking for trouble nowadays, either the software becomes abandonware (and then eventually obsolete and lacking in new features) or Apple decided to yank features from their office software. But whatever works for you I guess.
(Can I ask why you hate Word though? Just out of sheer curiosity. I write for a living and I can't imagine writing in anything else now Pages' functionality has been reduced to that of MS Wordpad.)

The problem with converting files from Pages (old) to Pages (new) is that the feature set of Pages (new) is reduced from the previous version. I had migrated from Pages 1.0 to Pages 4.x without any issues. I wasn't asking for trouble and did not have any until 5.0. And I don't know how I could be more clear in saying that this does not work for me.

From Day One, the entire design philosophy Microsoft has used for Word was to cram as many features into it as possible, with little regard for how important those features are to the core functions of a word processor, or for how well they were implemented. This is how you get awful concepts like the ribbon bar. At one point in the evolution of Word, these bars took up about a quarter of the screen real estate. This is the result of nobody taking charge of UI design.

I constantly see the results in Word documents. Apparently almost nobody who uses Word has the first clue about how to style paragraphs or text, for example. This is because Microsoft's consistently poor implementation of this core feature of a word processor. In fact a great many people would be better off using WordPad. They are trying to drive a semi-tractor to the supermarket.

I also write for a living. Most of my raw writing is actually done in in TextEdit, which I find to be perfect for this purpose. Final documents are completed in Pages, which until the recent downgrade, was pretty close to perfect for that purpose.

And again, I am not defending Apple's decision to reduce the feature set in Pages. Far from it. Some of the features that were most important to me, and unique to Pages, are now gone. I understand why Apple did this, but I still think it was a very poorly considered decision.
Score: 4 Votes (Like | Disagree)

wordsworth
Apple used to really care about its software: The detail. The functionality. The versatility that enabled Apple software and Windows software to connect (on Apple's side, of course). I remember when an acquaintance was having great trouble opening an old Word file on his PC. None of his PC friends could help him out. I asked my PC friends and no luck either. Then I figured, what the heck, his software is from the same era as my PowerPC gear and Apple was always good that way. So I slipped that floppy into the drive and bingo: what would you like today, sir? In fact all my Apple machines could open that previously stubborn Word PC file.

The reason? Steve Jobs' Apple (he was by now back at the helm and the 'new' iMacs were well established). The company was again focused on detail and trying to compensate for its 'tiny fish in a big pond' market share, and for the generally bemused perception of the majority. So when a Windows friend would say, "Oh, you can't get any software for those weird Mac things," there was in fact a vibrant market for third-party Mac-compatible software, and Apple's own software had to be first-rate  and as Windows-friendly as it could be.

As an earlier poster on this thread commented, ClarisWorks was a great bundle of software  Apple's elegant version of Microsoft Works. The word processor was clean, simple and efficient. AppleWorks followed, eventually, and it was excellent too. But by the time of Pages, Apple had bigger targets in its sights: after waking people up to Apple with iMacs, the company's iPods, iPhones and iPads were converting non-Mac people in their millions. It was a fantastic vision, but the software-functionality ball was also in the process of being dropped even despite the wizzy new OSs and software suites.

Steve is no longer there, getting people to push their respective envelopes, and while iWork should have lived up to its potential all along the way, instead here I am using iWork 09 (bugs and all). I haven't even decided just how I'm going to start using my new MacBook Air.

Where Apple has come from to where it's at now is remarkable. But I wish there was a Steve there, fixating about everything and ensuring that when something was dropped (floppies, chip architecture, aspects of hardware and software), my Mac would ultimately be the better for it.

Rose-tinted spectacles? Undoubtedly. But some truth, too.
Score: 4 Votes (Like | Disagree)
Read All Comments