Front Panel from 4.7-Inch iPhone 6 Once Again Shown in Photos

Taiwanese Apple news website AppleClub (Google Translate, via 9to5Mac) shares new photos of the supposed front panel from the 4.7-inch iPhone 6, including the device's display and its insides.

The images are consistent with prior leaks of the iPhone 6's front panel, showing a larger screen, a thinner bezel, rounded edges, and a cutout for the Touch ID home button. The panel depicted also features the front-facing camera and the ambient light sensor located on the left and at the top respectively, which is similar to the design of the iPhone 4.

It is not known whether the display shown is made of sapphire, which was once rumored to come with the 4.7-inch iPhone 6. However, recent rumors have suggested that the smaller iPhone 6 will not come with a sapphire display, as rigorous scratch tests may instead hint at a more durable glass screen. Sapphire panels may come to the larger 5.5-inch iPhone 6, which is reported to feature a number of other differentiating factors including a faster processor and a camera with optical image stabilization.

Apple's next-generation iPhone will be revealed at an event on September 9, with sales likely commencing roughly a week and a half afterward. It is likely that the 4.7-inch iPhone 6 will launch first, as the 5.5-inch model is said to be experiencing production issues that may lead to a delayed release. 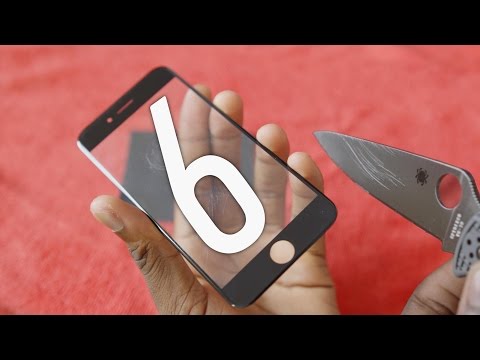 Where are the thinner side bezels? Where is the slightly curved edges? Even the top and bottom bezels looks smaller with the display shown on YouTube. :confused:
Score: 16 Votes (Like | Disagree)

Dilster3k
5.5'' not existing comments are coming...
Score: 13 Votes (Like | Disagree)
Read All Comments

Tuesday January 26, 2021 6:14 am PST by Joe Rossignol
Apple today announced that it will be celebrating Black History Month with curated content that highlights and amplifies Black creators, artists, developers, and businesses across the App Store, Apple Music, the Apple TV app, Apple Books, Apple Podcasts, and more. The content will be featured throughout the month of February. Black Unity Sport Band has "Truth. Power. Solidarity." ...
Read Full Article • 129 comments