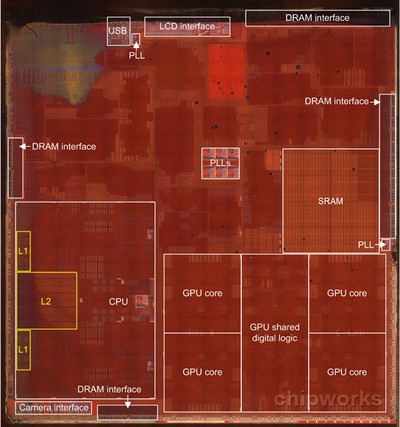 A7 transistor die photo from Chipworks
Details on the degree of processor difference between the two models were not provided, but the report suggests it may be more than a simple difference in clock speed as seen in the A7 used in the current iPads and iPhone 5s. The A7 in the iPad Air is clocked at 1.4 GHz, while the same chip in the Retina iPad mini and iPhone 5s is clocked at 1.3 GHz.

Arcuri suggests the processor in the faster 5.5-inch iPhone 6 may actually have a larger die than the version found in the 4.7-inch model. This architectural change may hint at an A8 processor with a different graphics processor or possibly a new process for the fabrication of the chip.

Besides two different processors, Arcuri also believes the two iPhone 6 models may ship with different touch modules, with TPK as the likely manufacturer.

Apple is expected to unveil the iPhone at a September event with the 4.7-inch model possibly arriving first and the 5.5-inch following up to several months later.

kolax
Hope not! I want to buy a phone based on screen size, and not be forced to use a bigger screen to get better performance.
Score: 27 Votes (Like | Disagree) 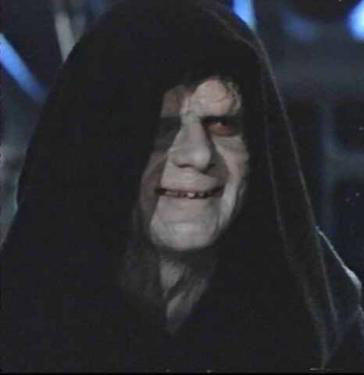 If all these turn out to be true, it will be a stretch to call both the iphone 6!
Score: 13 Votes (Like | Disagree)

kkamann
This should be a lively discussion. Lol
Score: 12 Votes (Like | Disagree)
Read All Comments

Sunday May 9, 2021 2:00 am PDT by Sami Fathi
Zoom, a hallmark platform used by millions during the global health crisis, has been given access to a special iPadOS API that allows the app to use the iPad camera while the app is in use in Split View multitasking mode. This case of special treatment was first brought to attention by app developer Jeremy Provost, who, in a blog post, explains that Zoom uses a special API that allows the...
Read Full Article • 262 comments