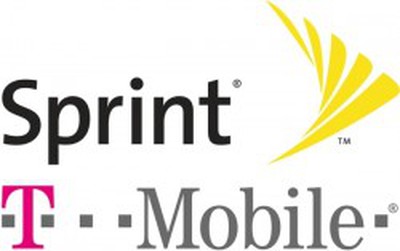 Sprint is abandoning plans to purchase T-Mobile US, reports The Wall Street Journal. According to the site, Sprint and its parent company Softbank believe it would be too hard to gain regulatory approval for the deal, with Sprint planning to make an announcement on Wednesday.

Sprint Corp. is ending its pursuit of T-Mobile US, according to people familiar with the matter. The company and its parent, SoftBank Corp. decided it simply would be too difficult to win approval from regulators, the people said.

News that Sprint was working on a potential purchase of T-Mobile US first came in December of 2013, when The Wall Street Journal suggested Sprint was preparing a takeover bid. The deal, which could have been worth more than $20 billion, would have been subjected to significant regulatory scrutiny.

In fact, the United States Justice Department met with Sprint board members to discuss the deal and expressed concerns about the merger. U.S. antitrust authorities reportedly believe that having four national carriers is necessary to maintain a competitive market.

Japanese carrier Softbank purchased a 70 percent controlling interest in Sprint back in 2012, while T-Mobile is majority owned by German telecom giant Deutsche Telekom. According to Bloomberg, Sprint will also be announcing a new CEO as soon as tomorrow, as current CEO Dan Hesse is said to be out following the failed merger.

This is the second time a T-Mobile purchase has fallen through. AT&T previously attempted to acquire T-Mobile but the deal fell through after being blocked by Federal Communications Commission and the Department of Justice.

kinless
Oh good, now I can switch from Sprint to T-Mo without fear of falling back to where I started.
Score: 29 Votes (Like | Disagree)

Alisstar
Consumers are better off this way.
Score: 16 Votes (Like | Disagree)

Black Magic
I'm glad. I'm switching carriers in September when the iPhone 6 drops and T-Mobile was off the table due to Sprint possibly merging. Now they are back on the table.
Score: 5 Votes (Like | Disagree)

rumz
Only disappointing thing to me about this is that T-Mobile got such a nice boost from the AT&T merger failing ;) (money and spectrum). I didn't think this would go through but I'm fine not risking it either.

I'm not advocating this merger, but this is the #3 and #4 merging, which would still, combined, be a lot smaller than #2, right? Why is that such a huge problem?


Speaking for myself as a T-Mobile user (and possibly others)-- we'd rather not get stuck with Sprint (again). Left them 3 years ago and haven't looked back. I like how T-Mobile is rolling these days.
Score: 5 Votes (Like | Disagree)

JoeGualtieri
Thank God. I have T-Mobile right now, and I didn't want this merger to go through at ALL. If anything, I would've preferred T-Mobile to take over Sprint. I just couldn't see Sprint buying T-mobile after all the effort T-mo has done with the Uncarrier ever since June 2013.

For those of you complaining about coverage as of now, T-mobile is upgrading ALL 2G to the latest 4G LTE starting about a month ago. So as much as it sucks, just stick with it. At the end of this year, or earlier, hopefully your area is covered.