Apple's (Product) RED contributions towards the fight against AIDS now total $75 million, according to a blog post on the (RED) website. The post, which thanks Apple for its generous contributions, notes that the company is (Product) RED's biggest partner.

(RED) also addresses commentary from U2 frontman Bono, who leads the charity. At the Cannes Lions festival earlier this week, Bono and Apple design chief Jony Ive gave an interview where Bono commented on Apple's reluctance to use heavy (RED) branding, calling it "modesty run amok." 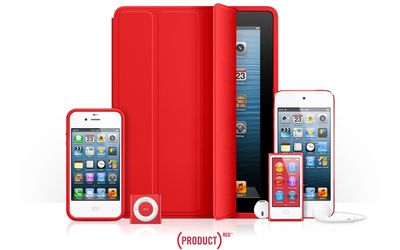 According to the (RED) blog post, Bono was simply teasing Ive and Apple about its reluctance to "take credit for its charitable work," going on to say that his humor was taken out of context and confirming that both Bono and (RED) are "so grateful" to Steve Jobs, Tim Cook, Jony Ive, and the rest of Apple's employees

In a reminder that humor doesn't always travel out of context, some of Bono's teasing and faux outrage at Apple's modesty were reported as actual criticism of the company. Nothing could be further from the truth of course. Bono has been one of Apple's biggest supporters, pushing back publicly on those who have made negative assumptions about the company's charitable work, simply because they don't shout it from the rooftops. That modesty is their right, and in many ways admirable.

According to The Loop's Shawn King, Apple may be planning to increase support for (RED) in the coming months. Following Bono's interview, King posted the following: "Great to see Bono calling Apple out on their "understated" approach to this issue. But you'll see that change within six months," clarifying in the comments that Apple will boost exposure for (RED).

It is unclear how Apple will boost exposure, but in the past, the company has released several different (RED) branded products, including iPod nanos and shuffles, iPad Smart Covers, iPhone Bumpers, and more, with a portion of the purchase price going directly to the charity. It has also decorated its Apple retail locations with red logos for World AIDS day and last year, Ive teamed up with designer Marc Newson to create a range of one-of-a-kind products that were auctioned off by Sotheby's, with the proceeds going to (RED).

In total, with all of its partners, which includes Apple, Starbucks, Coca-Cola, and others, (Product) RED has raised more than $250 million to fight AIDS since it was founded in 2006.

ck2875
When it's time to recycle images in articles, here's a newer image with iPad Air and iPhone 5s: 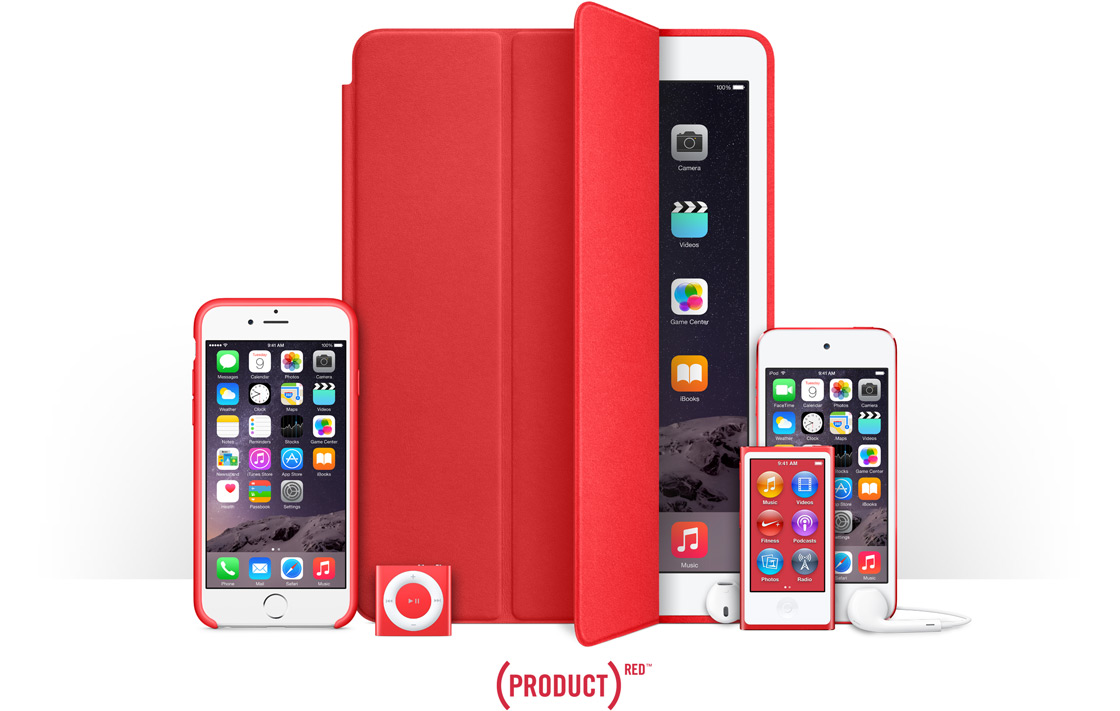 Kudos to Apple. I wonder why you never hear about charity programs from Samsung, Google, Microsoft, etc....

Look up what Bill Gates is doing with all that money: http://en.wikipedia.org/wiki/Bill_Gates_Foundation
Score: 12 Votes (Like | Disagree)

Look up what Bill Gates is doing with all that money: http://en.wikipedia.org/wiki/Bill_Gates_Foundation


Bill Gates != Microsoft and hasn't for some time. I was there at his last PDC keynote.
Score: 11 Votes (Like | Disagree)

Menopause
"Explains". More like damage control. Here's the simple truth: Bono is proud, ungrateful and arrogant. If I were him I'd be at the least obliged if Apple made me even 75 cents.
Score: 11 Votes (Like | Disagree)

Rogifan
Of course his comments were blown way out of proportion. I mean my god, when you have Jony Ive on stage laughing at Bono's remarks I think it's a pretty good indication he was not being serious. I thought the anecdote about telling Steve to stick his phone up his you know what was funny, and so did the audience. Shame that the rumor sites had to create this faux outrage all in the name of page views. :rolleyes:
Score: 8 Votes (Like | Disagree)
Read All Comments