Intel today showed off a new reference PC design built around the company's upcoming Broadwell Core M processor. The Core M is based on a 14 nm process and will the first Broadwell chip to be made available to manufacturers, who are expected to debut the chip in retail products by the end of this year.

With Intel experiencing difficulties and delays with the development of Broadwell, the current Haswell generation has been stretched out somewhat with only modest "Haswell refresh" bumps taking place in recent months to tide users over until Broadwell. With improved performance and efficiency, Broadwell is seen as a significant opportunity for innovation in personal computers. 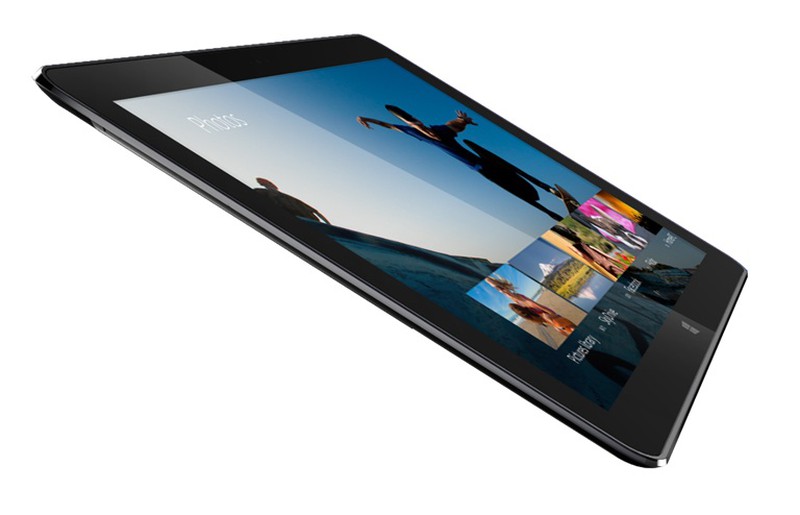 Intel's reference design for hybrid tablet-notebook running on Broadwell
At Computex, Intel president Renee James showcased the first Core M device -- a 12.5-inch tablet-notebook hybrid that is thinner than the iPad Air, has a fanless design, and provides energy-efficient performance for mobile users.

The innovative design is based on the first of Intel's next-generation 14nm Broadwell processors that are purpose-built for 2 in 1s and will be in market later this year. Called the Intel Core M processor, it will deliver the most energy-efficient Intel Core processor in the company's history. The majority of designs based on this new chip are expected to be fanless and deliver both a lightning-fast tablet and a razor-thin laptop.

Apple has been rumored to planning to release a fanless Retina MacBook Air later this year, but it is unclear exactly what technology Apple will use to achieve that design. The Core M processor being shown by Intel today is part of the Broadwell-Y series that runs at just a handful of watts, while the MacBook Air currently includes Haswell-U series chips running in the 15-watt range. Broadwell-U chips are expected, although perhaps not in significant quantities until early 2015.

KingofGotham1
I would be very interested in a Macbook Air with fan-less design, with a slimmer profile and longer battery life!
Score: 15 Votes (Like | Disagree)

TWSS37
This is not the WWDC update you are looking for
Score: 13 Votes (Like | Disagree)


Yeah, Mac Mini has quad-core CPU and dedicated graphics and is exactly what an iMac would be without display:rolleyes:
Score: 11 Votes (Like | Disagree)

Man, I'll die waiting for the xMac (iMac with no screen).

WHY ARE YOU DENYING US THIS????

And I don't want to hear anything about the whole "focus" BS. Apple has more money than God already. They can throw us (non-appliance fans) a bone here. :p

How about a Mac Pro lite? That is desktop hardware inside a tower similar to the Mac Pro.

A question I've been asking for years.

Eventually technology will get to the place where the Mini platform could house a pretty good desktop PC. We aren't far from that now. My fear though is that Apple will take this move to 14NM and try to make an even smaller fan less machine instead of giving us a maximal performance Mac Mini. In other words just about the time the right technology debuts for a decent Mini, Apple will cancel the machine to make a smaller machine.

Given that the coming technology has the potential to really enhance the machine. That is if Apple actually leverages 14nm to seriously up the Mini's performance. Right now we need a substantially better GPU in the machine and more cores. Broadwell has the potential here, especially if Apple sticks with chips in the 35 watt range.


I gave up and built my own PC. Apple is NEVER NEVER NEVER going to sell a headless iMac or any sort of regular Mac Desktop. It'll cannibalize their AIWs and the Pro. I'd venture to bet they'd lose 65% of their Mac Pro sales and 35% of their iMac sales if they did so.
Score: 7 Votes (Like | Disagree)
Read All Comments

Tuesday May 26, 2020 2:31 am PDT by Tim Hardwick
Apple will use a Lightning port instead of USB-C in the upcoming "iPhone 12," but it will be the last major series of Apple's flagship phones to do so, with models set to combine wireless charging and a port-less Smart Connector system for data transfer and syncing in the iPhone "13 series" next year. The above claim comes from occasional Apple leaker and Twitter user "Fudge" (@choco_bit),...
Read Full Article • 357 comments