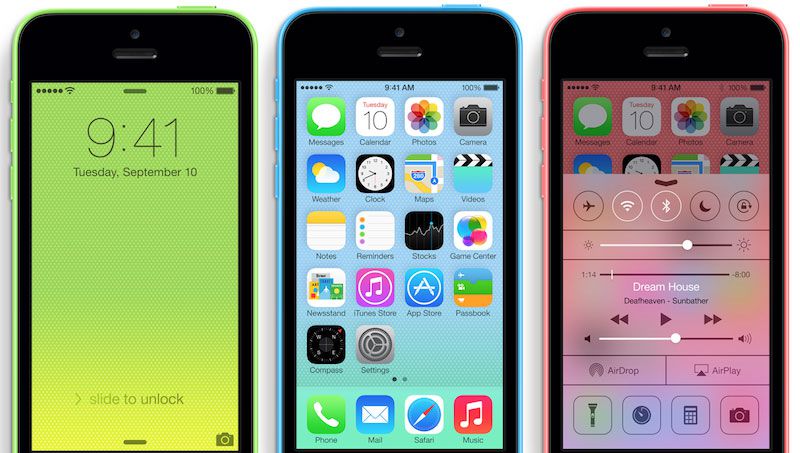 Apple released the 8 GB version of the iPhone 5c earlier this year and brought the phone to more than 16 countries outside the US. Apple introduced this low-capacity model as an affordable option that also is compatible with a growing number of developing LTE networks overseas.

Apple has been expanding its presence in India, bringing back the iPhone 4 earlier this year and growing its network of retail stores in the country. According to Canalys's 2013 estimates, India is the third largest smartphone market in the world and growing. Apple is aware of the opportunity, with CEO Tim Cook reporting in Q3 2013 that iPhone sales in the country increased 400 percent year-over year.

zbarvian
That makes the 5C the most overpriced smartphone by a long shot.
Rating: 5 Votes

lunarworks
With quality phones like the $199 Moto G and the $149 Moto E, Apple won't be able to get away with these prices forever.

Let's hope they reposition the 5C in September.
Rating: 5 Votes

NMBob
$500 for an 8GB anything is just greedy. That's too bad, but becoming normal.
Rating: 5 Votes

keterboy
500+ USD is a fortune for most of India, i hope they know what they're doing.
Rating: 5 Votes

500+ USD is a fortune for most of India, i hope they know what they're doing.

cdmoore74
Another stupid attempt by Apple. Haven't they learned from the iPhone 4 failure?
Rating: 4 Votes

thedeejay
Just came back from India, and let me tell you that there is no way in heck this is affordable by the average population. I don't think this will appeal to the norms even with the introduction of iPhone 5C 8GB because it's quite high. There are some decent Android phones that do the job and probably more for around 15,000 INR. Apple won't succeed with this pricing.
Rating: 4 Votes

diddl14
Sounds like a real bargain for most of India's population.
Rating: 4 Votes

zorinlynx
Why does the 8GB iPhone even exist? The cost difference between 8GB and 16GB of NAND flash is negligible. They could just drop the price of the 16GB model and have their cheap "emerging markets" phone.
Rating: 3 Votes
[ Read All Comments ]