Apple's first generation Apple TVs have lost their ability to connect to iTunes and appears to be affecting users worldwide.

A lengthy Apple Discussions page shows that the problem started on the 17th of April and has persisted for 1st generation Apple TV users. Forum poster georgevargas describes the issue:

As of last night I had full access to the iTunes Store. Since this morning I was getting an Itunes Store Not Available message, and after unplugging the AppleTv the iTunes Store access completly disappeared except for movie trailers.

Users have gone through the usual diagnostics, including rebooting and restoring, but have found that nothing has restored connectivity. MacRumors has confirmed the issue on our own 1st generation Apple TV.

The initial timing of the outage corresponds to the FaceTime not working for iOS 6 users, suggesting some internal changes by Apple has affected both services. Some users are speculating that internal communication upgrades related to the Heartbleed security issue could be related. Apple denied that Heartbleed affected any of its "key services" but did not elaborate on what those might be.

Update 4/22 12:00 PM PT: Apple appears to have resolved the issue preventing first-generation Apple TVs from connecting to iTunes. Many users are reporting that their Apple TVs are once again functional.

bwillwall
If it's a blackout, Apple needs to tell people about it.

If it's a cutoff due to age Apple needs to warn ahead of time.

I love you Apple but you need to act like you care about your customers that don't own the latest version of everything.
Score: 63 Votes (Like | Disagree)

2. You are talking about a nearly full seven year old device, running ages old software. Time to move on from it and stop expecting it to act like it should be running just as well as when it was new.


Why not should a seven year old device work as it did ever so well only a few days ago? I like my first gen Apple TV. Why? Local storage! Something the newer models lack.

Just because some device is older than average, doesn't make it useless. Plenty of old white plastic MacBooks are still working just fine as they should. But no, since they're "old" it's time to upgrade to a new Mac or otherwise simply due to its age despite its potential.

If the down vote option was still around, you may be having a serving of humble pie.
Score: 33 Votes (Like | Disagree)

HenryDJP
Oh here comes the posts of "Apple purposely did this to make people upgrade to the newest Apple TV".
Score: 28 Votes (Like | Disagree)

2. You are talking about a nearly full seven year old device, running ages old software. Time to move on from it and stop expecting it to act like it should be running just as well as when it was new.
Score: 22 Votes (Like | Disagree) 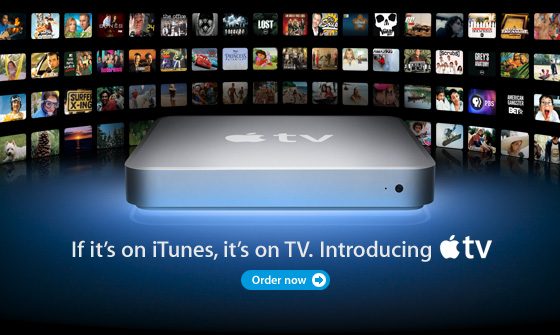 Saturday March 6, 2021 7:33 am PST by Joe Rossignol
Apple on late Friday evening added a "while supplies last" notice to its iMac Pro product page worldwide, and removed all upgrade options for the computer, leaving only the standard configuration available to order for now. We've since confirmed with Apple that when supplies run out, the iMac Pro will no longer be available whatsoever. Apple says the latest 27-inch iMac introduced in August...
Read Full Article • 370 comments

Friday March 5, 2021 9:53 am PST by Joe Rossignol
Initially filed in 2016, a class action lawsuit that accuses Apple of violating the Magnusson-Moss Warranty Act, Song-Beverly Consumer Warranty Act, and other U.S. laws by providing customers with refurbished replacement devices is set to proceed to trial August 16, according to a notice this week from law firm Hagens Berman Sobol Shapiro LLP. Apple's repair terms and conditions state that,...
Read Full Article • 204 comments