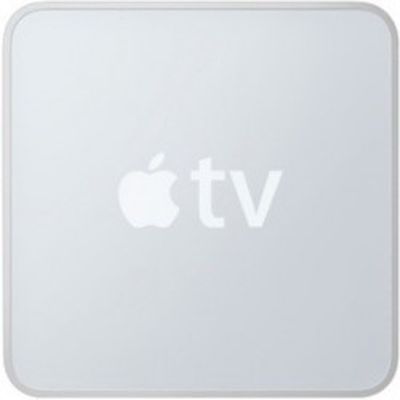 Over the weekend, Apple's first-generation Apple TVs were unable to access iTunes, an issue that affected Apple TV owners worldwide.

It appears that Apple has resolved the problem as of Tuesday, with many first-generation Apple TV owners reporting on Apple's Support Communities that their Apple TVs are once again able to access iTunes.

Some iOS users have speculated that the Apple TV downtime, along with the downtime for FaceTime on iOS 6, could be caused by internal communication upgrades related to the Heartbleed security issue, but Apple denied that any of its “key services” were affected by Heartbleed.

Though the first-generation Apple TV appears to be functioning once again, many iOS 6 users are continue to be unable to access FaceTime.

Most likely not even this silences the conspiracy theorists....

Apple was testing the waters to see what they can get away with...


Were people as whiny back in the PowerPC days whenever there was the tiniest outage or unsupported product?


No, definitely not. But I think that has to do with a combination of factors:

* I started using Macs in 1996, where Apple would stop supporting a CD-Rom or HD from one upgrade to the next. There was no Macrumors at that time, but in the science community it was generally accepted that this happens.
* The demographic here has become more young and vocal, but many lack business experience and / or knowledge. Hence all these discussions about innovation, copying, patents etc. I learned not to discuss topics that I don't fully understand, but many here are not inhibited by such thoughts.
* Many companies are mimicking Apple's business model in parts and are becoming true competitors. A good example is Samsung. In some instances Samsung is even more successful than Apple, such as store display positioning and design (although they still make the ill-advised mistake of displaying dummies in stead of functioning products). People can more easily compare between Apple and its competitors.
* Apple has grown and more people own Macs or related products. This has increased visibility, scrutiny and has enlarged opinions. It is now more easy to rally a group behind a certain vision.

This last point happens all the time on this board, as was the case on the related topic where people mistook the ATV first generation service malfunction as a planned and deliberate thing. From a business point of view it doesn't make any sense for Apple to do this, but there is no way to discuss this in a fact based manner or by the usage of clear business logic.
Score: 5 Votes (Like | Disagree)

peterdevries
Most likely not even this silences the conspiracy theorists....
Score: 5 Votes (Like | Disagree)

diddl14
Great! Leaves a spark of hope that also FT for iOS6 will be restored...
Score: 3 Votes (Like | Disagree)

Most likely not even this silences the conspiracy theorists....


must say i didnt expect this kind of lowbrow post from you.

as one poster on here said that the disconnection fit apples recent behavior to a T and when apple dosent communicate at all there is nothing wrong with people speculating. if you want to call them conspiracy theorists (although i think you ought to look that term up) do that but they have been created by apples behavior. if anything its a sad indictment of apple that one could even speculate this to be an intentional act.
Score: 2 Votes (Like | Disagree)

scottwaugh
Good to see Apple fix this up nice and quick…
Score: 2 Votes (Like | Disagree)
Read All Comments