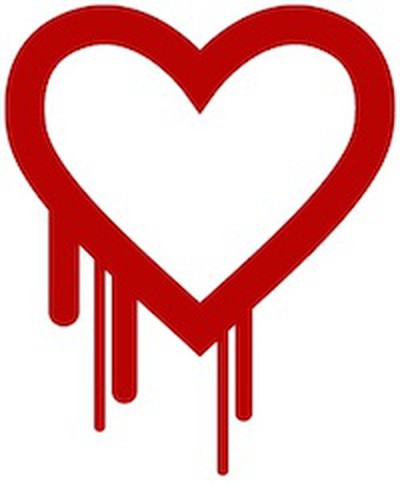 Apple today released a statement to Re/code confirming that iOS, OS X and "key web services" were unaffected by the widely publicized security flaw known as Heartbleed which was disclosed earlier this week.

Heartbleed was a security flaw in the popular open-source software OpenSSL which helps provide secure connections between clients and servers. Due the ubiquity of OpenSSL, Heartbleed is believed to have affected approximately 66% of the internet.

Security blogger Bruce Schneier describes the issue as "catastrophic" and on "the scale of 1 to 10, this is an 11." The flaw allowed servers to leak server memory to a malicious attacker, allowing hackers to extract login/password and other private data from a server. Users are recommended to change their passwords on all services that may have been affected. Mashable provides a list of services where you should change your password. Fortunately, MacRumors Forums were unaffected by the security flaw.

Jedibugs
That's good. You know if Apple had been affected, all the headlines would be reading "Apple's Security Failure"
Score: 19 Votes (Like | Disagree)

BornAgainApple
This is what a Walled Garden gets you :apple:
Score: 19 Votes (Like | Disagree)

dugbug
Apple could not resist that zinger :p

To people above me: right - remember SSL issue from not long ago?
The garden is walled, except for wholes found from time to time.

hmm, I'm gonna think about that while I enjoy my hore.
Score: 15 Votes (Like | Disagree)

It's not important that Apple takes security very seriously and it doesn't even matter in this case - nobody (maybe except for the NSA^^) knew about this issue, so there wouldn't have been anything Apple could have done.

Not exactly. OpenSSL has gotten a lot of flack in the past for being a shoddy library. There's plenty of security researchers who've looked through the code and said it's a mess. So perhaps Apple knew to stay away where possible. In other cases, it was a lucky accident that they pinned OpenSSL on OS X to the older 0.9.8 which wasn't vulnerable.

Either way, it's a PR win for Apple, especially compared to Android which is vulnerable. And you can bet that many of the old versions of Android people are running will never get patched by carriers.
Score: 14 Votes (Like | Disagree)

SILen(e
Their statement contained a bit of marketing blahblah.

It's not important that Apple takes security very seriously and it doesn't even matter in this case - nobody (maybe except for the NSA^^) knew about this issue, so there wouldn't have been anything Apple could have done.
Score: 13 Votes (Like | Disagree)
Read All Comments