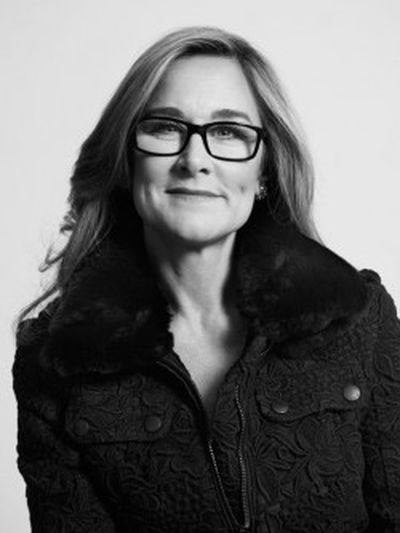 Burberry chief executive Angela Ahrendts resigned last October from the British luxury fashion house to join Apple as the head of its retail division. According to The Guardian, Ahrendts is free to leave Burberry this month, having fulfilled her six-month notice period, but her actual exit date is not yet known.

Ahrendts may be staying longer at Burberry to help smooth the transition over to her successor Christopher Bailey, who is currently serving as the company's chief creative officer. Money also may be a factor in Ahrendts leaving as she is slated to receive a two million pound bonus in June for her recent performance as Burberry CEO.

"It's a big sum of money. In some ways it would be good to see the business moving on after six months of handover time. You want to see clarity," said Rahul Sharma, an analyst at Neev Capital.

But he said investors were also likely to feel reassured by Ahrendt's presence ahead of some big moves for Burberry and continuing concerns about Bailey's ability to combine his creative role with that of a chief executive.

"That is a big concern in the back of investors' minds and Ahrendt's presence delays that point of judgment," he said.

Another factor may be Ahrendts' critical role in Burberry's revamped Japanese business strategy, which involves severing long-term apparel licensing agreements in 2015 and creating its own distribution system in the important Asian market. Burberry is expected to confirm this plan as part of the company's annual report next month.

Ahrendts will join Apple as the Senior Vice President of Retail and Online Stores, a position that has seen significant turnover in the past several years. In 2011, Ron Johnson left Apple for J.C. Penney, after building up Apple's retail presence during his 11-year tenure. Johnson was replaced by Dixons CEO John Browett, who served less than a year at Apple.

She's turned Burberry around for sure, it's amazing the growth it's had over the last few years

One of the FEW good moves in the Tim Cook era


It's all to easy to be critical, but in fact we know almost nothing about the inner workings of Apple (or any other company), and not especially at the top levels where the big fish swim. It's a wild guess at who will work out and who will fail. Ron Johnson, who was so successful at Apple, was a total disaster at JC Penny, and contrary to the partisan feelings in places like this, it wasn't the company's fault. Of course we hope Ahrendts will work out at Apple but we really don't know yet whether her skills will translate to this assignment.
Score: 6 Votes (Like | Disagree)

scbn
Hmmm... She's been so successful over there. What motivated her to leave her current position? Maybe she'll be the next CEO for Apple?
Score: 3 Votes (Like | Disagree)

Aluminum213
She's turned Burberry around for sure, it's amazing the growth it's had over the last few years

One of the FEW good moves in the Tim Cook era
Score: 3 Votes (Like | Disagree)

We don't know the entire story about Browett, but the sense I got was that he was hired to apply some of his mass-market retail knowledge to making Apple Retail more efficient, and got canned for actually trying to do it. Maybe he tried to do too much too quickly. That was Johnson's apparent mistake at JC Penny.


The Dixons group (the company that he came from) have one of THE reputations for customer service, over here in the UK.

They are the epitome of the Sell it now (telling you whatever they have to, to get the sake), don't care if it fails when you get home" culture, that is the polar opposite of Apple.

Certainly here in the UK, there was a huge "WTF" moment, when we read/learned that he was going anywhere near Apple retail.

I honestly can't think of another company that would be a poorer match to Apple.

I'm not blaming Browett alone, but the buck stopped with him, and all of the group's companies had the same "just don't care" approach.

Dixons went online only a few years back, that left Currys & PC World (puke). Not that long ago Currys & PC World merged their stores to become Currys/PC World, but the "service" levels were still rock bottom (at full RRP too).

John Lewis have proved (via their large profits) that people are willing to pay full RRP, just as long as the service is good, but Dixons group still seem to strive to do the opposite.

I still think they'll be the next high St name to go under.

IMO, Browett at Apple was never ever going to work.
Score: 2 Votes (Like | Disagree)
Read All Comments