A screenshot of an iOS 8 homescreen with the new Healthbook, Preview and TextEdit icons was posted to China's Weibo microblog and spotted by 9to5Mac. The source of the screenshot cannot be verified, but insiders close to 9to5Mac claim the icons represented in the image are legitimate. 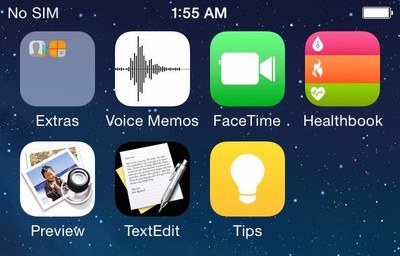 Healthbook is Apple's rumored fitness app for iOS 8 and its icon revealed in the screenshot loosely matches earlier descriptions. It may connect to the iWatch and track vital health and fitness parameters such as calories burned, heart rate and potentially other statistics like hydration and blood glucose levels.

Preview and TextEdit may debut in iOS later this year as part of an expansion of Apple's iCloud service. Their icons mirror those of their OS X counterparts, which is unusual as Apple uses different icons for its OS X and iOS apps. This suggests the icons are placeholders and may change before the apps are released. Tips is an unknown app, and its role in iOS 8 is not certain.

Overall, the screenshot shows the iOS 8 design appearing essentially identical to that of iOS 7, although this may change over time as work continues on the next-generation operating system. Apple is expected to unveil iOS 8 later this year at WWDC 2014 and release it publicly sometime this fall. Besides underlying improvements to services like Maps and Siri, it also is expected to include health and fitness features that will integrate with Apple's iWatch wearable device. 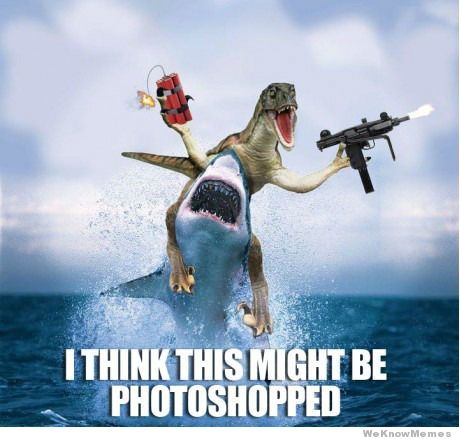 pgiguere1
Mark Gurman from 9to5Mac has a 100% perfect track record when it comes to his own sources. Yeah, 100%, he’s never been wrong so far out of the 30 times he chimed in on something and it later got verified.

And now he’s saying:
"I have confirmed with several sources that these shots are legitimate"

Of course those OS X-esque icons are placeholders, but I would still expect those feature in iOS 8 judging by Gurman's accuracy.
Score: 35 Votes (Like | Disagree)

They could just as well call it iOS 7.2 :rolleyes:


Yes this is absolutely everything that will be featured in iOS8, there will be no other features.

Apple doesn't typically use OS X icons as placeholders for iOS (as far as I can remember), so my first guess is that this is obviously fake.

Lol! So they have just shrunk the preview and textedit icons from OSX and put them over black/white block colours. Obviously fake.

Looks fake to me. And there will no chance that Apple will use the exact same icon found on OS X for iOS.

CJM
So the source is well known and oft-confirmed and yet still the MacRumors community can't bring themselves to pull their heads of the sand without screaming fake!!

Clearly they are placeholder icons. Grow up already.
Score: 14 Votes (Like | Disagree)
Read All Comments