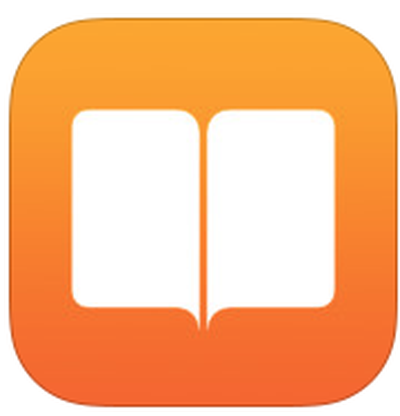 Michael Bromwich, the external compliance monitor assigned to Apple as a result of its e-book antitrust case, has filed papers in a U.S. District Court accusing the company of being uncooperative and obstructive in his investigation, reports The Wall Street Journal.

The lawyer stated that Apple characterized his team's activities as a “roving investigation“ with no worthwhile purpose, even going on to say that individuals within the company purposely blocked him from interviewing top-level officials and senior executives.

On Monday, Mr. Bromwich said he routinely met with top management at the three organizations he previously monitored and had "never before had a request for a meeting or interview in a monitoring assignment rejected or even deferred."

"This is far less access than I have ever received during a comparable period of time in the three other monitorships I have conducted," Mr. Bromwich said.

According to the emails filed by Mr. Bromwich, his relationship with Apple was rocky from the start. After Mr. Bromwich sent Kyle Andeer, Apple's director of competition law, an email detailing his rates and the contours of his oversight, the wide gaps between the two party's expectations came into focus.

The news follows a formal complaint filed by Apple last month over Bromwich's handling of the case, stating that the lawyer charged exorbitant fees that the company was unhappy with. Following two weeks of work, Bromwich sent Apple an invoice of $138,432, which the company described as "unprecedented in its experience." Apple also spoke out against Bromwich's requests for interviews with high level officials, stating that the lawyer was overstepping his bounds.

In July, Apple was found guilty of of conspiring with five publishers to raise the retail price of e-books, following a lawsuit brought by the United States Department of Justice. As a result of its punishment, Apple was ordered to hire an external compliance monitor to ensure that the company complies with all antitrust requirements in the future.

Apple also continues to deny that it engaged in price fixing and filed a notice in October to appeal the case, with the company likely to submit its formal arguments in early 2014.

Update: The Justice Department has urged Judge Denise Cote to reject Apple's requests and that the attacks on Bromwich "only highlight the critical need for his monitorship to continue uninterrupted", saying the company was looking to "shield its highest-level executives and board members from the perceived inconvenience" of meeting with the court monitor.

More important things to do than comply with something they have been ordered to do as a result of a court case?

Apple is not above the law.


Neither is Bromwich. He had a specific remit to monitor compliance, and not to conduct a witch hunt at $1025-$1100/hr. He sounds like someone who is used to getting his way and sees Apple as a gravy train.

He's a former DOJ attorney who is now raking it in as a "contractor," using his connections with the judge (who seemingly was biased and has a great chance of being slapped down by the appellate court).
Score: 20 Votes (Like | Disagree)

And y'all say Samsung are sly buggers. Apple are just as bad.

Like it or not, Apple has to comply and it they don't they'll be on the losing end of a judgement to force them to do so.

Did you read Apple's complaint against him?

I find it hard to believe anyone can think Apple is in the wrong here once you've read what this guy's been asking for.
Score: 17 Votes (Like | Disagree)

Apple also continues to deny that it engaged in price fixing and filed a notice in October to appeal the case, with the company likely to submit its formal arguments in early 2014.


I wonder who is paying for this "compliance monitoring" when Apple's appeal is successful. Here is theregister's take on the situation:

"The biggest negative in 2013 was the bizarre decision from Judge Cote in the ebooks price-fixing case, which handed Amazon a retail monopoly: permitting it to sell books at below cost, while tying Apple's hands. Bizarre, because harm wasn't demonstrated - prices across the market continued to fall - and the long-term consequence is a less competitive book industry. Expect it to look much more like Hollywood each year. And not in a good way".
Score: 15 Votes (Like | Disagree)

DipDog3
Bromwich sounds like a crybaby. Apple executives have more important things to do than interview with someone who is overseeing iBooks. I doubt iBooks even shows up as a blip on the revenue stream.
Score: 14 Votes (Like | Disagree)

And what law is he breaking?

Well, for one, the secret meetings he's had with the judge are against the rules.

The judge has both said that the meetings aren't happening and then that they'll promise not to do them in the future, which is an odd thing to say if they never intended to do them.

And I know there's no law against demanding to meet Jony Ive and Al Gore, but it sure a hell makes me think this guy is going WAY outside the scope of his assignment. Or does that seem normal to you?
Score: 12 Votes (Like | Disagree)

waldobushman
Before an opinion should be made, one needs to parse the actual order regarding the monitor's charge. Monitor's are not allowed to run the company, or second guess management.

So, Apple's argument would be he is overstepping his assignment and attempting to interfere with management.
Score: 11 Votes (Like | Disagree)
Read All Comments